Rural photographer Fiona Lake to speak at the first AWiA. 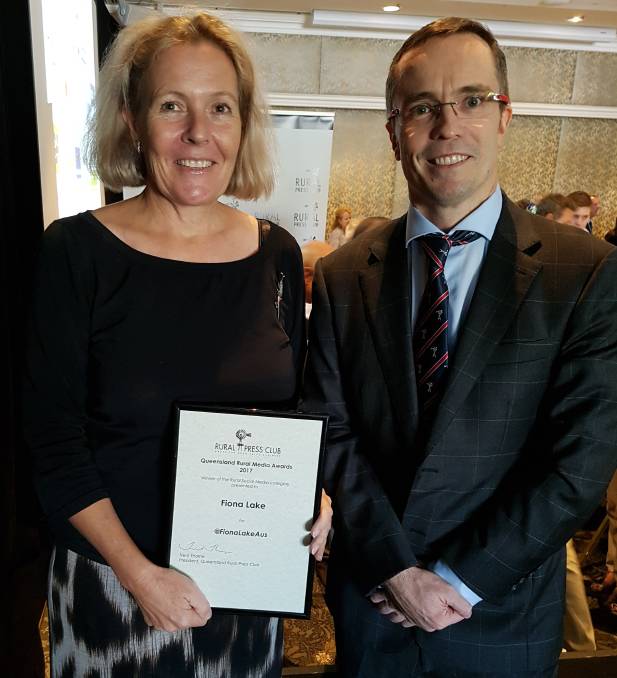 Australian Women in Agriculture is excited to host their first event at the 2017 Toowoomba Royal Show on Saturday, April 1.

The event supported by the Toowoomba Royal Show will bring together agricultural women from across Queensland and from interstate to enjoy a gourmet brunch, network and hear from award-winning outback and rural photographer and rural advocate Fiona Lake.

Fiona will present ‘giving it your best shot – trial and terror in life and photography’, and it promises to be dynamic and engaging as she tells her story of photographing the work and life of Australia’s rural and remote communities.

Fiona's presentation will include examples of her ‘trial and terror' entrepreneurial habits; triumphing over obstacles even if such persistence borders on crazy, the compromises women make and changes she has seen in the bush.

It will be illustrated with favourite images taken across Australia over several decades.

For almost 30 years Fiona has been dedicated to explaining the life of 'out of sight, out of mind' remote Australian residents, to foster respect, preservation of culture and more equitable government policies.

Career highlights include being invited to speak at the inaugural Farmers on Film festival in the UK, and the first Australian appointed to the three-person judging panel for the International Federation of Agricultural Journalists 'Star Prize for Photography'.

Fiona is also one of the few photographers to have had an exhibition opened by then Governor General of Australia Major General Michael Jeffery, at the Australian Stockmen's Hall of Fame, Longreach.

“We’re excited to have Fiona joining us for what promises to be an uplifting morning. AWiA is proud to be collaborating with Toowoomba Show to provide the opportunity for agricultural women both local and from interstate to come together, engage with the board and develop their networks,” AWiA President, Sarah Parker said.

Tickets for the event are available by contacting AWiA president Sarah Parker on 0418 883 250 or by booking through the website.

Win a tick to AWiA event

Queensland Country Life is delighted to have two tickets to give away to this AWiA event.

The tickets are valued at $35 for AWiA members and $60 for non-members. All tickets include entry into the Toowoomba Showgrounds. The competition closes at 5pm on Tuesday, March 21, and the winner will be announced on Wednesday, March 22.