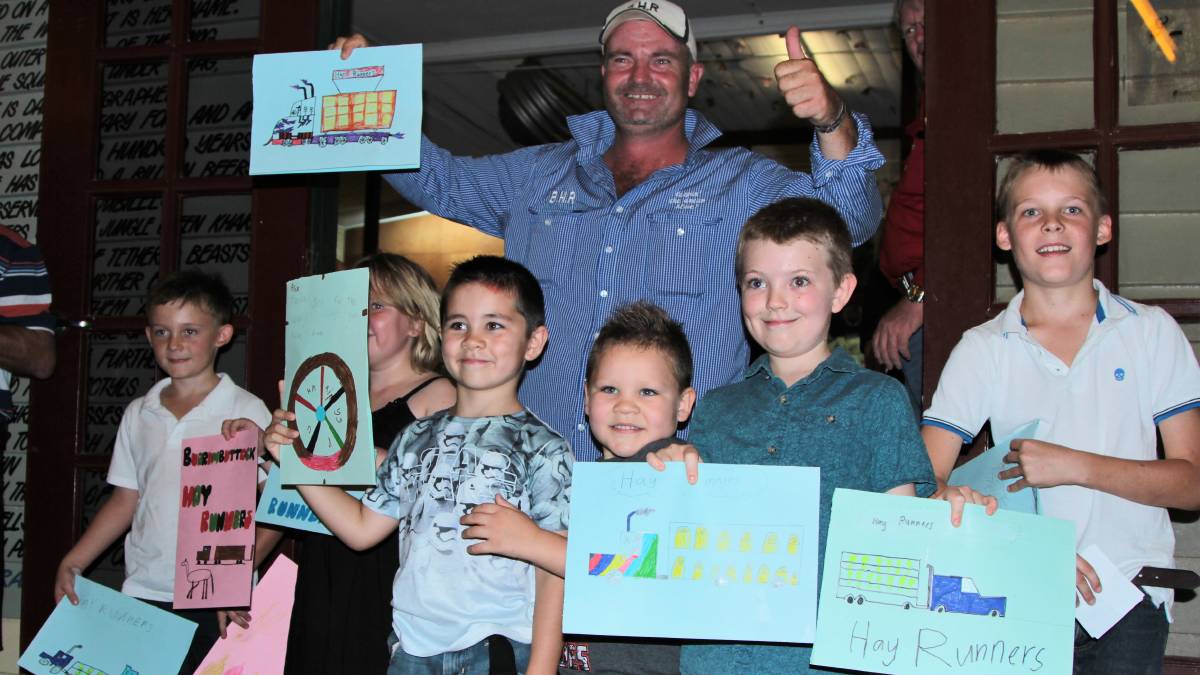 A presentation from a group of children representing the Ilfracombe State School received a deafening ovation at the Burrumbuttock Hay Runners’ overnight rest stop on Friday night.

A presentation from a group of children representing the Ilfracombe State School received a deafening ovation at the Burrumbuttock Hay Runners’ overnight rest stop on Friday night.

As the students held up the cards they’d made, school leader Harry Marshall made a short speech to express the grateful thanks of the small community east of Longreach for the generosity it has received from past hay runs.

Ilfracombe has been the headquarters for the previous two massive drought relief drives to western Queensland, in January and April 2016, and its racecourse facility received a new bar when a call on the BHR Facebook page raised $10,000 in 24 hours for the cause.

“We are all very grateful and in return we made you these cards,” Harry said. “We wish you good luck at Muttaburra.”

The gesture spoke volumes to the Hay Runner crowd gathered at the Wellshot Hotel after two days of driving, bringing home to them the value of their volunteer work.

Three following speakers from the wider Longreach community reiterated the message of how valuable their work is.

Peter Spence spoke of how his family had lost country north of Muttaburra from the effect of drought and low wool prices, while Shona Moffat spoke of the effect the worst drought ever seen in the region was having upon her family, and Sheila Back expressed her thanks as the beneficiary of previous hay runs.

“We gained a benefit from the hay, but the fact that you care enough to drive thousands of kilometres in your trucks to do this for us, means so much,” Sheila said.

It was the same message from Peter: “Where you’re going, to Muttaburra, people have been in drought there for five years. What you are doing means more than what the government can give them. It’s people helping people.”

In response to his comment that the people of the west don’t know how they’ll ever repay the generosity shown, there were plenty of replies from the truck drivers present.

“Keep feeding us all mate,” was the general response. “Just keeping doing what you do,” was another.

Founder of the effort that has moved over $170m worth of donated goods to producers in dire need, Brendan Farrell said the speakers showed the convoy participants how real their work was.