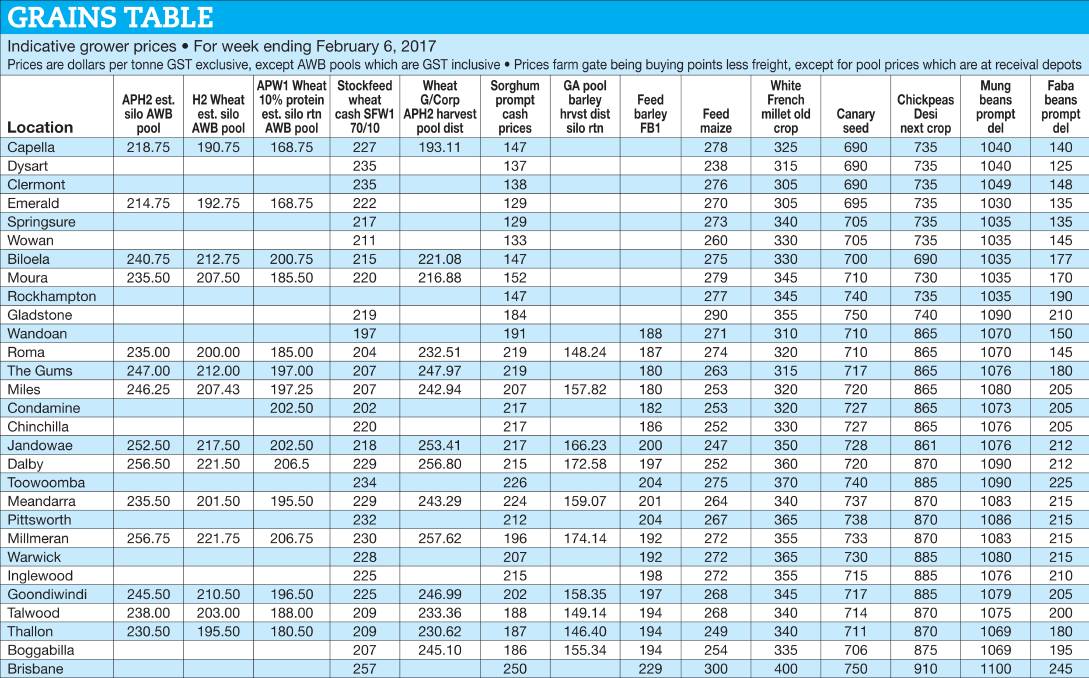 Sorghum crops across southern Queensland and northern New South Wales can expect no reprieve from the extreme heat with forecasters saying high temperatures are set to continue into next week.

There was no relief from the temperatures last week and forecasters are saying the excessive heat is set to continue into next week.

Last week’s daily temperatures across the Darling Downs in the high 30’s and sometime nudging 40 Celsius were 6 to 8 degrees hotter than the average for this time of the year.

The patchy nature of the December rainfall means some areas of the northern Downs are still sitting on good moisture and have escaped any significant yield losses. But for the most part, summer crops are shrivelling with the intense heat, with yield prospects slipping away with rain desperately needed to stop further declines.

Early sorghum harvest has been brought in a week to 10 days earlier than normal as a result of the heat and limited rainfall. A few farmers have started harvesting early sorghum but are concerned about quality, fearing high screenings and small seed because of the season.

Despite the global abundance of wheat and grain supplies, Southern Queensland prices remain well supported. Farmers remain slow sellers in the northern marketing, having the benefit of cashing in good chickpea crops and good values and are not in a hurry to quit cereals at current prices. Particularly with the declining summer crop prospects.

Domestic demand remains robust. Lot feeders continue to absorb large volumes of grain which is soaking up any of the nearby farmer selling. Despite a decrease in Queensland cattle on feed numbers in the third quarter of 2016, feedlots appear to be keeping their pens reasonably full aided by the cheaper grain prices. Smaller feedlots also have been active in the grain markets, as farmers look to take advantage of the lower grain prices.

Increased demand for sorghum by the Dalby bio-refinery is also helping to support sorghum values against other grains, such as wheat and barley.

Significantly smaller sorghum plantings as well as shrinking yield prospects is helping to support northern grain markets. Sorghum prices into Brisbane gained $6 to $231 a tonne last week. This represents a solid premium to ASW wheat into Brisbane at $225.

The pace of Australia’s wheat exports picked up in December as the new crop supplies became available. Recent ABS data showed that 1.6 million tonnes of wheat was shipped from Australia in December up from around 900,000 tonnes in November.

Australia doesn’t publish wheat stocks, but if they were to be published, they would be sharply up on last year.  The record large 2016-17 wheat crop of 33.5 million tonnes was 9 million tonnes bigger than the previous harvest while October to December wheat exports were close to unchanged on a year ago.