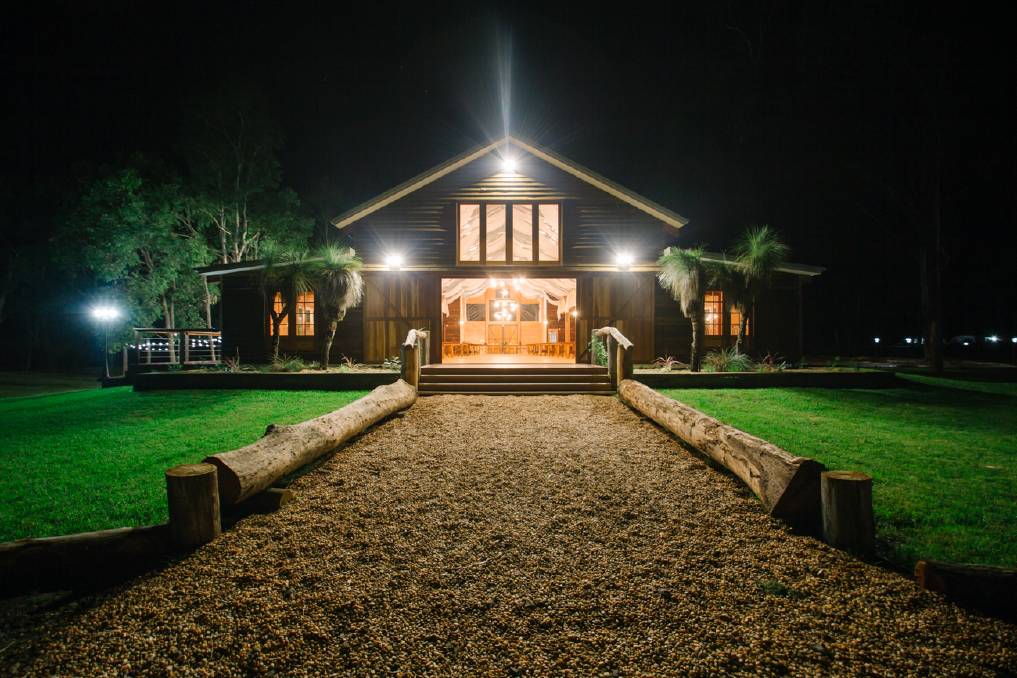 The black tie charity ball drew a festive crowd of 130 guests raising approximately $8000 in support of Tie Up The Black Dog.

Sarah Campbell (formerly Gordon) and Sam Campbell, who recently married on the property, built the barn with the Gordon family to expand and diversify the family business.

The fifth generation cattle property, Gordon Country, has been running as an eco-tourism destination for over 40 years just 50km from Warwick on the Great Dividing Range.

“We were seeking a different revenue stream and recognised a gap in the market for luxury rural experiences. We wanted to offer a more modern take that appealed to the younger generation - it’s not all woolsheds and R.M boots,” said Sarah Campbell.

Sarah believes the younger generation of farmers face new challenges today and many are moving away from home due to job necessity.

“There is so much untapped potential in the bush. It’s just a way of finding it and making it work.”

Guests were spoiled with top-notch canapés by the Campbell sisters; Prue and Gabby of The Radish Kitchen coupled with acoustic tunes by Josh Mcnz and DJ Cameron Amos (Daddy Dollarz) who entertained the crowd.

An eclectic mix of young agricultural entrepreneurs supported the event, including Charlotte Durack of AgriCreative who designed the event artwork.

The evening was a collective effort created by a team of 14 committee members from across the state, each celebrating the bush and supporting one another for a good cause.