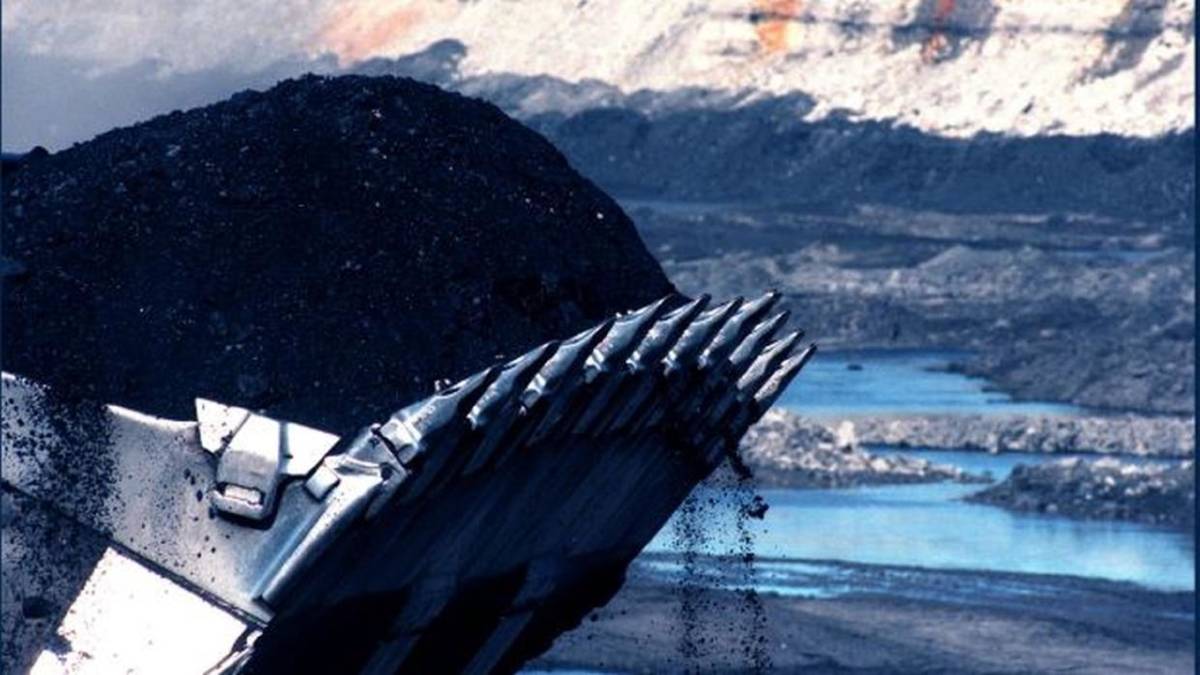 ECONOMIC BOOST: The long awaited $21.7 billion Carmichael coal and rail project has finally been given the green light.

The long awaited $21.7 billion Carmichael coal and rail project has finally been given the green light.

ADANI’s long awaited $21.7 billion Carmichael coal and rail project has finally been given the green light after receiving its final major state and federal approvals.

Minister for Resources and Northern Australia Matt Canavan said Carmichael was great news for regional Queensland and would boost the Queensland and Australian economies.

Adani proposes to build a 60 million tonne a year thermal coal mine north west of Clermont, a 388km rail line to Abbot Point and a new 35mt coal terminal at the port. Up to 600 jobs will be provided by the pre-construction stage and the project is expected to provide 10,000 direct and indirect jobs as it rolls out.

“This is one of the reasons the Coalition Government remains such a strong supporter of development in the resources sector, including through projects such as Adani’s Carmichael mine,” said Senator Canavan, who met with Adani Group chairman Gautam Adani in Townsville yesterday.

The Adani Group today announced that Townsville would be the site of the project’s regional headquarters, while centres including Mackay, Bowen, Rockhampton, Emerald, Clermont, Moranbah, Collinsville and Charters Towers would also provide support services.

“This is a massive project with enormous potential to provide jobs and growth in regional Queensland at a time when most other major resource projects have moved from the construction phase to the less labour-intensive production phase,” Senator Canavan said.

“All that infrastructure has to be built and operated, and that means jobs and income for thousands of families, especially in regional centres in Central and North Queensland. It’s great news.”

Senator Canavan said the Galilee Basin’s high-quality coal was an optimum fuel for the modern, highly-efficient electricity generators being built in India.

“Let’s not forget that, along with thousands of jobs in Queensland, our coal will provide electricity to 100 million people in India, significantly improving their quality of life as well.

State development minister Anthony Lynham said the final approval this week was for about 31.5km of permanent rail line into Abbot Point, as well as a temporary construction camp with up to 300 beds. The line approved this week will form part of the 389km standard gauge, heavy haul railway line from the mine about 160km north west of Clermont in the Galilee Basin to the coal export Port of Abbot Point.

Premier Annastacia Palaszczuk said Adani had commited to sourcing its workforce from regional Queensland and not using foreign workers on 457 visas.

Ms Palaszczuk defended delays in approving the project saying her government ensured the project went through a rigorous and comprehensive assessment process for the mine, rail and port development.

“We promised the people of Queensland, at the last election, that we would protect the Great Barrier Reef and Caley Valley Wetlands from disposal of dredged spoil from the Abbot Point port expansion,” Ms Palaszczuk said.

“We also promised the Queensland Government, on behalf of taxpayers, would not fund project infrastructure.

“We have delivered our commitments and now we look forward to the thousands of new jobs – direct and indirect – to be delivered from the Carmichael Coal project.”

Queensland opposition leader Tim Nicholls said the Palaszczuk government had done everything possible to impede the progress of the Carmichael project.

“Labor’s attempts to claim credit for the project are therefore an absolute sham,” Mr Nicholls said. “Labor has been dragged kicking and screaming to approve this mine. In a nutshell, the Adani mine is a triumph of LNP action over Labor inaction.”

Mr Nicholls said after the project languished under the Bligh government, the former LNP administration moved quickly to approve the environmental impact statement, create the Galilee Basin Development Strategy to fast-track major resource projects and streamline rail access to the port, and propose a land-based solution for dredge material at Abbot Point.

“Until then, Labor was set to impose yet another layer of environmental red tape on top of two years of suffocating delays.

“Labor has funded 11 cases brought by green groups against the project. Only after 18 months of sustained LNP pressure did the government finally approve the mining lease.

“The premier grandstands around regional Queensland talking about jobs in stark contrast to the facts: youth unemployment is more than 27 per cent in Cairns and above 17pc in Townsville.”

Australian Mines and Metals Association said the Carmichael project was overwhelmingly positive news for regional Queensland, the state and the nation.

“This project is expected to inject 500 new jobs into regional Queensland in its first phase, create up to 10,000 direct and indirect jobs throughout its construction period, and employ an ongoing workforce of 4500 during its long-term production phase.

“New multi-billion dollar mining projects are an extreme rarity in the challenging economic conditions currently facing resource operators globally. In recent years more than $160b worth of potential resources projects have been dropped from consideration in Australia, almost half of which was flagged for Queensland.

“Adani’s Carmichael project will be much more than a short-term boost for Queensland’s economy. With an operating life of up to 90 years, it will create opportunities for small business and provide taxation and royalties that will fund schools, hospitals and other community infrastructure for almost a century.”

AMMA notes that despite obtaining almost all approvals needed to begin construction, and complying with more 200 environmental conditions, efforts are still underway by minority activist and community groups to derail the project through continuous court challenges, appeals and protests.

Mr Knott says Australia can learn from the excessive and unnecessary costs and delays in getting the Carmichael project to its pre-construction phase, in seeking to improve our processes for assessing and approving future job-creating developments.

“It is not missed that as most of the country celebrates one of very few new major resource projects in Australia coming closer to fruition, there are ongoing strategies by vocal minority activist groups to frustrate and stall the project through Australia’s courts,” he says.

“While nobody should be denied their right to legally and responsibly object to a development on legitimate grounds, the continuous legal activism known as ‘lawfare’ seen in the Adani case is counter-productive to our nation securing future projects and the community benefits they bring.

“The irony of the anti-coal brigade is that Australia supplying developing nations such as Indian with their coal energy needs is not only good for our economy and jobs, but ultimately better for global CO2 emissions  due to the cleaner burning properties of Australia’s high quality thermal coal.

“In doing so, Australia is also strengthening our relationship with one of our most important emerging international trade partners, and doing our part in helping bring billions of people out of poverty.”

Townsville based Senator Ian Macdonald said project was the best Christmas gift the region could ever ask for.

“Coming on top of the Singapore defence deal, and the commonwealth funded stadium and eastern rail access corridor, and Sun Metal’s expansion plans, the Adani deal heralds a new future for the region,” Senator Macdonald said.

“The flow-on effects of Adani’s decision to base their operations here in Townsville, including their project management office, remote operating centre for the mine and port services, is going to benefit just about every industry in the city.”

“This justifies the Federal Coalition’s long-term support for Adani and coal exports, and the development of Abbott Point.”

Senator Macdonald said it was estimated there would be 500 to 600 jobs in the pre-construction phase alone. starting with today’s announcement.

“By strategically placing their Project Service Centres across the region, in Emerald, Clermont, Moranbah, Collinsville and Charters Towers, and centralising their rail and port operations in Mackay and Bowen, this will ensure maximum benefit for those areas that have been hit most hard by the economic downturn,” Senator McDonald said..

“We will look back on today as the turning point for the regional recovery which will put Townsville and North Queensland at the forefront of the multi-billion dollar Adani project for years to come.”

“While we don't yet know exactly how many jobs this will deliver for our community, we are delighted and deeply grateful to all levels of government who have worked together to see this project deliver this much needed economic boost,” Cr Strelow said.

“Three years ago this would not have been possible. Rockhampton was not on the radar.

“I pay tribute to our hard-working councillors who put Rockhampton on the mining stage again. Hours spent manning displays and promoting our capacity have paid off.”