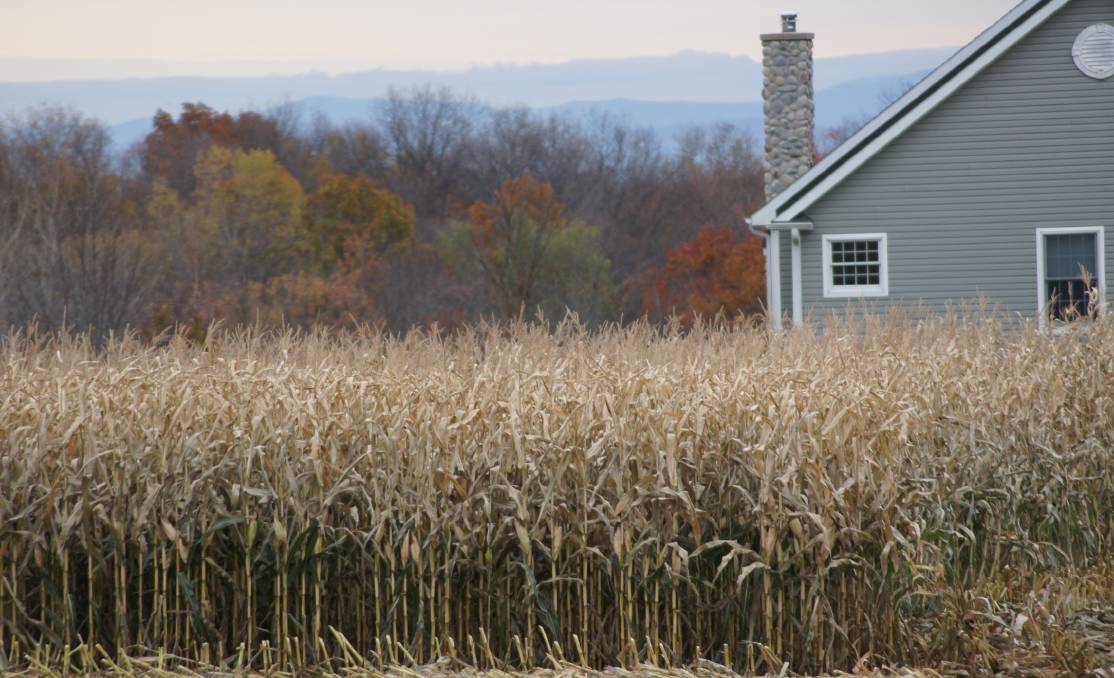 Crops like corn and soybean are growing in the US due to the development biotech traits while wheat has been slipping due to stifled innovation.

US President-elect Donald Trump’s position on crop biotechnology and supporting its continued development is a farm policy positive that must be preserved, says National Association of Wheat Growers (NAWG) President Gordon Stoner.

President-elect Trump’s policy stance on agriculture was virtually non-existent during the US presidential election campaign, even when rallying in rural communities.

But Mr Stoner from Outlook, Montana, said his non-partisan farm group now wanted to reach out to the incoming Republican administration, to dig deeper into its policy positions like free trade; especially approving the Trans Pacific Partnership (TPP).

He did however answer questions posed by the American Farm Bureau Federation to both of the Democratic and Republican presidential nominees, addressing issues of greatest concern to US farmers and ranchers.

The Farm Bureau published each candidate’s response including views on crop biotechnology innovation which they both backed in support of scientific reasoning on its safety.

“Our future food security will depend on science, technology and innovation to increase efficiency, adapt to droughts and fight plant diseases,” the Farm bureaus asked.

“As president, how will you ensure that new traits are reviewed expeditiously, that USDA’s GMO disclosure rules are focused on science and that solutions from science and technology are harnessed to meet the challenge of feeding a growing world?”

Mr Trump’s response said he supported technology use in food production, which had enabled American farmers to increase yields to levels “never before experienced in the history of the world”.

“Through innovation, American farmers are producing crops more resilient to drought, heat, and pests,” he said.

“Government should not block positive technological advancements in agriculture - agency reviews need to be streamlined with all unnecessary red-tape cut out.”

But he stressed consumers would continue playing a leading role in determining how biotechnology traits are developed for wheat crops.

Wheat is a commodity without biotech, domestically in the US, and a lack of innovation has seen its acreage suffer to other crops like corn, cotton and soybeans that are GMO and benefit from additional yields and agronomic gains that enhance producer profitability, he said.

“And ultimately it comes down to profitability – any grower that has an alternative to grow corn, soybeans or perhaps other crops, does so before they plant wheat because they can make more money planting those crops

“In part that is due to wheat’s lack of innovation; the other crops have insect resistance and you’re better able to manage weeds and pests but those things are not available for wheat.

“But it’s not just the administration; wheat is viewed as food and 20 per cent of the world’s calories come from wheat and some of the other crops that have innovation, that have biotech, really aren’t viewed as food and as such wheat needs to be very conscious of our customers.

“Many of our customers at this point are suggesting they are not ready for biotech and wheat has been very consignment of that.

“There are new innovative techniques out there, gene editing, that we are very hopeful the (Trump) administration will not consider them to be GMO and perhaps through some of the advanced breeding techniques, we can see wheat playing catch up and levelling the field.”

Mr Popoff said every industry group in America’s most important sector, farming, had wasted the last 16 years trying to compromise with a special-interest group - pro-organic farming activists - that had no respect for science.

But he said that wasted of opportunity would hopefully end on January 20 “when a businessman takes the helm”.

“Just 0.7pc of total farmland is organic in America but under the last two administrations this tiny tail wagged the dog in Washington DC, with nary a farm bureau, commodity group or industry lobbyist having the guts to stand up to organic activists who demand “protection” from technologies that pose no threat whatsoever to organic farms,” he said.

“Of these technologies, GMOs should, in truth, be embraced by these activists but they rejected GMOs purely for appearance-sake, all while President Obama stood silent, garnering support from both sides.”

Mr Popoff said crop biotechnology was the most important advancement in agricultural science in the last 100 years but had been attacked on the floor of congress and in the media.

He said it had also been “crushed under a mountain of useless red tape as stakeholders and politicians continue to agonise over how to appease the leaders of America’s diminutive anti-GMO sector”.

“Instead of driving this propaganda wedge deeper, President Donald Trump can return farming in America to what it was before a handful of activists took control in our nation’s capital,” he said.

“Failing such unity, brace yourself for European food prices; triple what you’re accustomed to paying, with no benefit.

“But, fear not dear friends, because something tells me that’s not Trump’s style.”

On the TPP and trade, Mr Trump said in response to the Farm Bureau’s questions that he would, as President, be an “aggressive proponent for defending the economic interests of American workers and farmers on the world stage”.

“I will fight against unfair trade deals and foreign trade practices that disadvantage the United States,” he said.

“I strongly oppose TPP as drafted and will work hard to develop trade agreements that are in the national interest and benefit American workers including our farmers.”

Farm Bureau President Zippy Duvall congratulated President-elect Trump but warned about the need for unity on farm policy rather than continued political divisions. 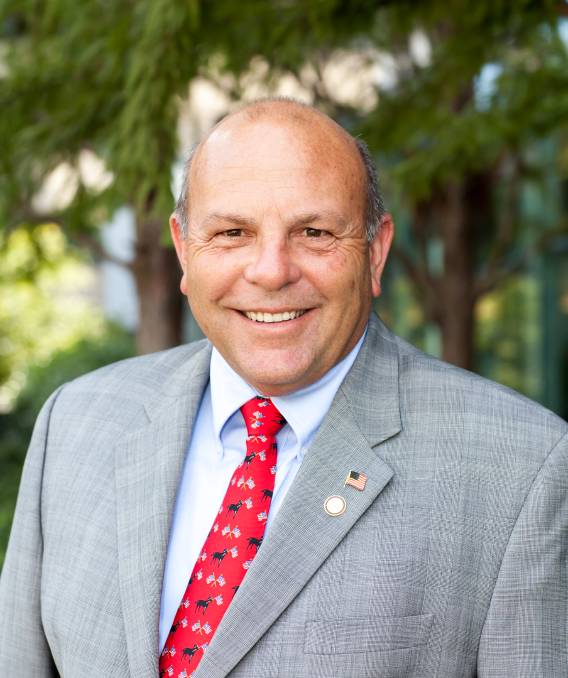 Mr Duvall said the important issues facing American agriculture “are not red or blue, but they are critical to the prosperity of rural America and our ability to protect our nation’s food supply”.

“We urge our elected representatives to reach across the aisle and come together to resolve the challenges we face,” he said.

“Farmers and ranchers understand that their businesses and their families have too much at stake to take a back seat on election-day and rural America clearly made a difference in this election.

“Now it’s time for our newly elected leaders to turn up for rural America and keep their campaign promises by addressing the issues that matter to the people who sent them to Washington.

“Farm Bureau looks forward to working with the new administration and congress on issues such as the farm bill, tax reform and a trade agenda focused on reducing barriers and expanding exports.”

Mr Duvall said America’s farmers and ranchers were working overtime to ensure the nation’s food supply was safe and sustainable and he urged elected leaders to “put that same diligence” into working to protect US agriculture by promoting innovation and ensuring an adequate workforce.

“We need regulatory reform that boosts farm businesses rather than shutting them down,” he said.

The NAWG and the US Wheat Associates (USW) also reiterated calls - first made nine months ago, following the signing of the 12-nation TPP - for the US congress to rapidly consider and ratify the historic trade agreement.

A joint statement said after a long and disappointing wait, a real window of opportunity for a vote on TPP would open when the legislative session resumed next week.

“We call on Congress again, to urge its leadership to allow an implementing bill to be considered as soon as possible,” the statement said.

Mr Stoner said wheat growers depended on export markets like those in South Asia and Latin America that are growing, but highly competitive.

He said when implemented, the TPP would “help ease the pain of low prices by expanding demand for our wheat in those markets”.

“Now more than ever, we cannot afford to lose even more momentum in these markets from congress letting this opportunity to ratify TPP slip by,” he said.

“At such a critical time, America’s farmers and ranchers need this agreement as a platform for expanding global markets for years to come,” he said.