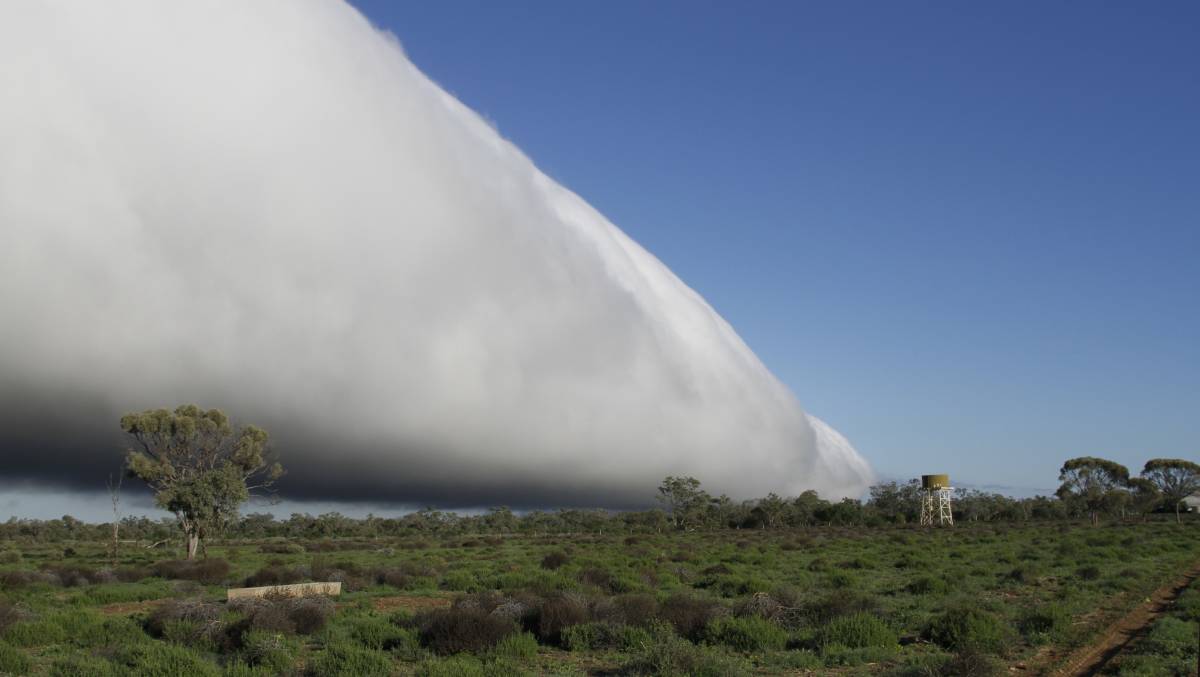 Rolling along: The cloud band at the front of the trough line rolling through the Blackall region on Saturday morning. Picture: Michael Butler.

A cloud phenomenon similar to the Morning Glory in the Gulf of Carpentaria rolled through central western Queensland on Saturday morning.

A cloud phenomenon similar to the Morning Glory in the Gulf of Carpentaria rolled through central western Queensland this morning.

Blackall grazier Mike Butler, who sent photographs to the Queensland Country Life, thought he was witnessing a band of fog at first.

“I looked at it again five minutes later, and said, that thing’s rolling towards us,” he said. “It came in with a whoosh of cold air and lasted for about five minutes. It’s completely clear skies now.”

Bureau of Meteorology forecaster Rick Threlfall said the unusual formation was associated with a cold front moving through, and meeting the warm air ahead of it.

“It’s pretty rare to get cloud visible like that – the air is usually too dry,” he said. “It’s unusually humid for this time of the year.” 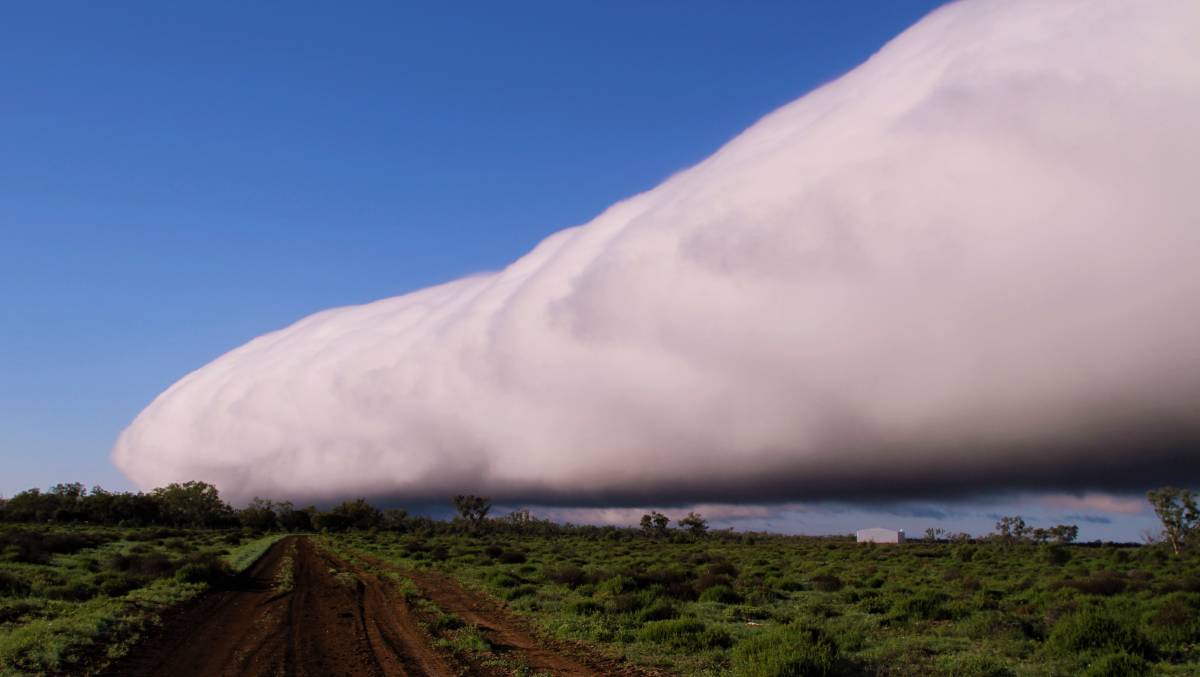 Big beauty: Another view of the roll cloud associated with the cold front moving across the Queensland interior on Saturday morning. Photo: Michael Butler.

He said while this cloud type and the Morning Glory were both roll clouds, the formation typical to the Gulf of Carpentaria came about in a different way, through the interaction of sea breezes with the Gulf coast.

“One the breeze collapses, the cloud rolls out,” he said. “You could certainly say they were similar types.”

He said it would be a pretty rare sighting in western Queensland but fitted with the unusual weather occurring at present.

Mr Butler said Blackall residents were seeking air-conditioning on Friday, in the middle of winter.

The temperature reached 27.4 degrees, not quite the July record of 31.3 degrees recorded in 1996.

Mr Butler said he’d recorded 55mm at Athol last week, on top of earlier rain, and his grass was starting to shoot with the combination of moisture and warmer weather.

“I’ve not seen anything like this out here before,” he said.