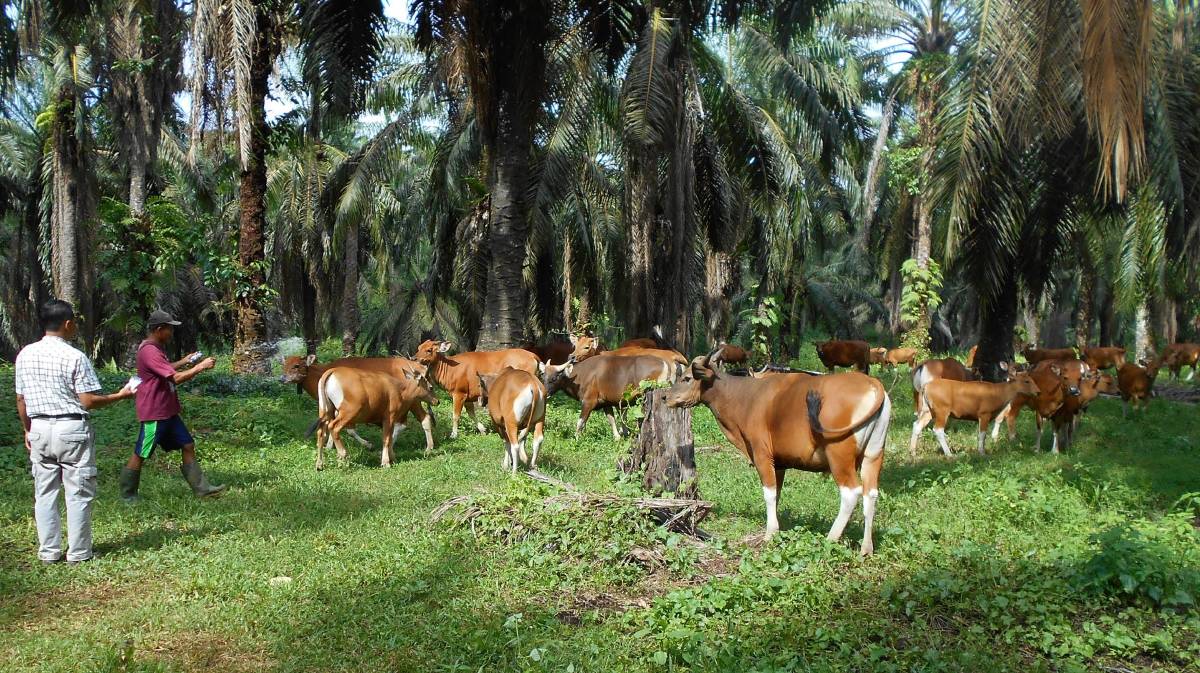 Big global palm oil player Malaysia has ramped up its integration of cattle production in palm estates with the assistance of Australian-sourced Brahman breeders to the point where there are now 9000 head distributed over 16 properties.

He presented an overview of integration work being done in Malaysia at the 2016 World Brahman Congress, held in Rockhampton, Queensland, this month.

“Anything that reduces costs and generates income is very much welcomed.”

His message was backed up by Indonesian-based market consultant Dr Ross Ainsworth, who spoke to Fairfax Media this week.

He said with 15 million hectares of palm plantations in Malaysia and Indonesia, palm oil prices down, cattle prices up and a world shortage of breeders, the scene was set for a trade that could provide much better prices for Australian producers than feeder stock. 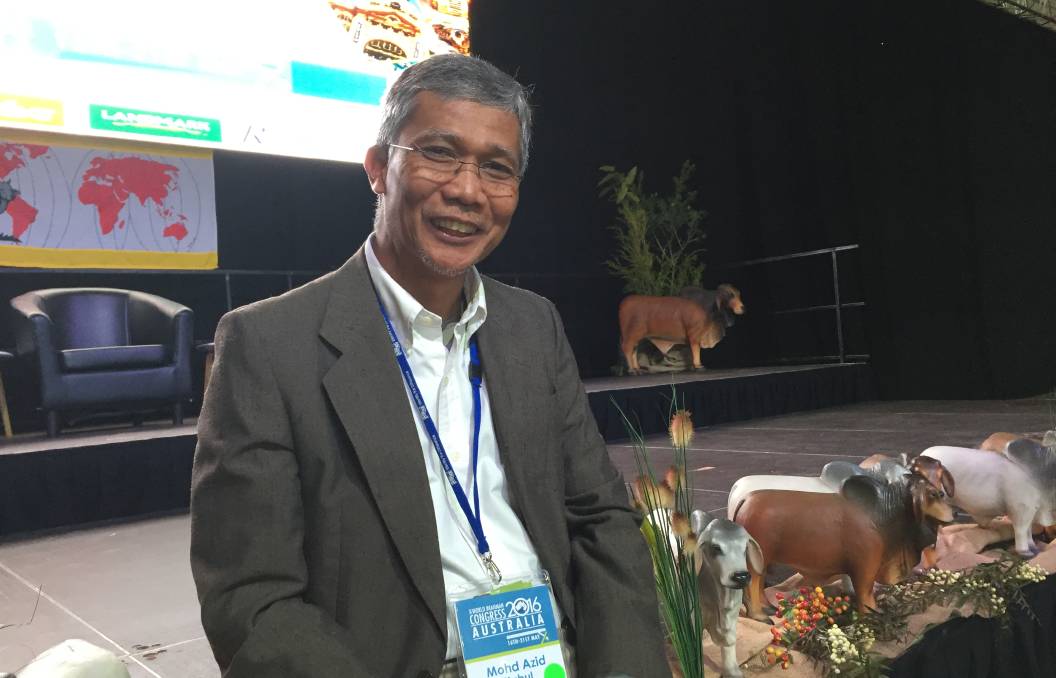 Australia was the only place plantation owners could get useful numbers of tropically-adapted cattle at reasonable prices and with clean disease status, he said.

“Within the next two years, that could easily be 30,000 breeders per year at a value much higher than feeders,” he said.

In Rockhampton, Dr Kabul said fattening cattle on grass grown under oil palms was one of the world’s most efficient beef production systems.

“Weed control is a big issue as they compete with palms for the uptake of fertiliser,” he said.

“Via the presence of cattle we have been able to introduce an effective biological control.

“We call the cattle ‘bio lawnmowers’.”

The system has lead to 68 per cent reduction in weed control costs in palm plantations.

Dr Kabul said grazing was synchronized with harvesting, fertilising and other applications so the vital activities in a plantation were never interrupted.

“We have found the cattle like to eat fronds so we make use of them, processing them into rations,” he said.

“Over 300 days of feeding, growth goes as high as two kilograms a day - we are very pleased with this result.”

He said the practice of running cattle under palms was strongly endorsed by the Malaysian Government as being environmentally sound, economically viable and socially acceptable.

“Plantation owners were a hard nut to crack but cattle are now accepted and the potential for  expansion is good as we need to build up our breeder population,” Dr Kabul said.

Australian Brahmans were suitable due to their highly adaptability to the hot, humid tropical conditions and genetic superiority, he said.

“Furthermore, local cattle is very hard to source,” he said.

Dr Ainsworth said the same was true in Indonesia.

“The problem is there are simply not enough local cattle to expand to the whole country,” he said.

“In addition, they are very slow growing so in terms of beef production they are not very effective.”

Plantations are mainly corporate-owned or state-owned but there were some family-owned enterprises.

The Indonesian Government was providing cash to buy cows.

As for the potential for the growth of local cattle production to curtail demand for Australian slaughter cattle, Dr Ainsworth said there was ‘not the slightest possible chance of it ever having a negative impact on Australia’s current feeder trade.’