It’s often said that the youth hold the future of an industry in their hands, and if Benn Wilson and state junior wool and sheep judges at the state sheep show are anything to go by, that future is bright. 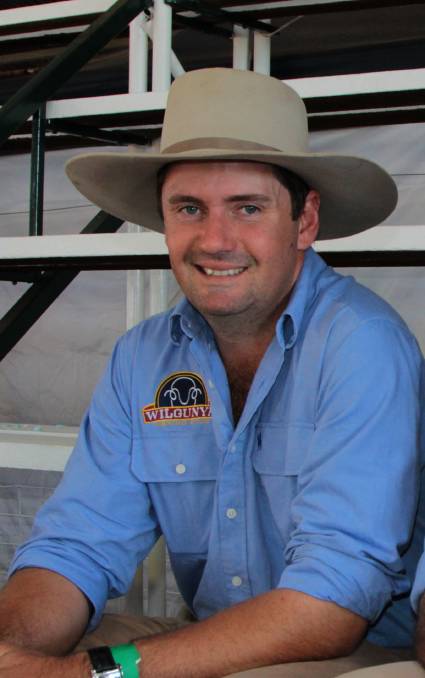 Youth on our side: Ben Wilson, Wilgunya, took part in a 10-day tour of woollen mills in China in February. Picture: Sally Cripps.

It’s often said that the youth hold the future of an industry in their hands, and if Benn Wilson and state junior wool and sheep judges at the state sheep show are anything to go by, that future is bright.

Benn, the son of Max and Heather Wilson, Wilgunya stud, Dirranbandi, told the Queensland Merino Stud Sheepbreeders Association gala dinner that he was adamant the sheep and wool industry had a future.

He took part in a 10-day tour of wool-processing facilities in China in February at the invitation of AWI and said it had been an eye-opener.

“If the whole process of wool is 12 inches long, woolgrowers are the first inch and China is another five inches.

“We grow our wool and wash our hands of it, but the science that goes into garments and to top-end fashion designers to keep them competitive, is amazing.”

Benn and others in the pilot study visited three woollen mills of varying capacity, and saw the processes of scouring, top-making, weaving, dying and garment-making.

One of the innovations that excited him was in sportswear.

“The winter Olympics are in China in two years – I hope we can capitalise on that with our wool,” he said.

As a consequence of his exposure to the possibilities available to woolgrowers, Benn told sheep show dinner guests that while exclusion fences weren’t “the be-all to end-all”, they gave young people a future.

“I encourage the older generation to look at fences in terms of future-planning – they give your children a future,” he said.

I I encourage the older generation to look at fences in terms of future-planning. - Benn Wilson

Both will now compete in the national finals in Melbourne.

Matthew has been an understudy to respected Barcaldine stud breeder Duncan Ferguson for four years and has taken part in five or six junior sheep judging competitions prior to his state win. He said this one was exceptionally hard.

Gregory hails from Brisbane and hadn’t had a lot to do with wool prior to studying at Longreach but said he felt confident, thanks to the teachings of his lecturers.