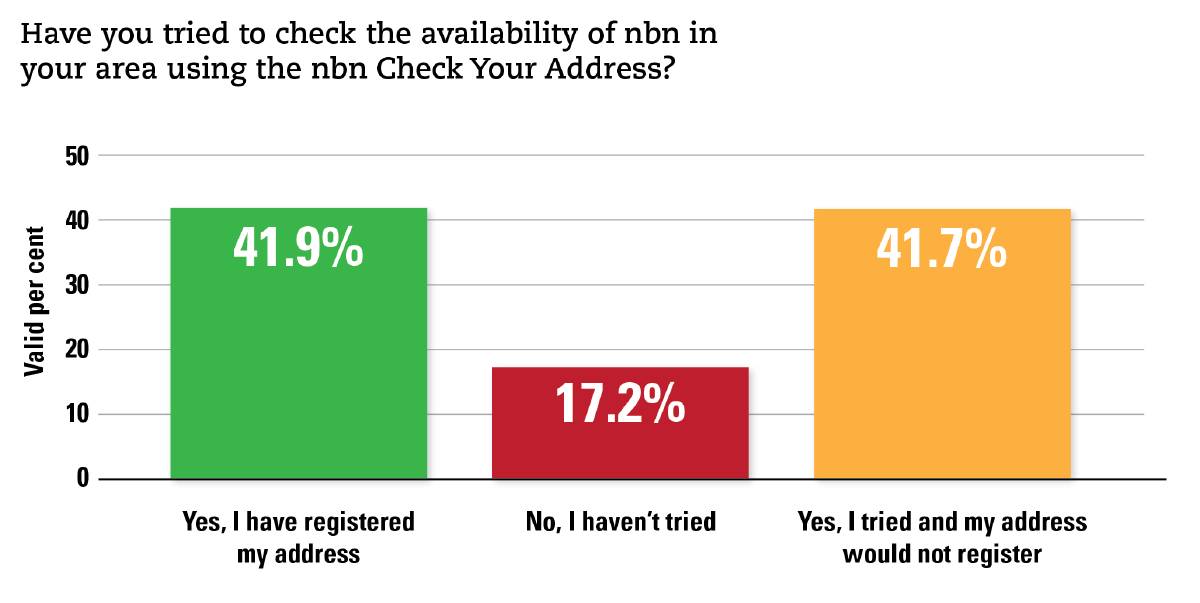 Service call: Data from BIRRR's regional internet access survey respondents shows that even getting connected to nbn is proving difficult for a number of people.

BIRRR this week released its ground-breaking 51-page Regional Internet Access survey results, reinforcing many of the anecdotal stories of frustration and despair that surround communications in the bush.

“The report found that rural, regional and remote people are severely disadvantaged in terms of access, speeds, cost and reliability of their internet connections, whether they be via mobile broadband or via satellite,” group co-founder Kristy Sparrow said.

“These issues continue to have a dramatic effect on rural, regional and remote people’s business, the education of their children and themselves, and on their personal well-being.

“It also illustrates the notion – even with the onset of nbn’s Skymuster satellite – that data growth will soon outgrow the nbn Fair Use Policy that will see 75GB/month peak use data limits on customers.”

Kristy said people were clearly worried that as more and more activities become data-hungry, current and proposed plans will be unable to handle the extra load.

“We already know data use growth is a continuing upward trend. The Australian Bureau of Statistics reports average broadband downloads grew more than 33 per cent from December 2013 to December 2014.

“This same report showed that, on average, each Australian household has eight internet-connected devices – already many bush connections cannot support that load, and there is increasing concern that data limits announced for SkyMuster by nbn co will simply not be sufficient into the future.

“Nor will it end the #datadrought. The Long Term Satellite is not a long-term solution for rural, regional and remote users of the internet.

“There needs to be an established service guarantee for internet services Australia-wide. Service should be equitable in terms of speed, download capabilities and costs.

“If this does not occur, regional Australia will be left even further behind.”

Fellow member Amanda Salisbury agreed that people had anticipated all the distress being experienced would be alleviated with Skymuster, and said there was a growing unease that it wouldn’t be, based on previous experience of technology uptake and an increasingly internet-based lifestyle.

Murgon hay farmer Claire Kapernick has used a maximum of 27GB of data a month but now that she’s connected to the SkyMuster satellite, she can see her household using all of their 60GB a month plan.

“We have four children, two at unit and two and the local high school. They’ve all got assignments to do.

“Two years ago we had a lot less internet and it was enough, but pages now are much more graphic.

“I’m just not sure that it will be enough in 12 months time.

Another major ‘sticking point’ in the survey is off-peak periods to be enforced via Skymuster.

“With much of the data available on plans currently being offered to customers looking to use SkyMuster only accessible between 1am and 7am, it is simply not ‘user friendly’,” Kristy Sparrow said.

Ms Kapernick concurred, saying she was no night owl and couldn’t see herself using much of her 30GB off-peak allowance.

“The survey illustrates clearly that regional Australians are frustrated with their current set-ups and not confident about long-term ‘fixes’ such as the SkyMuster satellite (LTSS),” Kristy concluded.