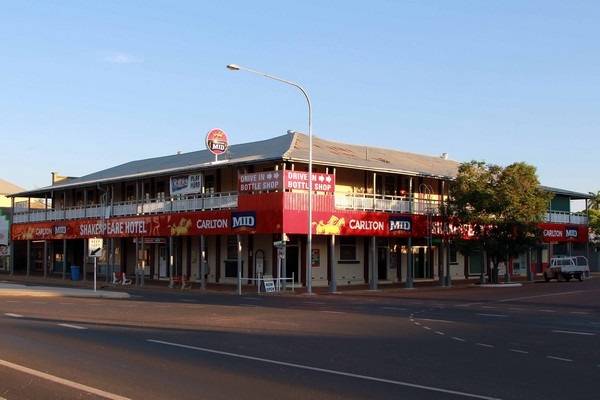 ONE of western Queensland’s classic hotels is making a comeback from virtual abandonment thanks to a consortium of Barcaldine interests.

ONE of western Queensland’s classic hotels is making a comeback from virtual abandonment thanks to a consortium of Barcaldine interests.

Although committed to bringing the pub back to its former glory, this doesn’t extend to recreating past menus, which are reputed to have featured wood duck.

A Shakespeare Hotel has been a feature of Barcaldine’s main street since 1886 when a building was moved west from Pine Hill.

That building was replaced in 1914 and rebuilt in 1925 after a fire, featuring a grand staircase, a large dining room and 26 rooms overlooking the railway station and the Tree of Knowledge.

The number of rooms has been downsized to 18 and renovations are underway upstairs.

Downstairs in the bar the lessees are proud to say the spirit of the Sand Goannas rugby league team lives on through local support.

A pop-up boutique on the top floor of Barcaldine’s Shakespeare Hotel was buzzing with enjoyment and fuelled by champagne when trendy Longreach fashion shop The Tack Room took its wares to its neighbouring town on recently.

Aramac silversmith Jill Dyer joined in the night of shopping and socialising, which saw a steady stream of patronage at the top of the grand old hotel’s staircase. 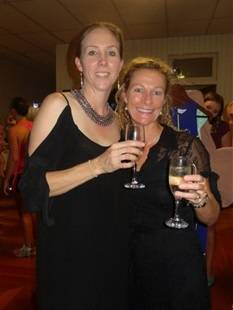 +10
A pop-up boutique was held at the Shakespeare Hotel in Barcaldine where refurbishments are underway.

Pictured are Naomi and Liz Wehl sharing fashion tips with Wendy Higgs, visiting from Brisbane. Click on this image to see more photos in our online gallery.

Winton hat designer Leona Noland also had a number of her hand-blocked fascinators there, aimed for the western Queensland racing season.

The Tack Room’s owner-operator Ele Deane said she wanted to be part of the central west, not just Longreach, and wanted to support its social scene.

“We are going to the Blackall, Longreach and Muttaburra shows and I’m sponsoring a few Fashions of the Field racewear days,” she said.

“We have some real talent here in the outback, local designers and milliners, which I think we should be supporting.

“Being glamorous in the outback is easy with these people around.”

Ele has also been busy outfitting clients for a number of western weddings, and has expanded to include larger sizes.

“So now we’ve got everybody covered,” she said.

She selected Barcaldine for her first venture away from Longreach because she wanted to show people what was available close to home.

“I really enjoyed meeting customers that I’ve been chatting with on Facebook, and getting to know them better,” she said.

“It was a fun night out for the girls.”