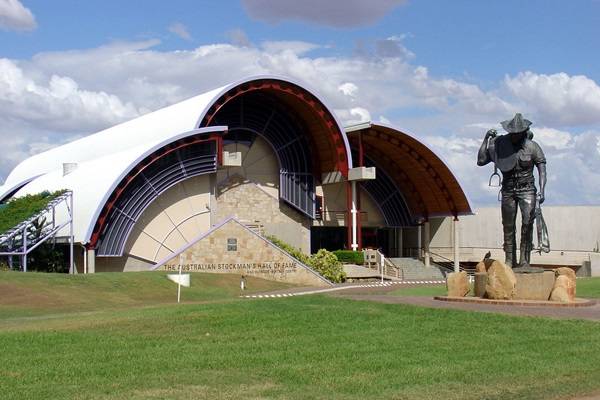 CELEBRATIONS to commemorate the silver anniversary of the iconic Australian Stockman's Hall of Fame get underway in Longreach next Monday with the cutting of a cake and the launching of a book.

CELEBRATIONS to commemorate the silver anniversary of the iconic Australian Stockman's Hall of Fame get underway in Longreach next Monday with the cutting of a cake and the launching of a book.

Queen Elizabeth II opened the iconic museum on April 29, 1988, which acted as a catalyst for a wave of developments that have changed the face of tourism in Western Queensland. One of the instrumental people in the hall's early days was its first executive director Jane Grieve, and she has written a behind-the-scenes account of bringing the national museum into being.

Titled In Stockman's Footsteps, it will be launched by ASHOF chairman David Brook next Monday as part of the celebrations.

The whole community is welcome to join in from 3.45pm.

A week later, on May 4-5, the grounds will be buzzing as drovers and their families flock to town for the 23rd annual Drovers Reunion, with Jill Sawrey to be a special guest at Saturday night's dinner.

Mr Brook said organisers were keenly looking ahead to July 25-28 as well, when the inaugural Outback Horse and Heritage Expo gets under way.

The four-day celebration of Australian rural heritage will feature some of the country's finest campdrafters and bronco branding.

A gala ball on October 4 will give people from around the country the chance to come together to celebrate the hall's first quarter of a century of achievements and look to the next 25 years.