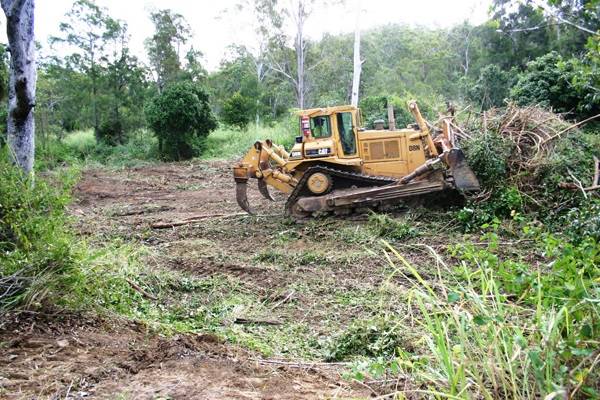 With the controversial VMA again in the spotlight since the Newman Government’s recent amendments to the legislation to boost 'high-value agriculture', Dr Bill Burrows, one of the world’s pre-eminent experts on woodlands ecology, has emerged from his retirement to rebuff those hellbent on criticising the reforms.

The 71-year-old former Department of Primary Industries scientist, who these days leads a quieter life at Emu Park near Yeppoon on the Central Queensland coast, has come out firing against groups like WWF, which has been leading the attack on Queensland farmers since the legislation was passed through Parliament a fortnight ago.

Dr Burrows has been stirred into action after reading a document penned by WWF’s senior scientist Dr Martin Taylor titled 'Bushland at risk of renewed clearing in Queensland'.

The paper was supported by 27 Queensland academics and scientists in a public statement, followed by a barrage of print and electronic advertising in Brisbane media blasting the Newman Government for giving Queensland farmers the licence to vandalise and destroy the state’s environment.

Less than two weeks before those advertisements went public, WWF-Australia CEO Dermot O’Gorman told this newspaper his organisation had changed since the days of the Beattie Government and wanted to be the “farmer’s friend”.

A report by Dr Burrows, released exclusively to Queensland Country Life this week in response to Dr Taylor’s document, again highlights the concerns primary producers have long held about the authenticity of WWF’s intentions.

His paper, titled 'Bushland at risk of continued tree and shrub thickening in Queensland', charges WWF with selective reading of the scientific literature and a failure to recognise the complexity and diversity of Queensland’s ecology.

At the heart of Dr Burrows’ thesis is the argument that Queenslanders generally have a skewed understanding and picture of a truly pristine environment and that the structure of Queensland’s rural lands has changed over time in accordance with individual community demands on natural resources.

To provide some perspective, Dr Burrows points out, this area of woody plant dominance on rural land is larger than the sum total of all rural holdings in NSW.

“Those opposing any relaxation of tree clearing restrictions, on such land, assigned by government for agriculture purposes, do so with scant regard for the welfare of rural landholders, sustainable management of rural resources and many desirable conservation outcomes as well,” he says.

“Fundamental to this assessment is the strong evidence that the structure and composition of the ‘intact’ woodlands on agricultural lands has changed considerably over the past 150 years, with trees and shrubs continuing to ‘thicken up’ under current management.

“Consequently, vegetation frequently claimed for conservation in our agricultural woodlands is representative of communities present here now, and not necessarily of what was here then. “Moreover, if we allow this ‘thickening’ trend to continue we are putting at risk the viability of many agricultural enterprises.”

One of the last times Dr Burrows alerted authorities to the threats of conservation groups to agriculture was in 2003 at the height of then Premier Peter Beattie’s reign. It was also a time when green political organisations like WWF exerted far greater influence over the government’s policy agenda.

As Dr Burrows told the Property Rights Australia conference in 2005, his assessment of the cost of tree thickening to landholders in Queensland’s grazed woodlands under instruction from the director general was met with short shrift once the findings were presented.

“We were specifically told not to look at the foregone benefits of clearing – which are well documented in both production and economic terms in any case. Our report showed the net present value of unaddressed tree/shrub thickening alone, was a conservative $293 million to affected landholders, and about $900 million to the community at large,” he told PRA delegates.

“However, soon after this report was passed on to Natural Resources and Mines and Premier’s departments, I was instructed to remove all evidence of the report from my files, and from the hard drive on my computer. Obviously our findings did not please someone high up in government – although our methodology was never challenged.”

Eight years after he conveyed that story, Dr Burrows is warning about the dangers of listening to what he calls “myopic conservationists”.

“Many years ago I came across a trite but insightful phrase that simply stated ‘the only sustainable agriculture is profitable agriculture’,” he said.

“When faced with a non-viable enterprise, the owners will tend to flog their stock, the country and themselves before they surrender the land to their financial institution or eventually ‘walk off’. None of these outcomes can be beneficial for either agricultural production, sustainable management or conservation. So I find it passing strange that the WWF document (by Martin Taylor) rails against “high value agriculture”.

“Property Rights Australia supports the science advanced by Dr Burrows. It was science that was rejected by the Beattie Government in favour of the jingoistic wishes of environmental organisations who have no respect for property rights or people’s right to earn a living,” Ms Rea said.

“Any claims that rural industry has not suffered as a result of the Vegetation Management Act are simplistic and ill researched with ABARE, the Productivity Commission and the Reserve Bank of Australia recording disturbing declines in the industry.”

Property Rights Australia will have further information available at its forthcoming conference on June 15 at the Highfields Cultural Centre, Toowoomba, starting at 8.30am. Information sessions will cover a wide range of topics affecting landowners but will include a presentation about the Vegetation Management Framework Amendment Bill and a series of talks about WWF’s activities.