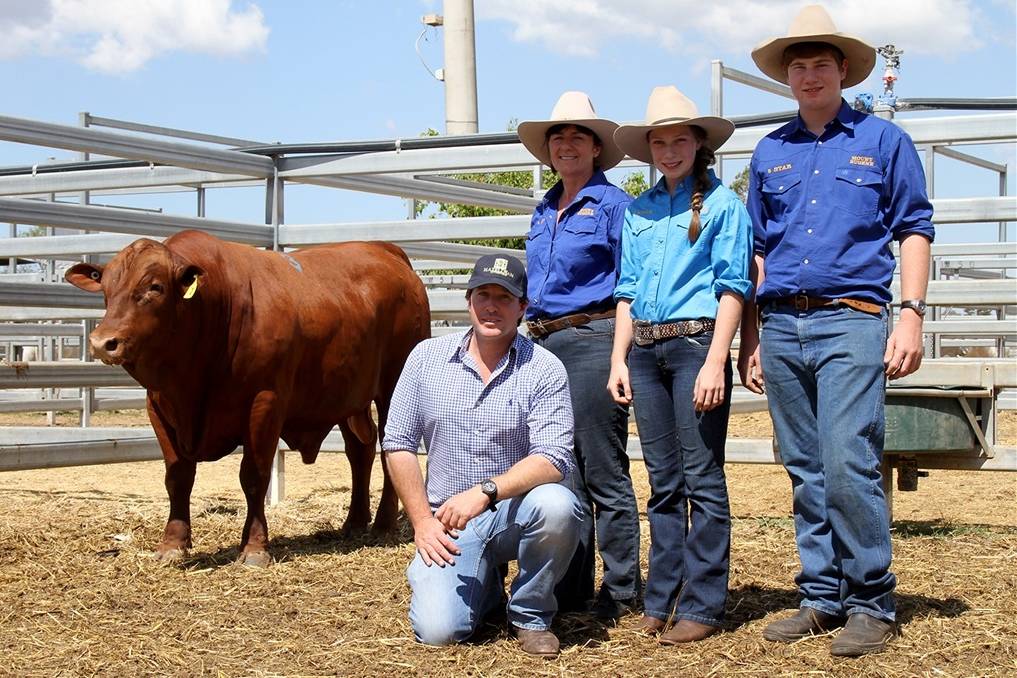 Vendors, Geoff and Alison Maynard and family, 5 Star Senepol Stud, Jambin have witnessed a slight decrease in male values when compared to the previous years result but were heartened by the amount of return clientele and strong clearance level.

He sold with another entry to average $10,250 to the manager of Hazeldean Riverina, Hay, News South Wales, Richard Cannon.

Both new acquisitions will be utilised in the Senegus programme that involves some 350 females on Rosevale, Hay.

Edward and Anna Barclay Bassett, Jenavale, Roma took with them a trio to average $6000 while Jock Warriner, Consolidated Pastoral Company signed off on eight for on average $2800 for the 608,000 hectare Marreba holding, Wrotham Park.

Tolga seedstock producers, Peter and Katrina Spies, Pinnacle Pocket Senepols accounted for a pair for on average $4500 while Bill Nicholas, Toowoomba took five of the Senegus on offer for on average $2800.

Top of their selections was a 22-month Senelais. Shane Watts, Sonoma Grazing, Sonoma Station, Collinsville were the major purchaser of the day accounting for nine for a $4000 medium.