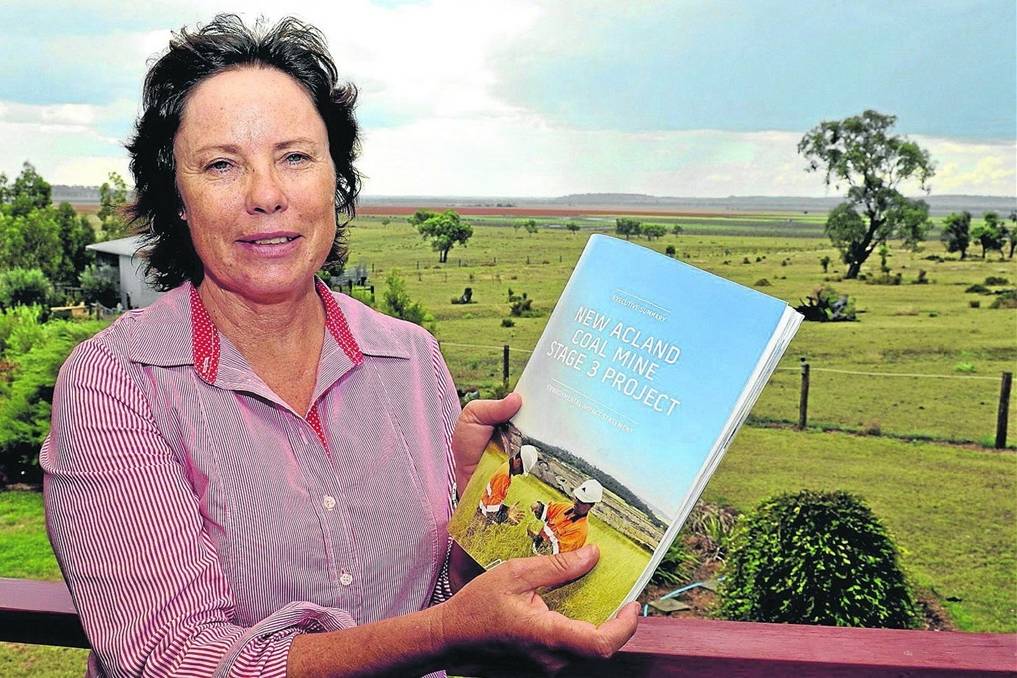 LANDOWNERS on the Darling Downs say they have been ignored and let down by the state government over a potential mine expansion.

LANDOWNERS on the Darling Downs say they have been ignored and let down by the state government over a potential mine expansion.

Oakey beef producer and veterinarian Dr Nicki Laws said the government had reneged on an election promise to not allow New Hope to expand its New Acland mine.

"This project is so bad it is a litmus test for the democratic process and fair government process," she said.

Last week submissions closed to the EIS, which revealed up to 8.9GL - or nine billion litres - of water would be used each year for the next 15 years.

"We are utterly appalled that the same week the submission closed is the same week 80 per cent of the state is drought declared and people are shooting their cattle," Dr Laws said.

"They can't even water their stock yet this company might get an obscene amount of water to wash coal and dampen its roads."

A spokesperson for New Hope said the revised project would use 8.9GL a year but 3.3GL would be waste water bought from the Watella Reclamation Facility through the Toowoomba Regional Council.

Dr Laws said the government was changing the rules, making it difficult for landowners and the community.

"The Regional Protection Plan was meant to protect landowners from mining interests, but now they are talking about coexistence," she said.

The level playing field has been further eroded with Deputy Premier Jeff Seeney looking to introduce a new bill that allows only residents to object to a potential mine, Dr Laws said.

"There is no one left in Acland to object to this mine expansion. There are only a couple of families left, but the rest have been bought out."

Dr Laws said New Acland mine would take more than 1360 hectares of what had been labelled strategic cropping land, but the government granted an exemption.

"We are seeing the destruction of strategic cropping land that can be farmed every year for years for a 15-year mining project," she said.

"We think that this is a no-go zone as good strategic cropping is only 4 per cent of the state."

The mine also proposes to dispose 750 tonnes of tyres each year into its pits.

"There are so many impacts on water and flood risk, loss of agricultural land and human rights - the fact there are still people living there," Dr Laws said.

The original New Acland mine expansion would have operated seven kilometres from Acland, but will now be a further three kilometres away. It will no longer see Lagoon Creek diverted, but the Jondaryan rail load-out facility will move eight kilometres from town.

"They have put in a revised plan, but it is the same surface area. We haven't seen any advantage in that except it has changed the town site. It is still the same high impact," Dr Laws said.

The government and the mine have come under fire from activist group Stop Brisbane Coal Trains, which obtained donation records showing that New Hope Coal - via its Australian parent company Washington H Soul Pattinson - donated $700,000 to the LNP in the last three years.