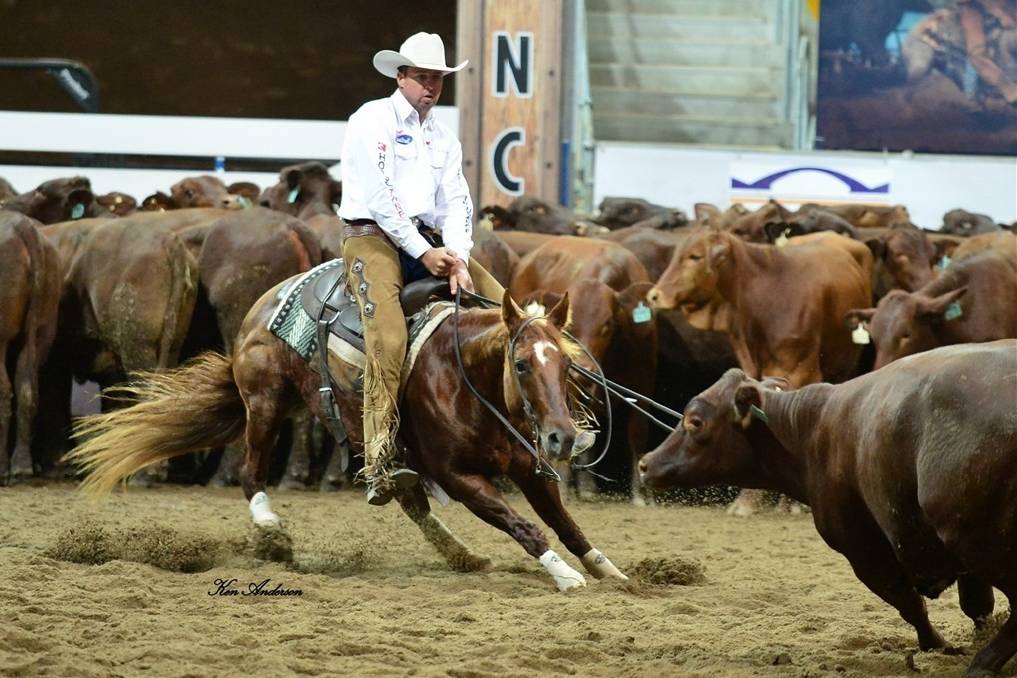 Held at the Australian Equine and Livestock Events Centre in Tamworth held from May 28 to June 8, the event concluded with the final of the open futurity, where the top 25 three-year-olds battled it out for the $75,000 prize money for first place.

Leitch, who is no stranger to this event, has won the annual NCHA Open Futurity two other times in the past five years – once on his own mare Winderadeen Whiskey Cat in 2010 and again on Forrest Saunders’ Lil Rey Of Hope in 2012. The wins gained him much deserved recognition in the cutting horse industry.

Todd Graham of Oakey proved why he is top trainer – hooking three prestige finals of his own including the open Derby on his own stallion No Moore One Moore with 149.

Alpha local Ian Bush came in best dressed for the non-pro futurity riding his horse Mom’s Stylish Doll, to come home on an impressive score of 147 ahead of Tyrell Park Alil Lena with Victorian Brian Elliott aboard, on 144.5.

Wyatt achieved a phenomenal score of 151 when finishing the run, to earn himself the youngest competitor to take out the title to date.

All three horses were purchased as yearlings, two from the Toowoomba Landmark Yearling and Broodmare Sale in 2012 and the other privately in partnership, and were broken in by Mr Davison.