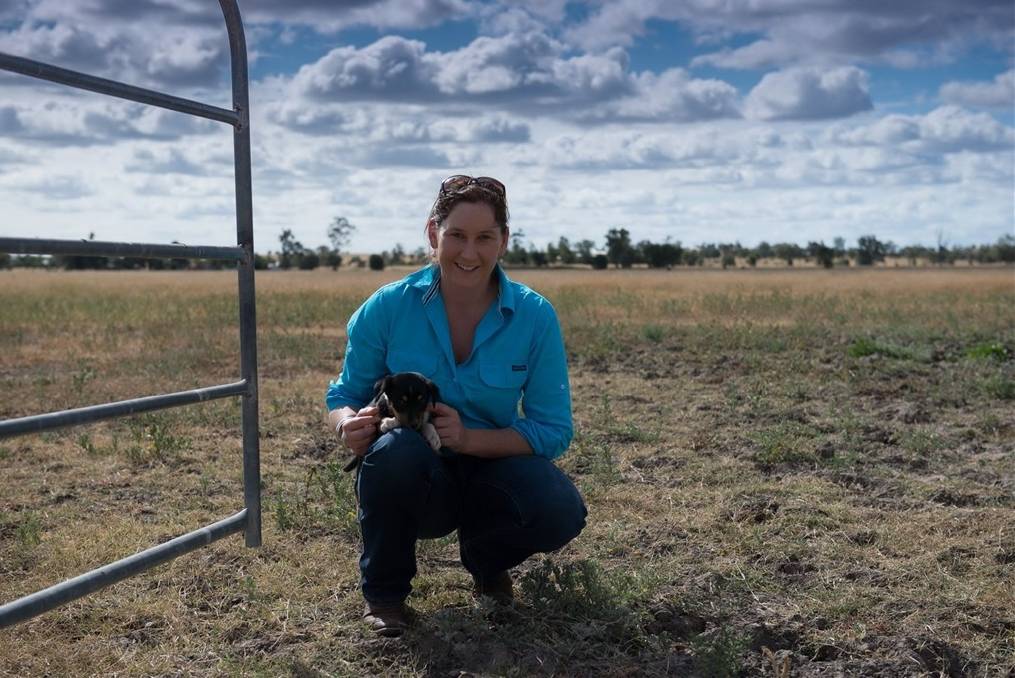 IT was one of the most iconic cattle drives of modern times and for young photographer, Alice Mabin, the famous Brinkworth drive provided some stunning opportunities to hone her skills with the camera.

IT was one of the most iconic cattle drives of modern times and for young photographer, Alice Mabin, the famous Brinkworth drive provided some stunning opportunities to hone her skills with the camera.

The movement of 18,000 head of cattle from Winton in western Queensland to Uardry Station at Hay in central NSW attracted national media attention including some of Australia’s best photographers in search of the perfect shot.

But only Alice spent over five months moving between the nine mobs, sleeping rough in her swag and riding the routes with the drovers.

The unique experience enabled Alice to amass more than 10,000 images and has ultimately seen her publish her first book, The Drover.

Alice, who works part time as an animal nutritionist for Top Country in Roma, said she didn’t intended to publish a book on the Brinkworth drive when she headed out for her first visit with boss drover, Billy Little, near Roma in October 2013.

“I just had some free time and had heard there was a mob moving past Roma so I rang Bill and asked him if I could a tag along for the day,” she said.

“I threw my swag in but I had no intention of staying.

“But as soon as I pulled up and got out of the car Bill looked me up and down and said ‘good, you can get on a horse for the day’.”

Alice ended up staying with the drovers for the weekend and returned home on the Monday to start processing her new images.

She posted the photos to her website and, when they started to sell, an idea to publish a book about the Brinkworth drive began to take hold.

“One of the things that was really obvious to me was that Bill was getting all the glory in the media for the drive,” Alice said.

“I know he was the boss drover but let’s face it, there were eight other mobs and they were all having just as tough a time.

“I just thought everybody needed to be recognised for their efforts.”

Alice contacted the boss drover after the first weekend and explained that she wanted to publish a book on the drive.

“I asked Bill to give me access to the eight other mobs and he told me it wouldn’t be as easy as it was when I was traveling with him,” she said.

“I dismissed that but some of the guys were really tough on me initially. A lot of that was because they were used to the media tagging along for a day and asking them to move the cattle around a certain way just to get the perfect shot.

“Once they realised I was just a farm girl who was happy enough to take photos early in the morning and afternoon and spend the rest of the day with them on a horse or a motorbike they were fine.

“By the end of the five months they were almost like family. Some of the blokes would call me up to tell me they would be approaching a good water in a few days’ time and that I should come down and get some photos.”

The amount of pride the drovers took in their cattle was also an inspiration to Alice.

“They were always asking me how their mob looked compared to the other Brinkworth mobs,” she said.

“It was amazing how much pride they took in their work. These blokes weren’t in it for the limelight – they just loved what they did.”

Publishing The Drover has been an unexpected career move for Alice who grew up on a sheep property in New Zealand.

Ironically, it was while working as a farm hand at Uardry Station at Hay (now owned by Tom Brinkworth) that she broke her leg in 2008 and was advised to find a new career off-farm.

She worked as an animal nutritionist with Pfizer in New Zealand and South Australia before deciding to launch her own stud stock photography business, Al Mabin Photography.

“I bought my first camera in April last year but photography seemed to come naturally to me,” she said.

“I am still learning all the time. I look back at photos I took when I first started and can’t believe how far I have come.

“I still have lots to learn.”

Alice has self-published The Drover and has just ordered a 5000 reprint after selling out of her first 1000 copies.

“It’s been an amazing response and I have basically staked my life savings on this,” she said.

The book has also earned the respect of the man on the front cover, boss drover Billy Little.

“There are some fanatic photos in the book. She did well going around to all the mobs and spending time with each of the drovers.”

The books can be purchased through Alice’s website www.almabinphotography.com