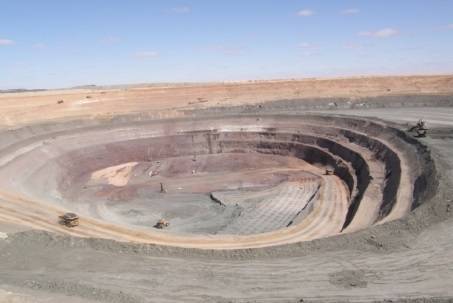 THE LNP has been accused of selling out rural Australia following new details emerging on last minute amendments made to the Mineral and Energy Resources bill.

PROPERTY Rights Australia (PRA) has accused the Liberal National Party of selling out rural Australia following new details emerging on last minute amendments made to the Mineral and Energy Resources (Common Provisions) bill when it passed through the Queensland parliament this week.

At four minutes to midnight on Tuesday, Minister Andrew Cripps put through an amendment which PRA chairman Dale Stiller says goes totally against what was promised, even on the day after the bill was approved.

“In response to everyone screaming that almost everyone had lost the right to object to applications for mining leases and 90 per cent of applications for Environmental Authorities, the minister kept saying ‘but you can object to the big mines’,” Mr Stiller said.

“The amendment was to the effect that no objections will be allowed if the Co-ordinator General states that he is satisfied that his conditions for the Environmental Authority (EA) application adequately address the environmental effects of the mine.

“Virtually nobody now has a say in whether or not a mine goes ahead, or its conditions.

“The LNP has been sold a pup by the mining and gas companies and in turn the LNP has sold out rural landholders.”

Mr Cripps has responded by saying all Queenslanders have full opportunity to have their say or object through the existing environmental authority or environmental impact statement processes for proposed medium to larger scale mining projects.

“The general public can appeal to the Land Court for a medium to large size mine that has applied for an EA,” he said.

“Queenslanders should not be fooled by deliberate attempts to distort the facts.”

Mr Cripps added that his amendments were not “last minute”, saying they had been introduced at the start of his second reading speech at 3.53pm on Tuesday and the explanatory notes tabled at 4.47pm.

This didn’t detail the true impact of the proposal, according Shine Lawyers senior associate Glen Martin.

“This whole thing is a cop-out,” he said.

“Sacrosanct property rights are being taken away.

“If the Co-ordinator-General imposes conditions in his report on the Environmental Authority and says those adequately address the environmental impacts, then a submission on the EIS won’t be allowed.”

Mr Martin added that the Co-ordinator-General was increasingly gathering power, including the power to make determinations.