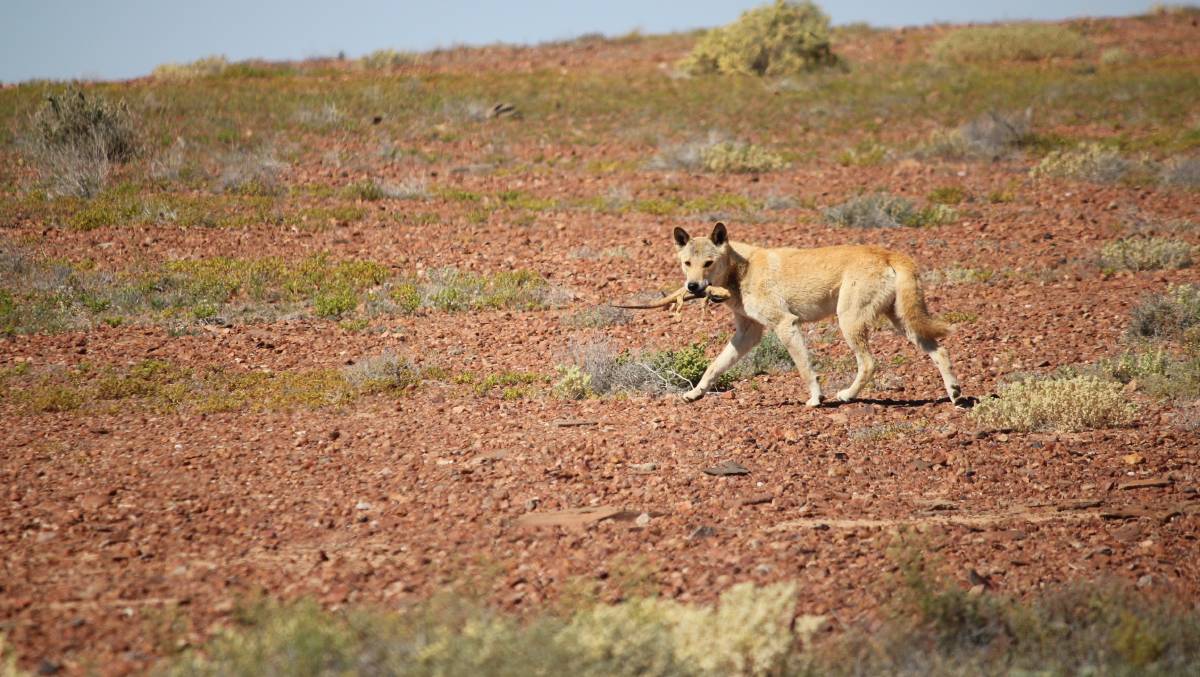 Astonishing pictures highlighting the impact of invasive animals on Australia have featured in the national Feral Photos Competition.

A HOST of astonishing pictures highlighting the impact of invasive animals on Australia have featured in the Invasive Animals Cooperative Research Centre’s national Feral Photos Competition.

The winning images include an image of a wild dog lunching on a bearded dragon, a native collared sparrowhawk taking down an Indian mynah, a fox running at full speed across a farmers crop and two wild boars fighting it out in a rough and tumble boxing match.

“The dog walked across picked up the central bearded dragon and with one shake of its head, killed it,” Ms Piper said.

Second place winner, Catherine Begley snapped the amazing image of the sparrowhawk taking down an Indian mynah in Benella, Victoria. 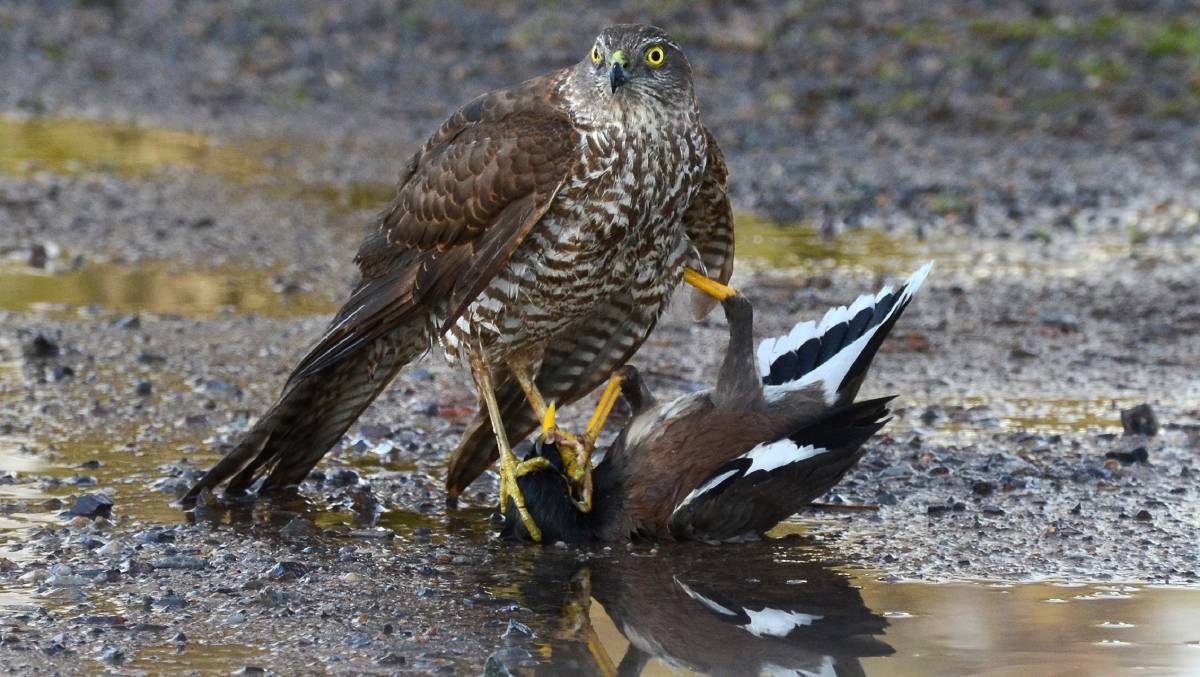 Second: A sparrowhawk taking down an Indian mynah in Benella, Victoria.Photo - Catherine Begley and the Invasive Animals CRC.

“I saw the sparrowhawk on the side of the road and I thought I should take a couple of pics,” Ms Begley said.

“It wasn’t until after I got home and had a look at the photos that I realised the other bird in the picture was actually an Indian mynah (an introduced species).” 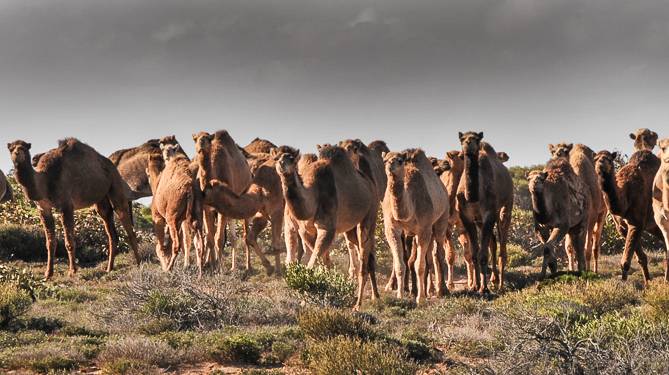 Feral camels on the move. Photo - Rick Nash and the Invasive Animals CRC.

Now in its fifth year, more than 300 photos were entered from all over Australia. Winners were chosen based on how well the image told a story of ‘impact’ along with quality, clarity and difficulty in obtaining the image.

All winning photos can be viewed at: www.pestsmart.org.au/feral-photos-2015-winners

“All the winning images tell a story about pest animal management, whether that be environmental or agricultural damage, or interactions between invasive animals and other species,” Mr Wishart said.

The remote camera category showed how the technology was being incorporated into wildlife and pest management. 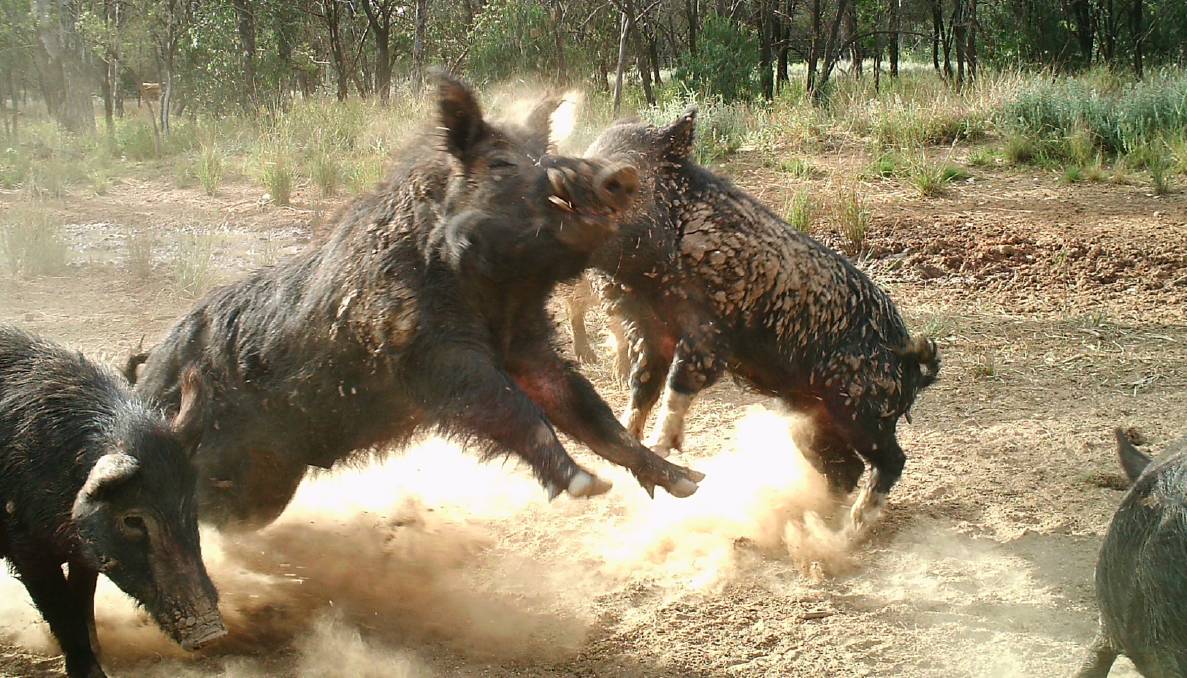 “The winning photo by Thomas Garrett of wild pigs in an intense boxing match is a great example,” Mr Wishart said. 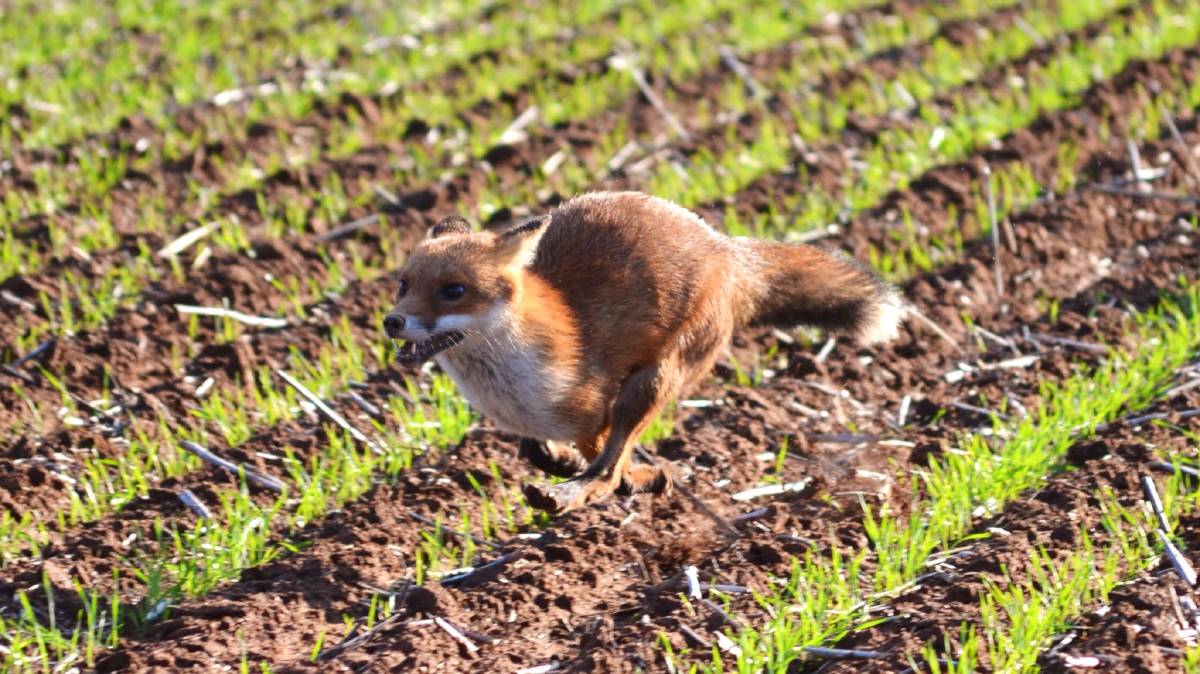 Fox on the run. Photo - Rebecca Duffy and the Invasive Animals CRC.

“I think it would be extremely difficult to get this photo of wild boars fighting by standard photography as their behaviour would likely be influenced by the photographer standing that close by.”