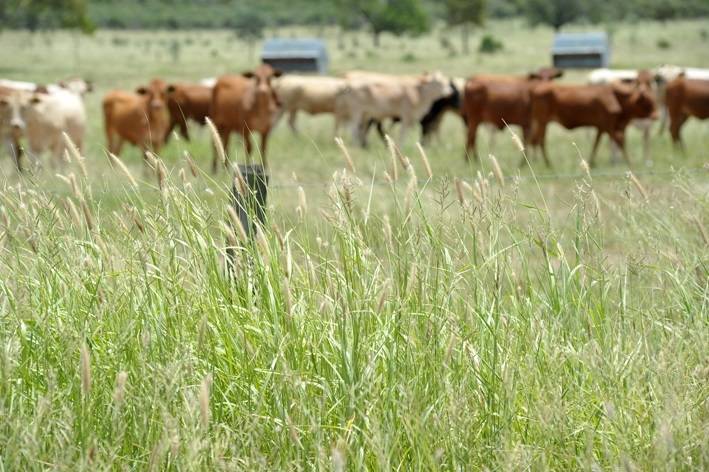 GRASSFED beef is growing in popularity among US consumers, promoted as superior to grainfed and more healthy than organic beef.

GRASSFED beef is growing in popularity among American consumers.

Walmart, which operates a staggering 3401 stores across the US and is also one of America's largest meat retailers, devotes a modest amount of shelf space to grassfed beef in addition to its main offering of grainfed product.

Utah-based Jones Creek Beef, which supplies a number of Walmart outlets including stores in Amarillo, Texas, pitches its product as an alternative to "conventional" grainfed beef.

"There's a definite difference in how you cook grassfed vs. conventional meat," the packaging reads.

Jones Creek Beef also takes a swipe at organic beef produced in the US, saying it is produced from cattle on a corn-based diet.

"There are two primary reasons for this: Most grassfed cattle are fed on grasslands with limited pesticides, fertilisers, and other harmful chemicals, and the animals will never see the inside of a feedlot. Hence it's often comparable to organic even if it's not marked as such. Most organic beef is still fed organic corn, which is what causes the myriad of health problems associated with eating conventionally raised beef. Grain diets create a much higher level of acidity in the animal's stomach, in which E. coli bacteria can thrive."

Jones Creek Beef says grassfed and grass-finished beef has minimal risk of contamination compared to conventional beef, due to the difference in stomach pH in the two diets.

"And since grass-finished animals live in clean grass pastures, this level of sanitation greatly reduce the risk of E.coli infection as well," the website reads.

Jones Creek Beef's grassfed steak was on offer in Walmart for the equivalent of A$20.40c/kg.

Scott Fraser from organic beef company OBE said while there was growing demand for chilled organic beef from Australia, there was already a huge program for ground beef used in frozen patties.

"The US organic beef industry has the challenge of how it feeds its animals during winter," Mr Fraser said.

"Because of the snow, a lot of animals have to be housed and fed.

"Australia's certified organic beef is produced year round on pasture and is exactly what it says it is."

Jones Creek Beef offers a number of tips of how consumers can "maximise the grassfed beef eating experience." They include thawing frozen beef to room temperature rather than using a microwave, cooking at a lower temperature than grainfed beef, seasoning with salt and pepper, and allowing the steak to rest for three to four minutes before eating.

"What sets Jones Creek Beef apart is our high level of commitment toward doing what is best and right for each animal throughout its lifetime," the company says.

"The way we raise and handle our cattle is of utmost importance in providing tender, flavorful, and nutritious beef to our consumers. We take great pride in our stewardship over our land and livestock.

"We want you and your family to experience better beef, better flavour."

The Jones Creek Beef website also details why grassfed beef costs significantly more than conventional beef, which represents an estimated 99 per cent of beef produced in the US.

"The grain fed to feedlot cattle is generally corn, which is a crop heavily subsidised by the US government and thus artificially extremely cheap," the website says.

"It is also easier to manage, move and store than hay and alfalfa.

"Corn is a mainstay of livestock diets because there is no other feed quite as cheap or plentiful: thanks to federal subsidies and ever-growing surpluses, the price of corn ($2.25 a bushel) is 50c less than the cost of growing it."

The packaging also carries the distinctive "Born, raised and harvested in the USA" logo.

Mark Phelps travelled to the US as a guest of animal health company Alltech.