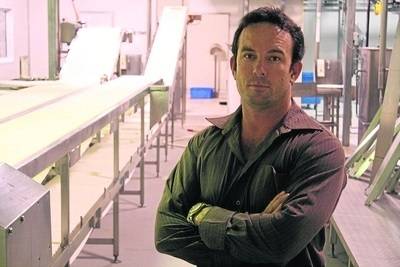 JOHN Burey says he is unlikely to ever put kangaroo meat through the Charleville processing facility again.

WHILE the local council is culling kangaroos that have reached plague proportions in the town area, the man who built a processing works in Charleville says he is unlikely to ever put kangaroo meat through the facility again.

John Burey is not confident that the Australian mindset will ever accommodate the needs of its customers, and is preparing to adapt his United Game Processors building to make smallgoods instead.

His view comes largely from numerous trips he has made to Russia in the wake of the 2009 ban imposed after high levels of bacterial contamination were found in imported meat.

The ban was a huge blow to his fledgling business, constructed in the midst of a mulga scrub in 2005.

John has been hanging on, hoping to recommence production, but now says unless there are dramatic changes in the way of approaching the kangaroo industry, his business won’t see its original purpose again.

“Shooters say, this is how we are – take us or leave us. Well, people left them,” John said.

“You don’t see any other meat production transported the way kangaroo is – in the open air, gathering dust and flies.

“Most people agree that the customer is always right but we in Australia are saying, we’re right.

“No-one is saying, what can we do to meet the customer’s needs.”

John’s views are reinforced by a number of high level meetings in Russia, which have emphasised the need for kangaroo meat to meet human consumption standards; that is, it must be inspected by people before slaughter and it must be processed within two days.

He would like to see the whole approach to kangaroo harvesting change to one of viewing them as a natural resource, in order to accommodate both Russian desires and hard-pressed Australian graziers’ needs for an income.

“The best way to stop things from being a pest is to make them a resource,” John said.

“Why can’t we farm kangaroos?

“If we start managing them rather than seeing them as wild game, the public perception will improve, and we can control things to our benefit.”

John would like to see people allowed to trap kangaroos, so that the way they are harvested can change.

“I’d like to see shooters go to processors and say they can supply 100,000 carcases and talk about what they can do,” he said.

“Sole traders are limited by the physical exertion required but if you can trap and muster, farmers can gain from the resource as well.”

Being able to guarantee to Russia that farmed animals had been put in the back of a refrigerated van and delivered straight away, with a vet overseeing the health of the animals, is the way ahead for John.

“It’s a different line of thinking but it’s better than expecting the world to come back to us and the old way of doing things.

“During a drought it’s a poignant issue with graziers but then it rains and everyone forgets.

“I think governments are prepared to let the wheel squeak because of this, but the future for roos has to include making them a valuable asset for graziers.

“It sounds like it’s not good for harvesters but it’s like sheep – you need someone to do the harvesting.

“It would be better to have a contract with a grazier – that way each is getting something.”

John has travelled to Asia, Europe and Africa in search of markets for kangaroo meat – a product he says is ideal for smallgoods manufacture because of its leanness – but didn’t find satisfaction anywhere.

The African market was driven by price, meaning they may agree to take the product one week but would swap to chicken heads next week if they were cheaper.

In Europe, John found resistance to having kangaroo meat listed as an ingredient on the label of “traditional” sausages.

“I wouldn’t be hanging by one arm waiting for China either,” he said.

“I worked with AQIS to draft protocols of trade in 2008 for kangaroo and donkey but no meat’s gone there since.

“I think Russia want kangaroo meat – they can add fat and control the taste – but to bring it back, it has to be of a red meat processing standard.”

He said sanctions with Russia were also limiting opportunities.

To give his Charleville business a viable future, John is planning to manufacture Russian-style sausages for the domestic market, using beef and pork initially.

“You see lots of Polish and German style sausages but not Russian ones, and they’re beautiful,” he said.

“They’re not dry cured – they’re the size of a Devon and smoked and cooked.”

He hasn’t begun producing any yet but says he has people interested in trying them.

“If people can find a market for kangaroos, great – it will save me a headache trying to reinvent myself,” he said.

“But I’ve been waiting six years now and nothing’s changed.”