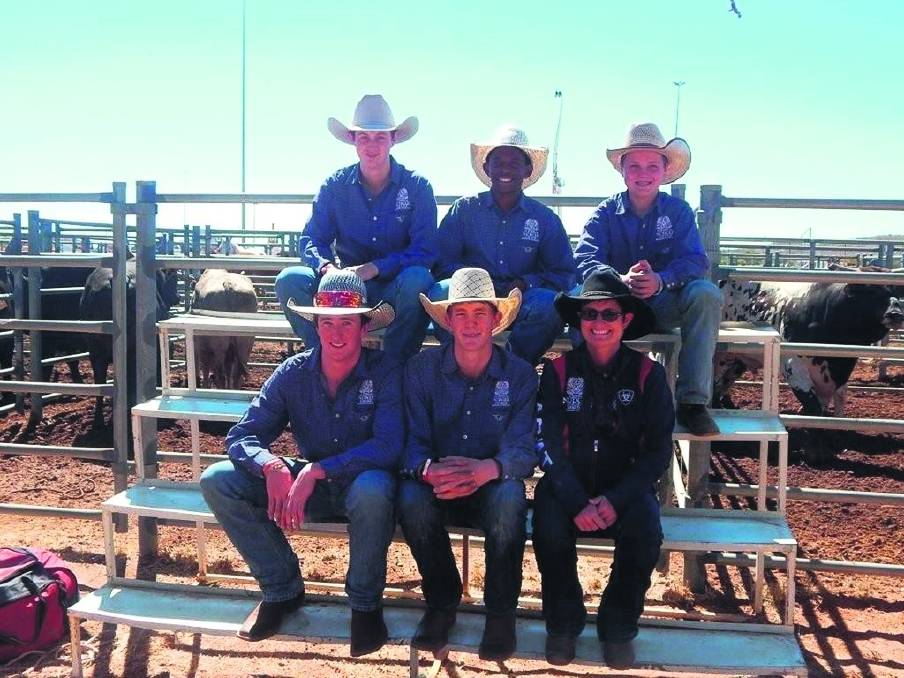 Five members of the Nudgee Rodeo Team made their way to Mt Isa for the Mt Isa Mine Rodeo along with their entourage of family and supporters.

Five members of the Nudgee Rodeo Team made their way to Mt Isa for the Mt Isa Mine Rodeo along with their entourage of family and supporters.

The boys competed across the poddy ride, steer ride and junior bull events over the course of the three days.

It was the first time the Nudgee Rodeo team had competed in largest rodeo in the southern hemisphere which was, made possible at least in part by sponsorship from Rode meats.

All five Nudgee cowboys rode extremely well in their events, with some experiencing their best rides of the year so far.

The stock proved too strong for four of the boys putting them to the ground without a judge's score.

Year 12 student and Rodeo Team captain Isaac Westerhuis led the way with strong eight second rides in the first round of the steer and junior bull events qualifying him for a spot in the finals.

He went on to another high scoring eight second ride in the final of the steer ride, placing him third for this event.

Isaac was put to ground before the eight second buzzer in the junior bull finals, finishing in fifth.

The Nudgee Rodeo Team will compete next at Wondai Rodeo on August 29.

Then a team of 12 Nudgee Rodeo boys will head north to St Brendan's College in Yeppoon to compete in the annual Interschool Rodeo Challenge.