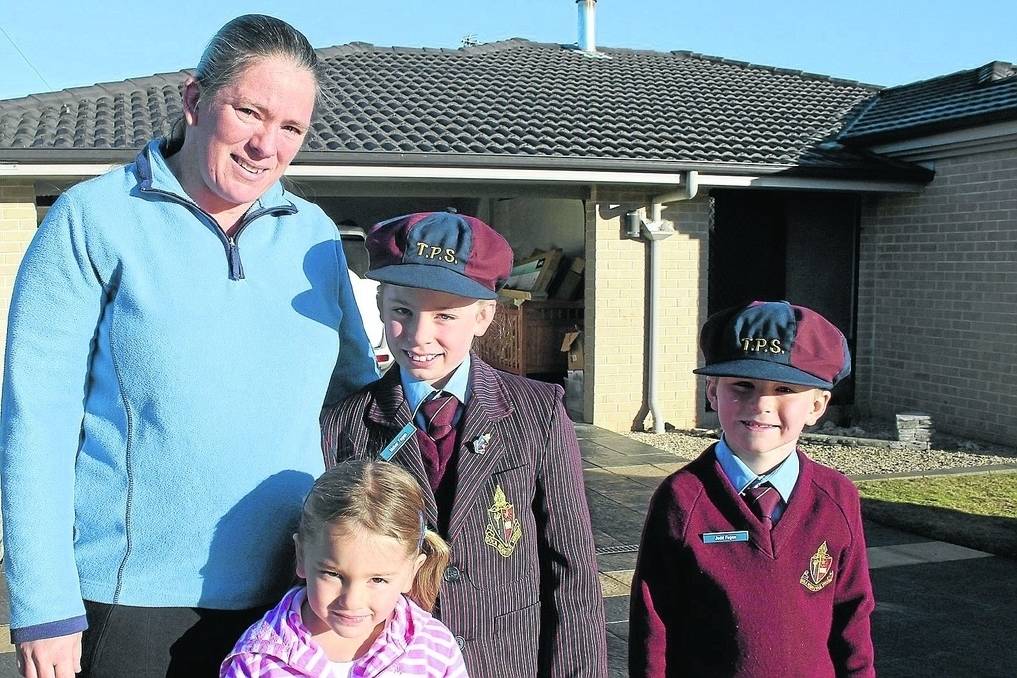 Wyreema, outside Toowoomba, is home during school terms for Julia Creek's Sancia Fegan and her three children, Emaya, Mehar and Jedd, who gave up on distance education in frustration. - Picture: SALLY CRIPPS.

JULIA Creek's Ashley Fegan is living 1500 kilometres apart from his wife Sancia and their three children, thanks to the internet.

JULIA Creek's Ashley Fegan is living 1500 kilometres apart from his wife Sancia and their three children, thanks to the internet.

After 12 months spending more time talking to Telstra than teaching, they have sacrificed a life together and outlaid untold dollars so their children's education isn't compromised by inadequate schooling

At the start of 2015, Sancia relocated to Toowoomba with eight-year-old Mehar, six-year-old Jedd and their little sister, kindy-aged Emaya rather than continue to battle with Internet speeds that continually failed them.

They are one of many families reported to be leaving the bush thanks to Internet speeds at "less than third world levels", thanks to the high demand and oversell of the NBN's Interim Satellite Service.

Sancia said they had a monthly plan of 5GB of data when they enrolled with the School of the Air in Mount Isa three years ago but it was 2014, when the capacity of the ISS had been reached, that they first began experiencing difficulties in the classroom.

"We just couldn't log in to the Learning Place," she said. "The kids were disengaged and didn't want to be in the classroom. It was a case of continual frustration."

The school did everything it could to help - Sancia would drive to Julia Creek to download lessons on an iPad so her children could at least follow basic lesson plans - but they couldn't use the tools to reinforce teachings. "We had good teachers, they tried to help."

It's a scenario acted out across the country, according to speakers at last week's federal conference of the Isolated Children's Parents' Association held in Brisbane.

West Australian mother Raelene Hall called for the NBN Co and the federal government to "get their act together and do something", otherwise ICPA would next be calling for mental health assistance.

"I'm worried for parents and children who are losing academic opportunities," she said.

"They get behind and then there's the challenge to catch up.

"There's enough stress to educate children in the bush, without this added pressure."

Her words were reinforced by Northern Territory ICPA president Andi Bracey, who told the conference people were expected to do the impossible and were leaving the bush as a result.

"We have been given a school program that requires a certain amount of Internet for our children to be educated," she said.

"This is way beyond stress. It's a personal thing.

"A home tutor's role is full-time. They are asked to do a job but they also want their children to succeed. "People who leave are desperate - they have to make a new life in the city and often they don't have qualifications."

Sancia Fegan isn't sure whether the Long Term Satellite Service, due to come online in 2016, will entice her and her children back to Julia Creek.

Like many others, she is sceptical about the capacity of the service, not yet in existence, to keep up with anticipated demand.