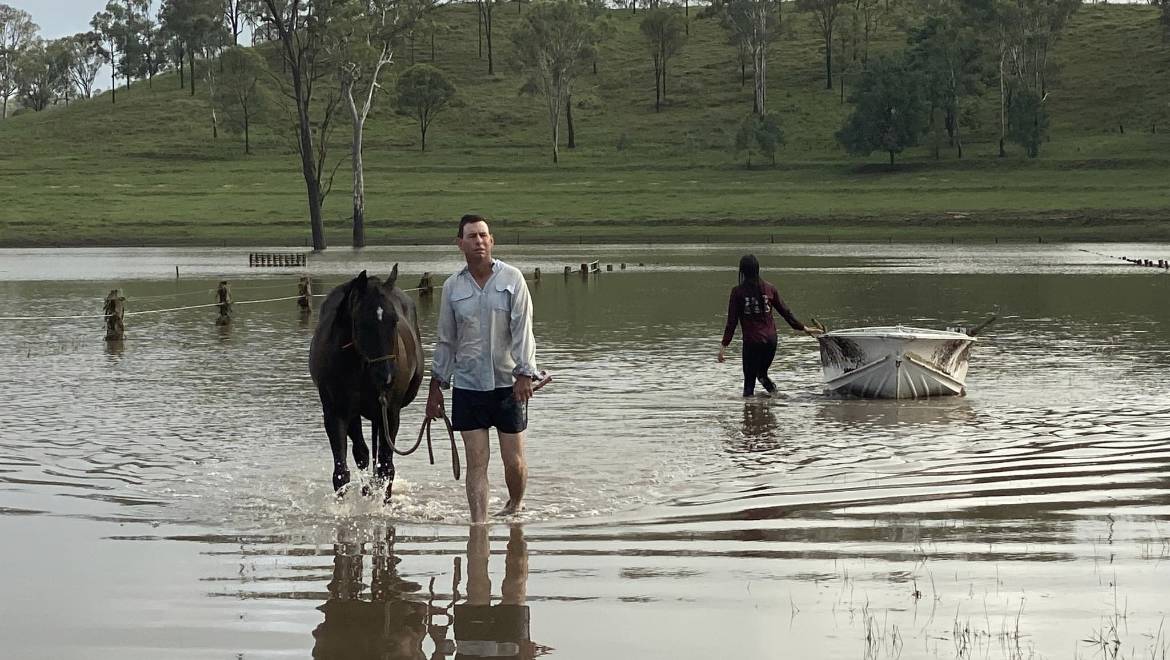 The Tansey community experienced a nightmare 48 hours last weekend when floodwaters tore through the district, but the hardest part is yet to come as the water subsides and the cleanup begins.

Some landowners in the area received up to 450mm of rain and many lost livestock in the floodwaters.

Huon and Colleen Smith, Boonara Performance Horses, had major flooding on their property after receiving almost 400mm in a 24 hour period.

Mr Smith described the flooding as "a bit horrific."

"We've had lots of damage and have lost some livestock which is unfortunate, but not a huge amount compared to some other people in the area," Mr Smith said.

"We have a pretty healthy respect for the creek system here because we've flooded before, which always makes you a bit nervous."

"We were taken by surprise again this time I suppose because of how quickly it happened and how much rain fell in such a short period of time."

The family were forced to move the horses late Friday evening after a solid downpour, and being an equine breeding facility many of the mares were visiting client horses.

"We started shifting horses at about half-past eight or nine o'clock at night.

"We were trying to get them out of the low-lying areas as much as we could, chasing them up to the hills and things like that.

"The trouble is, in a season here we have more than 200 mares here on farm and a lot of them are all visiting mares who aren't used to being here all the time, so it wasn't ideal because they all got jammed into paddocks they don't know and that caused a bit of grief."

Mr Smith managed to get a boat out to cut fences and release the horses to higher ground on Sunday, but unfortunately three foals and one mare died in the flooding, with one also still missing.

"It's very sad for the owners of those horses," he said.

Now that the water has receded the cleanup process will begin for the Smiths, trying to repair their irrigation farm and pump water after losing power over the weekend.

Mr Smith said a lot of their trouble has occurred after the flooding, with the mares being stressed and bewildered from the event.

"It never felt like it was going to end there for quite a while, you'd get them safe and then they'd take off again."

"It's been pretty emotionally draining on the family, that's for sure." 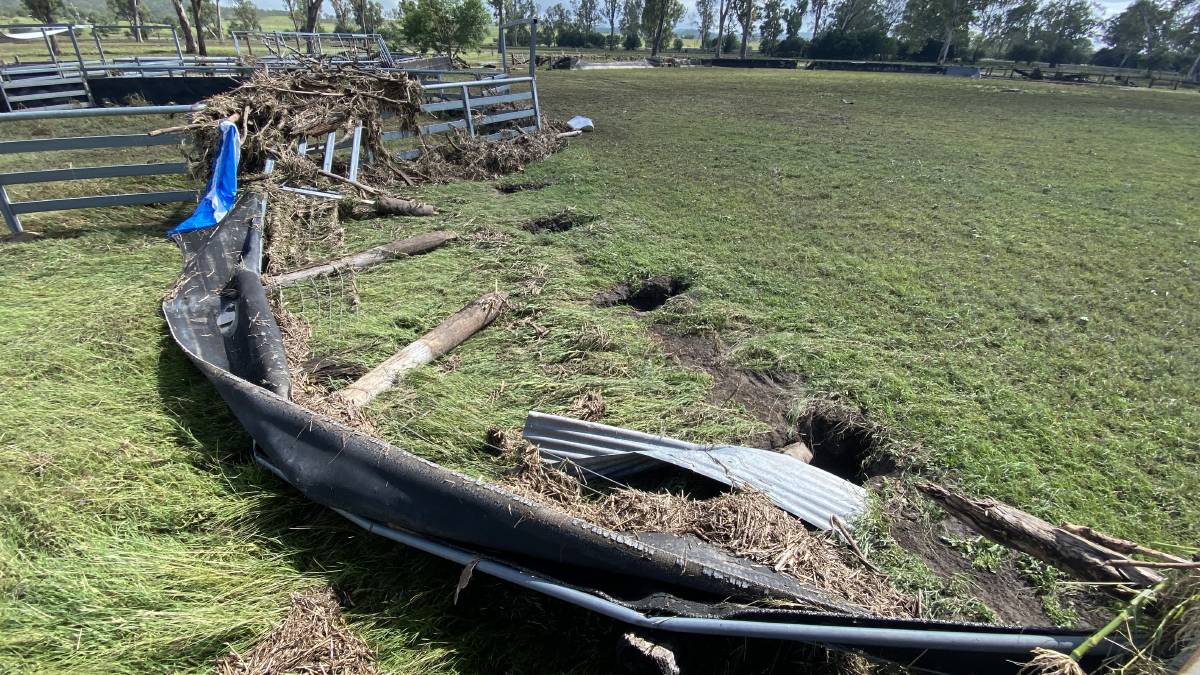 Two men were trapped at the grounds overnight, with one man left clinging to a post in the yards during the night after attempting to rescue one of his horses.

That particular colt was found the next day in good health, however a number of other polocrosse horses were lost in the floodwaters.

Tansey Show Society Secretary Julie Cunningham said the damage to the sports and recreation area will take a huge amount of cleaning up and require repairs.

"There's a lot of destruction down here," she said.

"There's a lot of debris and mess everywhere, the campdraft arena will need major repairs, and the buildings have all been flooded.

"The photos just don't do it justice; I've had people come here and say it is actually worse than the photos.

"The other day when I came down here, I didn't know if I just wanted to turn around and walk away." 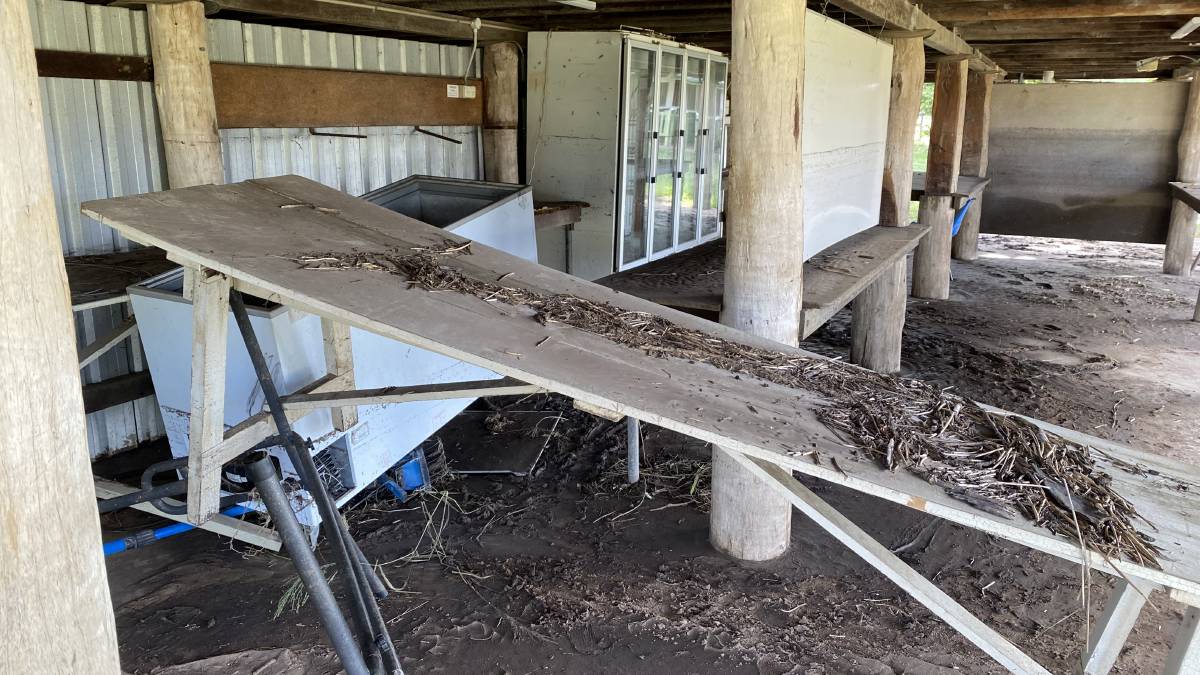 Ms Cunningham said the committee had already received offers of help that were going to be much needed and appreciated in the coming weeks and months.

"It's going to be a massive, massive cleanup.

"It's been amazing, the community has rallied and everyone's pitching in.

"What we've seen here this week is surprising, I didn't think there was community spirit anymore but there certainly is and that's so good to see." 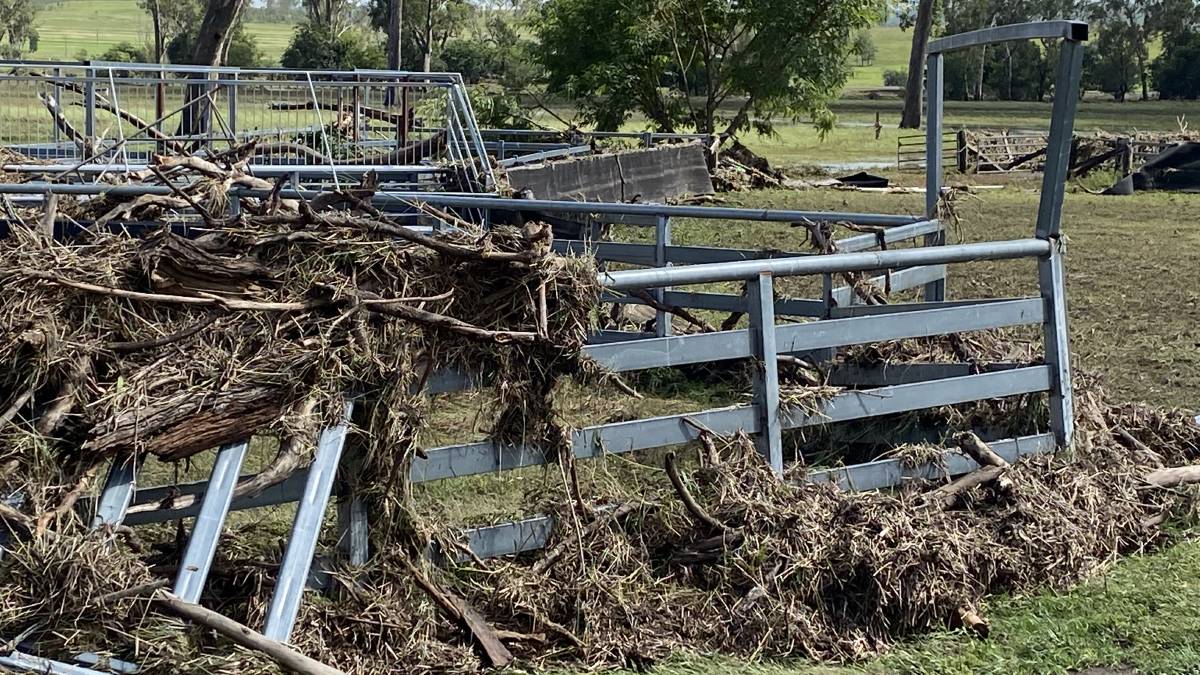 Flood events also occurred in the area in 2011 and 2013 but Ms Cunningham says this is the worst she had ever seen.

"A fella that's lived here for 77 odd years said he's never seen it this high, this is definitely the highest water mark ever."

The show society's plans to hold a campdraft at the beginning of May has been thrown into disarray, a disappointing outcome considering 2022 marks 100 years of the sports and recreation grounds.

Ms Cunningham said she hopes some form of celebration will still be possible at some point throughout the year.

Also read: Wide Bay producers picking up the pieces in the wake of Seth