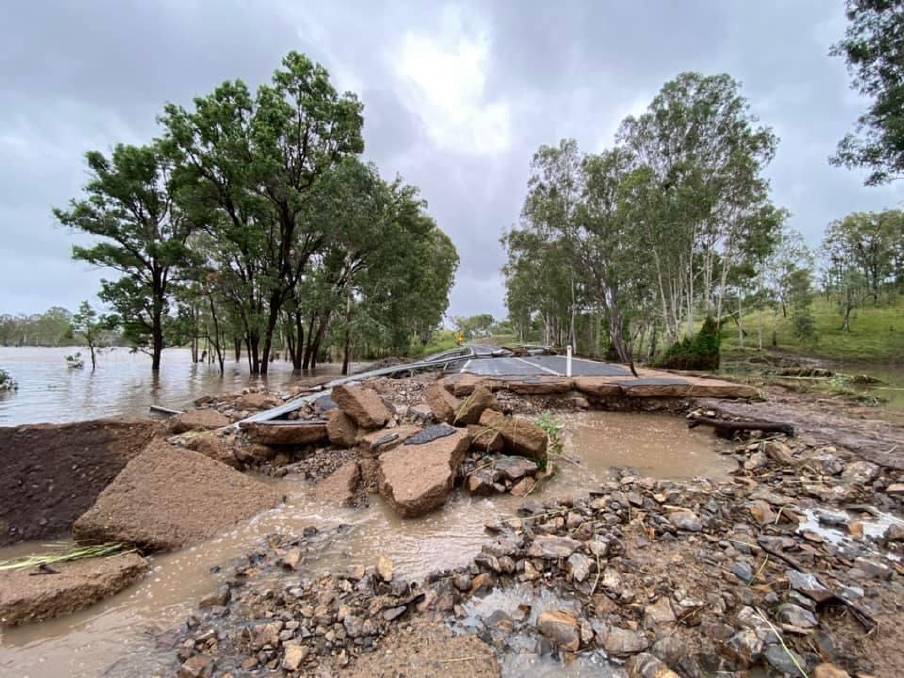 Some of the damage sustained at the junction of the Burnett Highway and the Murgon-Gayndah Road at Booubyjan. Picture: Georgia Beddows

Landholders emerging from the trauma of a cyclonic dumping of rain in the Wide Bay-Burnett region on the weekend have been assured they haven't been forgotten.

Landholders emerging from the trauma of a cyclonic dumping of rain in the Wide Bay-Burnett region on the weekend have been assured they haven't been forgotten.

Shane Stone, the Coordinator-General of the National Recovery and Resilience Agency inspected some of the damage done in the unprecedented flooding event in the Kilkivan-Goomeri region on Thursday, in company with AgForce president Georgie Somerset.

He said one of the most pressing matters for many of those affected was a fear that their needs were being drowned under the drama of urban businesses being hit downstream.

"Those back on power and TV, all they're seeing is Maryborough on the news," Mr Stone said. "They're asking, do they even know we've been flooded too."

Around 140 people attended a gathering at Goomeri organised by AgForce to share their experiences and needs with the agency, and while it will be some time before the full extent of the damage done by ex-Tropical Cyclone Seth is known, statistics gathered by AgForce are already indicating that its impact will be extremely severe.

Landholders who experienced the trail of devastation left in 2013 by ex-tropical cyclone Oswald say last weekend's flood levels in the Wide Bay region were much higher, as was the speed at which the water travelled through the systems. 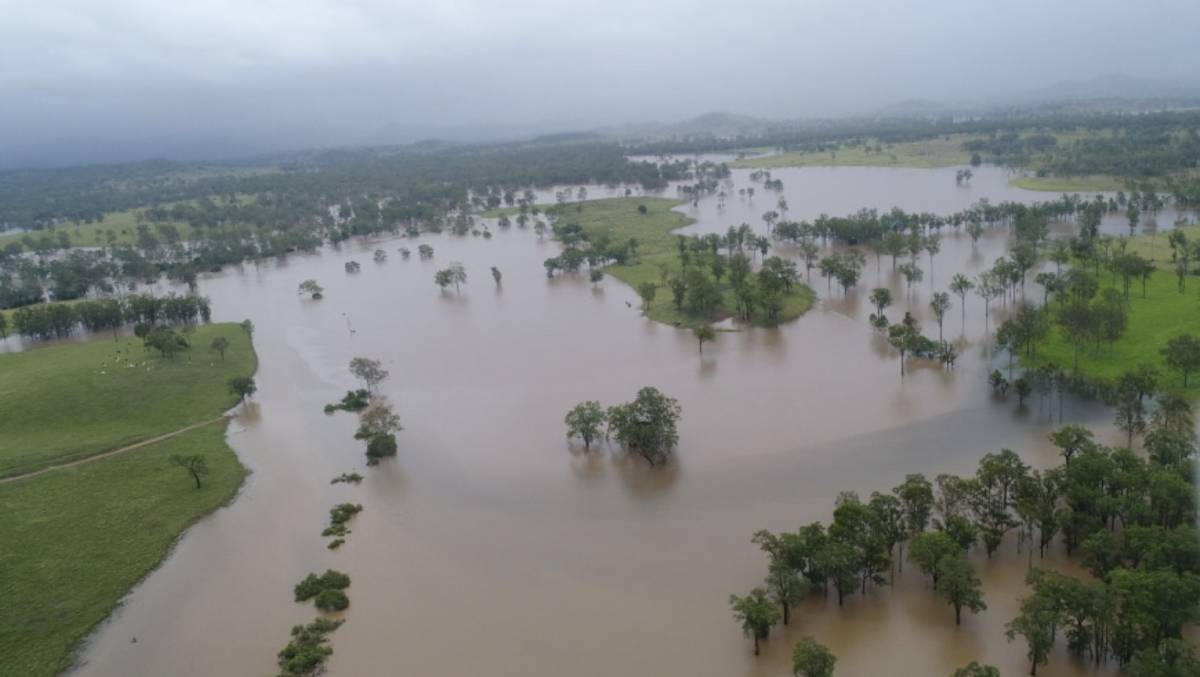 Dion Williams' drone photograph of Munna Creek at Ivanhoe, Glenbar. He says the flood event was 'way bigger' than what hit them in 2013.

AgForce opened a survey on Saturday afternoon to help it and government agencies obtain a fuller picture than could be ascertained from Bureau of Meteorology data, to guide immediate assistance measures as well as to support an application for federal disaster funding.

"We already know the impact will be very severe - they were extraordinary volumes of water," AgForce president Georgie Somerset said on Tuesday.

"As well, this is their third flood in 10 years.

"Along with severe drought challenges, it has a multiplier effect - it can be very hard to rebuild your business time and time again.

"This will require a strong response from agencies."

Mr Stone said while it was certainly not the worst flood event he'd seen, it had been very traumatic for those involved.

"People are very bent out of shape - things like proving stock losses, photographing dead stock are challenging them at the moment," he said.

"From our experience in North Queensland we know it can take weeks to come to terms with what's been lost.

"When they do, and come back to us, we'll make it as least complicated as we can."

Primary producers across the Wide Bay-Burnett region impacted by the rainfall event were advised on Wednesday that they could apply for natural disaster recovery assistance.

Category B assistance under jointly funded Commonwealth-State Disaster Recovery Funding Arrangements has been activated, based on damage reports collated by the Department of Agriculture.

According to the acting Minister for Agriculture Mark Ryan, a category C activation request would be considered as more information came to hand.

Mr Stone said that process would involve advice from the Queensland Reconstruction Agency and the Premier to the Prime Minister, after which he would be involved.

"We have to be assured the money available is being spent in the best way, but all three levels of government are there to give people a hand up," he said.

"Things can never be put back the way they were - there's just not enough money for that.

"People today acknowledged that - they said, this is farming, and the good thing about Queensland is that all three levels of government work hand in glove to get things done."

One of the critical issues that would need further attention was that of connectivity, Mr Stone said.

A number of people at the meeting raised the problem of phone and internet connections failing, saying that meant they couldn't see what was going on via Bureau of Meteorology radar, and nor could they ring neighbours or emergency services.

"Unlike the north west in the 2019 monsoon, where they didn't have the service to start with, these people did but it didn't stand up.

"It's an issue for Telstra, that we will be following through with."

Mr Ryan said an IDSP provides access to Queensland government assistance similar to the Category B DRFA of freight subsidies and concessional loans.

Category B Natural Disaster Assistance loans are administered by the Queensland Rural and Industry Development Authority on behalf of the Queensland and Commonwealth governments.