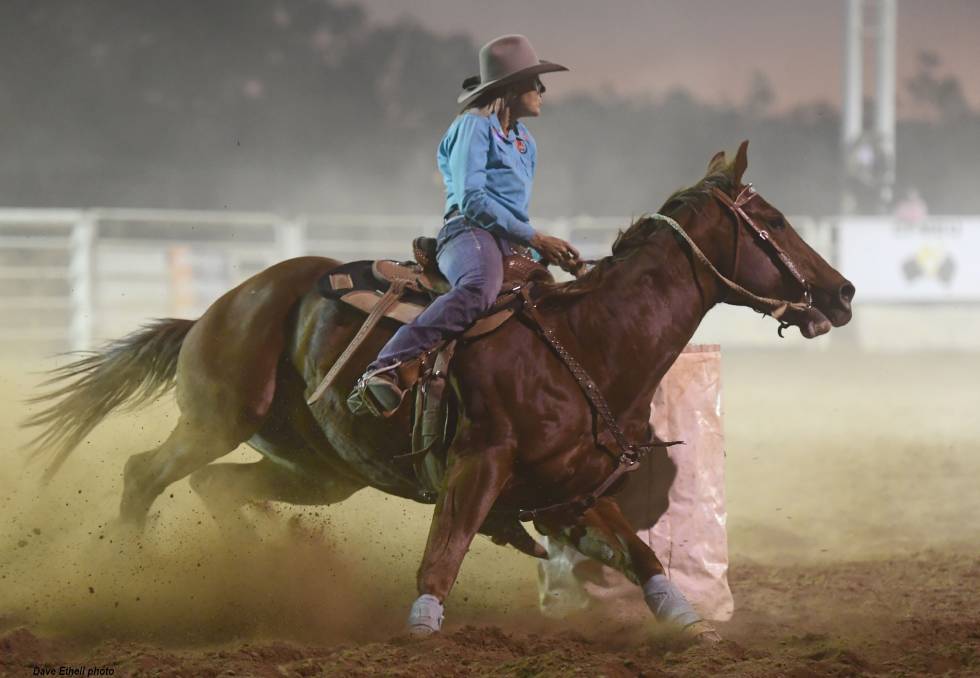 Hervey Bay was one of two rodeos planned in the Wide Bay area in January. The second, at Maryborough, was postponed on January 8 due to record rain in parts of the Wide Bay area on the Friday night and Saturday morning which cut numerous highways and roads.

Caban will go into the January 21-29 Ariat Australian Professional Rodeo Association National Finals in third place in the all around cowgirl standings behind leader Ellysa Kenny, of Emerald, and South Australian cowgirl Candy Michaelis.

In the rope and tie at Hervey Bay, Mitch Eastwell, from Warwick, was the winner from Emerald cowboy Shane Kenny. Eastwell was timed at 8.6 seconds.

The steer wrestling was won by Tate Van Wel from Charters Towers in 4.3 seconds, .05 of a second ahead of Will Sloan.

Queensland competitors will start to head south this week in preparation for the national finals at Chiltern on January 22-23 and Alexandra on January 29-30.

Prize money for the past two seasons has been combined and will give riders higher up in the standings a better chance in the finals.

Around half the riders to compete late this month in Victoria are from Queensland.

While Queensland riders missed out on some pre finals training due to the heavy rain late last week in the Wide Bay area, competitors from the southern states had the chance to fine tune their form at a rodeo at Alexandra in Victoria, one of the venues for the national finals.

The national finals will be contested over four rounds in Victoria, two at Chiltern and two at Alexandra.