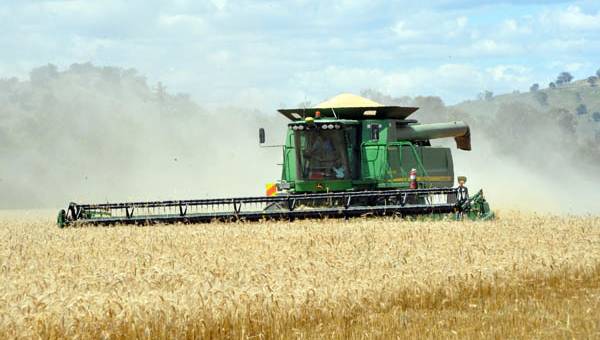 Since the week before Christmas, Chicago and Kansas City wheat futures, widely seen as global price benchmarks, have tumbled 7 to 9 per cent on record large southern hemisphere wheat production forecasts.

Last week, the widely respected Buenos Aires Grain Exchange raised its estimate for the current wheat harvest by 300,000 tonnes to a record large 21.8 million tonnes due to higher than expected yields.

The forecast is nearly a quarter bigger than last year's harvest of 17.7mt and is expected to see the USDA raise its production forecast from the current 20mt in this week's World Supply and Demand Estimates report.

Better than expected yields is also expected to see the USDA raise its forecast of Australia's 2021/22 wheat harvest. As harvest wraps up in WA, CBH wheat deliveries are edging towards 12 million tonnes, which is more than 3mt more than last year.

When the final production estimates are tallied, Australia's 2021/22 wheat crop is expected to exceed 36mt for the first time.

It will be comfortably bigger than last year's 33.3mt, which also record large and only the second time the national wheat crop had topped the 30mt barrier.

Local wheat prices drifted lower on the back of the declines in United States futures as well as a further softening in global cash markets.

Northern stockfeed wheat bids have only seen modest declines in the past few weeks.

Stockfeed wheat bids are back $7 from the pre-Christmas levels to $305 delivered into the Darling Downs.

Barley bids have strengthened by $5 to $283 at the same time, as traders struggle with slow farmer selling.

Australian farmers are cashed up after the record large wheat and canola crops, accompanied by record high canola prices.

Farmers are in no hurry to sell barley, with most content to see how the autumn weather unfolds.