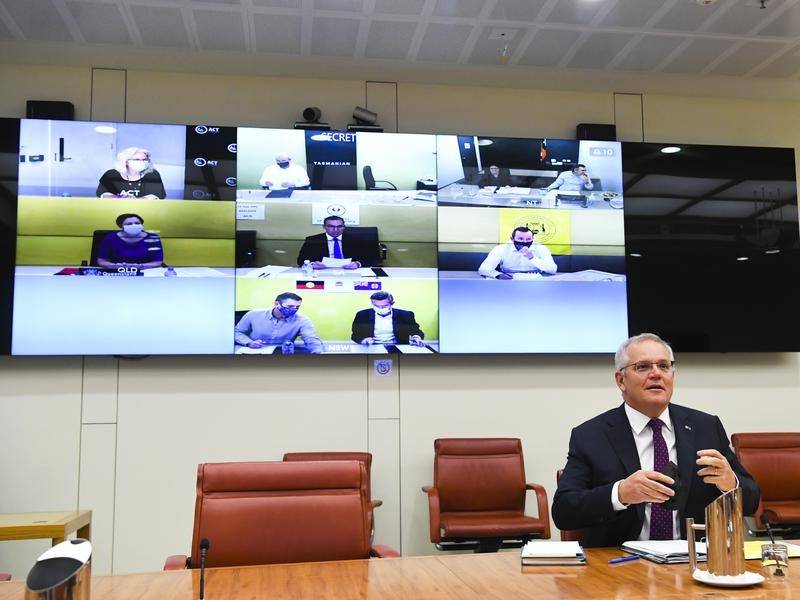 Health industry groups are questioning the decision not to provide rapid antigen tests free or at least heavily subsidised to Australians.

Health industry groups are questioning the decision not to provide rapid antigen tests free or at least heavily subsidised to Australians.

Prime Minister Scott Morrison announced after national cabinet on Thursday, changes to COVID-19 isolation periods, the definition of a close contact and a greater reliance on rapid antigen tests instead of PCR tests.

Australians in NSW, Victoria, Queensland, South Australia and the ACT now only need to isolate for seven days if they are a close contact, defined as a household or intimate contact who's spent more than four hours with a positive case.

They will only need a rapid antigen test and will be able to leave isolation after seven days if they return a negative RAT on day six.

Positive cases regardless of vaccination status will be able to leave isolation after seven days from their positive test but will also need to return a negative RAT on day six.

SA Premier Steven Marshall flagged the state would not be following the new definition of a close contact.

"Scott Morrison has decided to let it rip without giving Australians the tools that they need to keep themselves safe and healthy, particularly booster shots and rapid tests," he said.

"The message to the Australian people yesterday from Scott Morrison essentially was, 'you're on your own'."

State testing centres will hand out rapid antigen tests over the coming weeks, but tests will not be provided for free across the board, the prime minister said.

"Rapid antigen tests will be provided publicly at those testing centres for those who require one according to the rules," Mr Morrison said.

"For all other casual uses, that is what the private market is for."

Mr Morrison said private industry could now purchase RAT supplies "and not have any concern that somehow a new policy will come in and tests will be be handed out to anybody who wants one."

But Dean Whiting, chief executive of industry body Pathology Technology Australia, whose members provide about 95 per cent of all PCR tests and 70 per cent of rapid antigen tests, says he never heard from the federal government.

The group has been calling for subsidised RATs for small to medium enterprises for months to help keep businesses open and limit the spread of COVID-19.

Mr Whiting said having certainty about the role of RATs was welcome, but not having at least a subsidised scheme was "counter to the best healthcare interests of Australia."

"My main concern is for people who can least afford that to do the testing," he told AAP.

"We do need a hybrid model where people who can afford to pay for the test should but those who can't should be able to get them for free, and that would be through the Commonwealth funded pharmaceutical benefit schedule."

The current situation of mass vaccination and testing hubs was not a long term solution to the pandemic and the Guild has consistently called for a hybrid model so the "worried well" could take precautions "but it also enables those people who are complying with a state or territory public health order or those people on a healthcare or concession card (who) can access them for free."

The Australian Medical Association expressed its concern at the new arrangements, saying the amended definition of a close contact appeared to "put politics over health".

AMA President Dr Omar Khorshid said more cases would be missed with the narrowed definition, which could accelerate the outbreak.

"Anyone catching Omicron in a restaurant or pub, for example, and who are asymptomatic won't know they're infected and could pass the virus on to more vulnerable people," he said.

"It seems national cabinet is prepared to bet that a massive Omicron outbreak won't cause large numbers of hospitalisations."

Mr Morrison encouraged Australians to get their booster shots when they become eligible, saying high vaccination rates gave the government confidence in adopting the new measures.