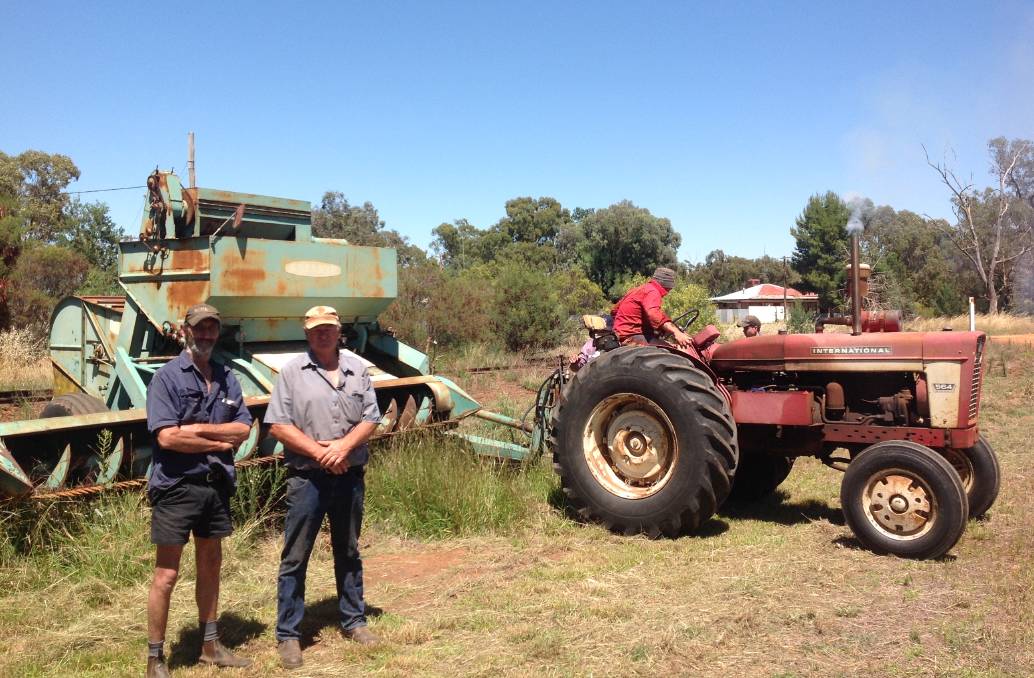 Vintage harvest: Wayne Hueske and John Staniforth with the Shearer 105 PTO header and the International 564 tractor. 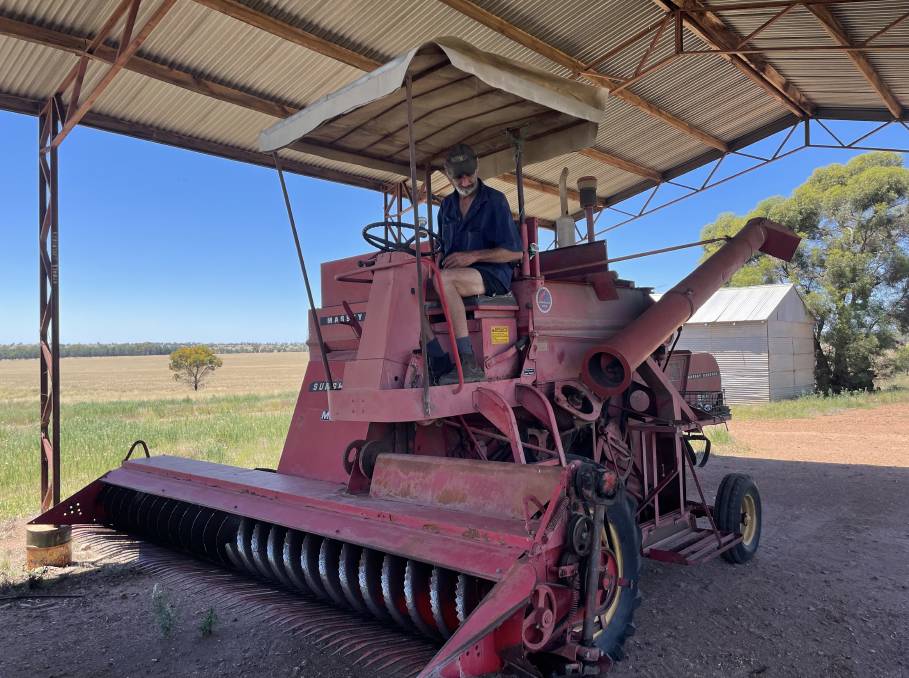 Wayne Hueske with his pride and joy - a Massey-Ferguson 587 in splendid working order.

There is a lot of wheat grown around here and we've all got an interest in old machines and don't want to see them discarded - Wayne Hueske, co-ordinator of the Tallimba Vintage Harvest and Grain Handling Day

The paddocks are big and so are the headers in operation taking of this year's crop which could be a record yield for the district.

The farmers naturally are proud of their modern machinery, but they also have a special attachment to their vintage collections.

"A few of us have kept the old headers in working order and we thought we would leave a bit of crop last year to have a bit of an end-to-harvest party," Wayne Hueske said.

"We got the old headers out to harvest the crop and about 50 or 60 people turned up to watch us."

That overwhelming interest encouraged Mr Hueske along with John Staniforth and Marty Quade to think seriously about having an annual event in support of the small community.

"Our sports club was trying to raise money to fix the pavilion up and we thought there was no better way than to have a header day," Mr Hueske said.

"There is a lot of wheat grown around here and we've all got an interest in old machines and don't want to see them discarded," he said.

"We have seven operating headers in our collection with more coming all the time.

"We've also got a neighbour who has 25 old tractors."

The interest in heritage machinery is widespread and you only have to visit local shows or the Henty Machinery Field Days to see the care the owners take with their machines.

The inaugural Tallimba Vintage Harvest and Grain Handling Day is planned to take place on the weekend January 8 and 9, allowing for suitable weather conditions.

"We will have a lot of machinery on display," Mr Hueske said.

"We've been told people will be bring along their old balers, reapers and binders and bag handling gear.

"It will be a fantastic day for everyone."

Mr Hueske explained the crop to be harvested is Sceptre wheat and planted in late July so it wouldn't be too mature before the vintage harvest.

"We had some seed of the Ford variety donated to us which we will sow for next year's harvest," he said.

"We also intend to have a hay day next year as well where we will have reapers and binders and a wire-tie baler to make the hay and chaff."

It is envisaged that a ploughing day and sowing day will be coordinated, adding to the interest for the small village and all done with vintage machinery.

Other farmers behind the vintage harvest include Geoff Mackenzie, who has a passion for used machinery, collecting and arranging sales of parts and manuals and Joe Reilly.

Among the headers which will be operating during the vintage harvest is Mr Reilly's Conor-Shea Auto-Header, a self-propelled machine made in the early 1970's and one of only 300 manufactured.

Built in Sunshine, a suburb of Melbourne, it is an interesting header in that it came without an engine which allowed the farmer to drive it with one of the farm tractors, after removing the rear wheels of the tractor.

It had been bought by Mr Reilly's late father at a clearing sale at Moombooldool in 1985 and it was used to harvest about 200ha crop each year until 1998. 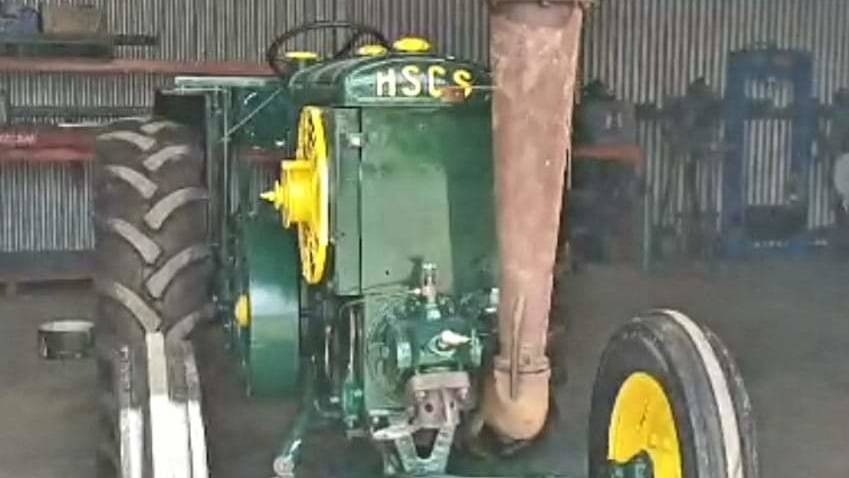 Mr Reilly will also be operating his Massey-Ferguson 506 PTO header on the day.

Another header, which is proudly in the possession of Mr Hueske and will be operating during the harvest festival is the Massey-Ferguson 587 which has been in his possession for four years.

"It is in perfect order and every year I have harvested a bit of crop with it. - that is how all this harvest festival came about," he said.

"I just love old headers and we said we would have a bit of a game with them."

The potential of this event to grow are endless, and already the organisers are anticipating the collection of heritage harvesting machinery will only expand and attract wider attention, with interest from WA and Victoria already confirmed.

"There is no reason we won't be able to have a big day and put Tallimba on the map," Mr Hueske said.

"There could be as many as ten headers with a lot of other machinery on display.

"We do have a Facebook group - Tallimba Vintage Harvester and Grain Handling Day."