There is something about the social fabric of regional and rural Queenslanders with many chosing to travel vast distances to catch up with a few mates be it at a rodeo, campdraft, race meeting or fun filled event.

Queensland Country Life's Helen Walker and North Queensland Register's Meg Anderson put together some of the more iconic events they have enjoyed throughout Queensland. 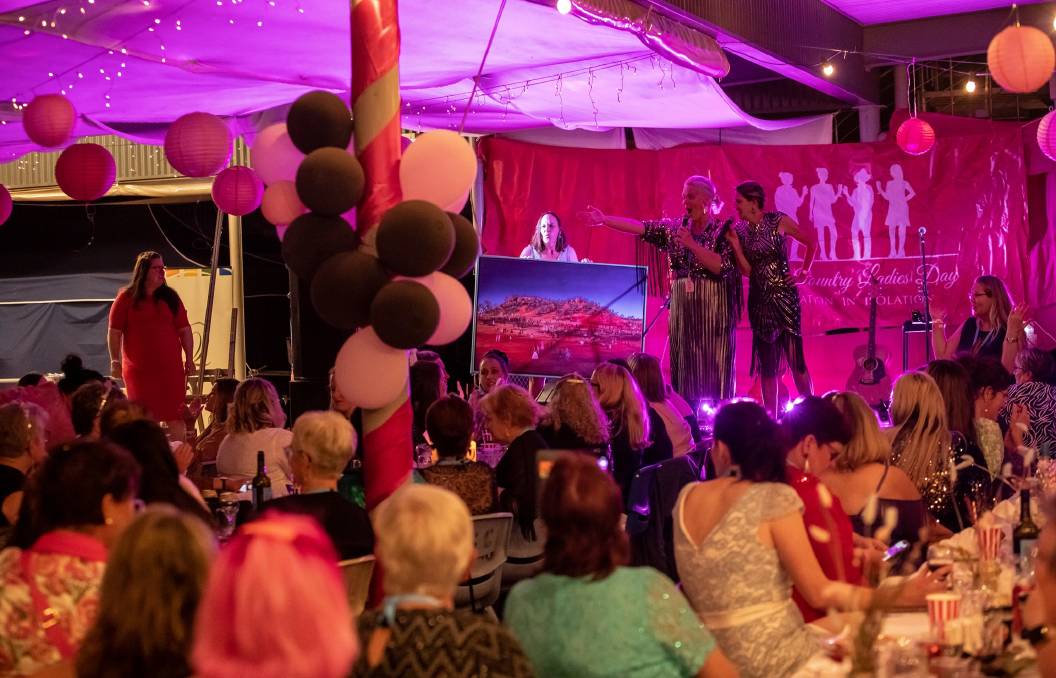 The Channel Country Ladies weekend at Bulloo Park, Quilpie was enjoyed by 350 women from all walks of life.

The Channel Country Ladies Weekend is definitely a must attend event where you take away something special from the weekend.

Held in October each year, the committee rotates the event throughout the varies shires that form the Channel Country.

It was developed in 2012 to bring women together from across a large geographic area to socially connect as social isolation is a significant issue for women in the remote western Queensland region.

Hundreds of women from regional, rural and remote townships and properties gathered to listen to inspirational speakers, take part in practical and artistic workshops, join in fun group exercise activities and of course, enjoy the fabulous dress-up evening events.

Included is many workshops from early-morning aqua-aerobics at the local pool, to craft workshops in boro stitch, lamp-making and cyanotype printing.

Channel Country Ladies Day also has a range of beauty and health services, with ladies able to book a GP appointment, get their nails or hair done, have a massage, receive some reflexology, have a breast or sexual health screen. Needless to say, these services are booked solid for the weekend.

The Channel Country Ladies Day is now an fun packed annual event and is open to all women to be inspired and empowered to better lead in their regions and better understand themselves.

It is a true outback celebration for women of all ages. Off and racing in true Burrandowan style.

It is a day when the local community gathers to host people from far and wide - many of whom return year after year for their 'fix' of real country racing.

Not only a great day of country racing, Burrandowan attracts punters, fashionistas and families from all over south east Queensland and interstate the locals love hosting the event.

Next year on May 7, racegoers to the Burrandowan Races will celebrate its 100 years. The winner and placegetters of the 2021 Warwick Gold Cup campdraft.

The Warwick Rodeo was immortalised by Australian country music legend Buddy Williams in a song in the early 1940's - Heading for the Warwick Rodeo - but well before then, the Warwick event had built up a reputation for tough buckjumpers, wild cattle, campdrafting and great prizemoney.

The very first official Warwick Rodeo was held in 1906 and Australian Championships from around 1928. In 1931, the open campdrafting competition became the Warwick Gold Cup, named because of the presence of the then Governor of Queensland, Sir John Goodwin, who presented the very first Gold Cup to the winner.

After the 1931 presentation the Gold Cup was then backdated to 1928 and the winners of the 1928-1930 campdrafts were presented a Gold Cup too.

The Warwick Gold Cup, paid for each year by the business houses of Warwick, and is known by many as the "Melbourne Cup" of campdrafting.

The Warwick Gold Cup attracts more riders and offers more prize money than any other campdraft in Australia and is worth over $105,000 plus a Gold Cup and a trophy saddle.

It attracts the top competitors throughout the country and is regarded as the Australian Championship of Campdrafts. The Roma Picnic Races has a colourful history dating back to 1901..

The Roma Picnic Race Club has a rich and colourful history that stretches right back to 1901.

It is believed that the Roma Picnic Races started after a dispute broke out in a local shearing shed on the property of "Bellevue". To settle the dispute a horse race was organised near Camp Creek.

To this day the outcome of the challenge is unknown however the race was the birth of what we now know to be the Roma Picnic Races.

The first race meet was for grass fed horses only and so the Picnics tradition was born. The racing of locally owned horses, raised in the paddock, was well supported by the district and continued for almost nine decades until Racing Queensland standardised all clubs and the grass fed tradition was no more.

Today, the Roma Picnics is a two day event held in March featuring a black tie ball the evening before the race day held at Bassett Park and draws a large crowd of locals and visitors . 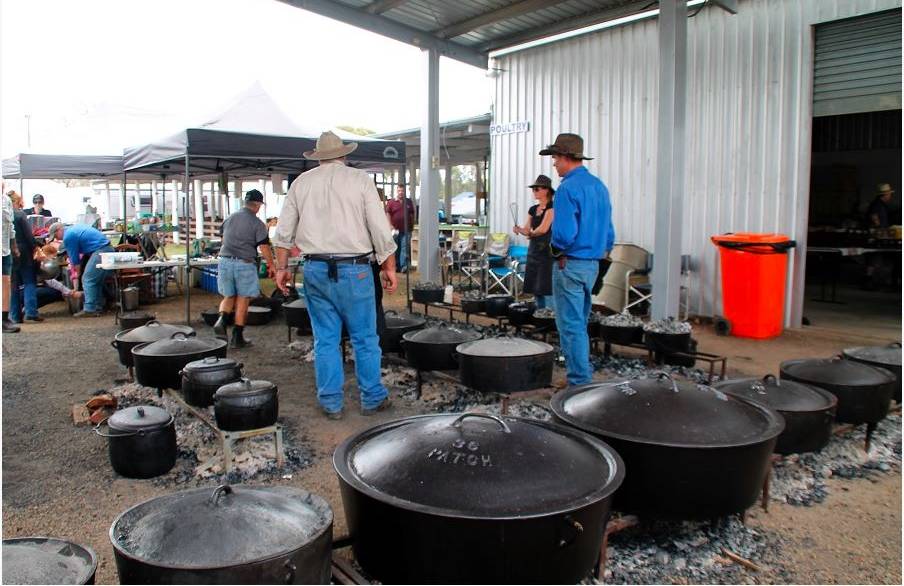 It started as a little friendly competition around the campfire, but the Australiam Camp Oven Festival has evolved to become one of Queensland's flagship tourism events.

It is held at the Millmerran Showgrounds in early October, and is the brainchild of outback icons Gary Fogarty and Ned Winter. 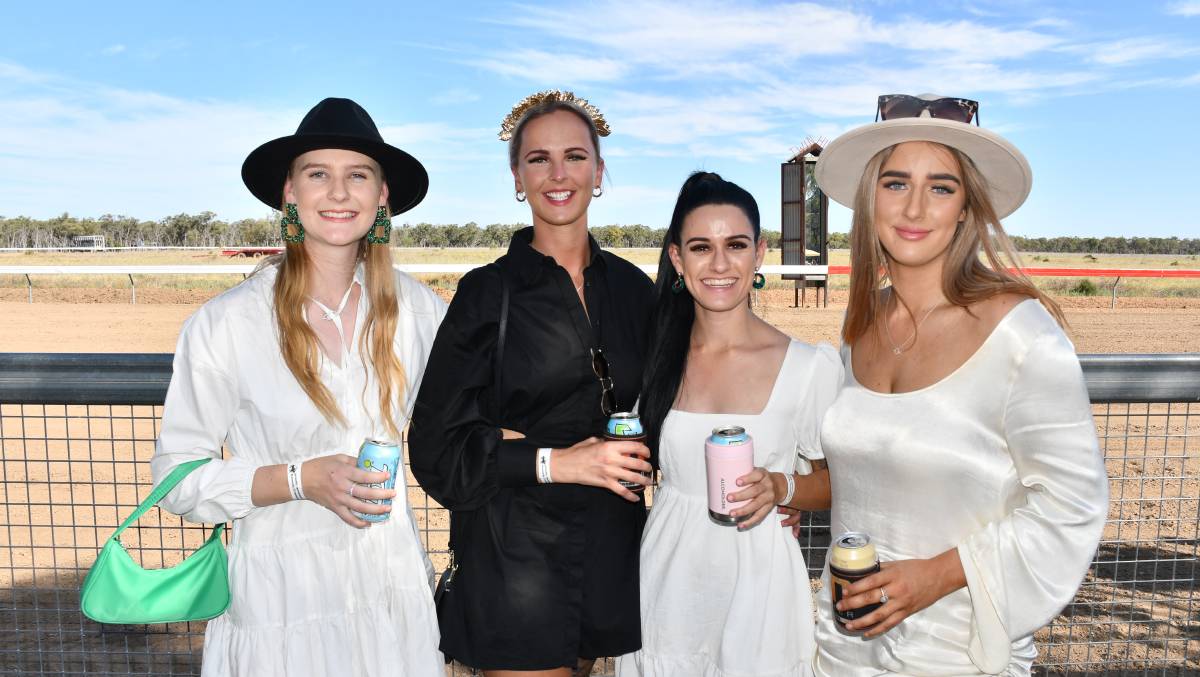 The dust has settled has on another fantastic year at Twin Hills, with event organisers describing the 2021 event as one of the biggest they've seen yet.

Providing the ultimate country experience, thousands poured into the grounds for the big three day event held in September this year.

With live campdrafting action, a massive Friday night rodeo, and two race meets, patrons travelled from all over Queensland to attend, and if your car's not covered in a thick layer of dust by the time you leave, you probably haven't been there long enough.

Good rainfall early this season gave the grounds a nice green tinge which was a contrast to previous years, making it difficult for campers to leave with any 'gidgee burr souvenirs' by the end of the weekend.

"A couple of trainers said it was the best the tracks ever looked and it was because we had that good rain early in the season, and then we had a couple of inches a few weeks before, it was perfect," she said.

Jas is a long standing committee member and has been secretary of the race club for 10 years now.

"We spend months and months planning Twin Hills, it's a huge job to organise," she said.

"It's unique, I don't think there are many events like it in Queensland.

"It's just a very affordable, safe, family weekend, It's not just for the over 18 group, it's for everyone."

On Saturday alone the committee counted about 1800 people through the gates to the race track.

Her highlight of the whole weekend was seeing everyone enjoy themselves.

"It creates great economic stimulus and everyone is able to get together and see each other for a weekend," she said. The Roma Cup is high on the list of events that should be marked down on everyone's 2022 calendar.

Whether you're making a pit stop on your way home from uni, or an old timer who's been attending for years, the cup caters to everyone.

With a range of different marques and areas to choose from, you can even enjoy a few beverages at the bar in the middle of the track if you wish.

Notoriously hot, It's the event that draws people from all over the countryside, with close to 5000 people stumbling through the gates this year.

If you're camping, tub trays, tarps and blow up pools are recommended to combat the fiery November heat. 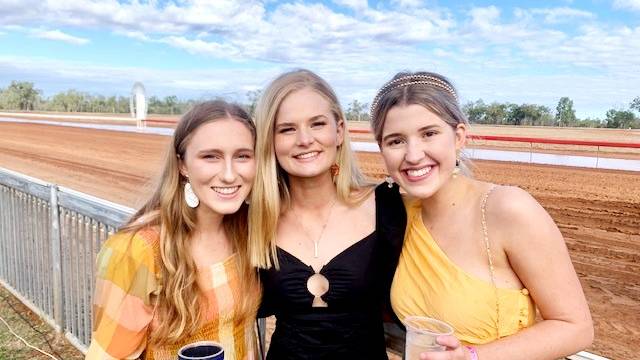 Not even rain could waver attendance at this years event, as thousands of dedicated racegoers poured into Alpha for what can be described as 'a guaranteed good time'.

Organisers were forced to cancel the horse races this year after widespread rainfall in the lead up caused the track to become saturated, however, as all shows must go on, a 'phantom meet' was held in its place.

With good company, a cracker of a bar, and live music that has even the 'non- dancers' tapping their feet, It's no wonder it remains to be one of the most popular events in the bush. For competitors, the National Finals represent one of the biggest weeks of campdrafting and socialising in the ACA calendar.

This year's event was hosted at Nebo, and included four solid days of competition, wrapped up by the ACA presentation dinner on Saturday night

Inviting talent from a number of different zones, for some competitors it had been the first time they had seen each other in over a year due to Covid.

Social excitement was an understatement, with two bars operating all week, and music until late.

Next years event will be held at Springsure on April 18- 23, and will coincide with the ACA's 50 year celebration. 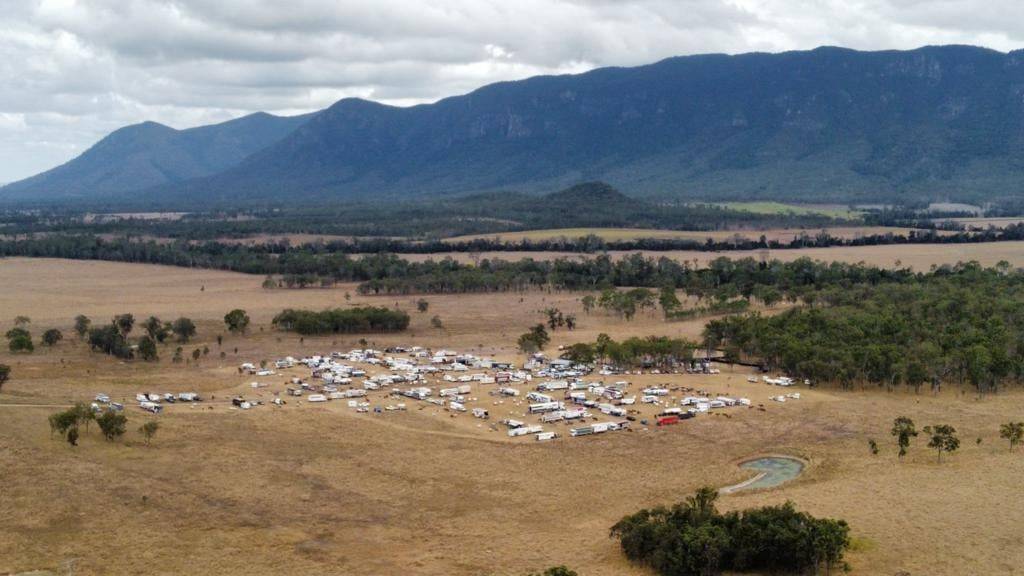 The location doesn't get much better and the people don't get much nicer than the ones you meet at Blue Mountain Campdraft.

With a backdrop suitable for a postcard, the event is held on the third weekend of August every year on Darren and Mel Hamblin's 'Strathdale Station', near Sarina.

Only a relatively small show in comparison to other campdrafts, it is notably one of the best parties on the Central Queensland circuit.

Well known for it's bungee cord sprint competition which separates the boys from the men on Saturday night, Blue Mountain offers great food, great cattle, and great company for the ultimate trifecta.