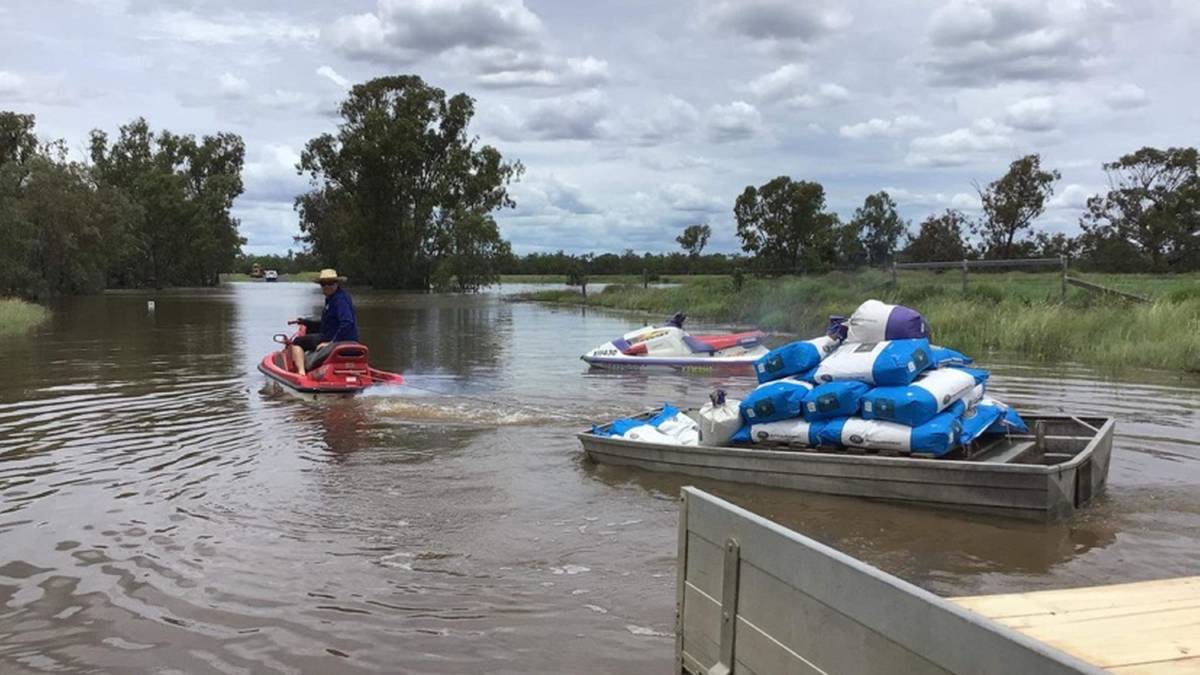 Staff at Undabri, west of Goondiwindi, are using jetskis and boats to get seed across flooded waterways to sowers in a last ditch effort to get a cotton crop in the ground. Pictures supplied

Jetskis are the preferred mode of transport for Chris Edmonds and his staff as they strive to continue their farming operations amid flooded paddocks at Goondiwindi.

Jetskis have become the preferred mode of transport for Chris Edmonds and his staff as they strive to continue their farming operations amid flooded paddocks at Goondiwindi.

He estimates the Undabri-Yambocullie aggregation owned by Oriental Agriculture has lost 4000ha or 10,000t of barley worth $2.75m, and 1000ha of chickpea crops valued at $1m, when water from the flooded Weir River breached property levee banks last week.

"And that's not to mention rebuilding the earthworks," he said.

While the flood in the Macintyre River at Goondiwindi was the biggest for a decade, Mr Edmonds said it was water from the Weir River that caused them the most grief.

"Our farm is fed by the Wyaga system and that was the highest it's ever been," he said.

"Everything runs into the Weir River and it couldn't all fit.

"No-one was pumping either, to take the pressure off."

He said thankfully water hadn't come into their houses or buildings, but others hadn't been so lucky.

Mr Edmonds said the barley crop had been looking like their best ever before it was submerged, along with the best prices ever, but philosophically said their harvest costs were the cheapest ever as well.

Although barley is usually harvested first, Mr Edmonds made the decision to get the wheat off first, saying that barley's only market since the Chinese embargo was the domestic market.

"If it had rained, the wheat would get downgraded to feed - I'd sooner lose the barley than the wheat," he said.

RELATED: Gone fishing in the wheat paddock at Toobeah

Never one to let a chance go by, the operation has swung into action to get cotton planted, despite being cut off from paddocks in three or four spots.

With water 1.5m over the road, they are using jetskis to precariously tow punts packed to the gunnels with seed, fuel and oil to paddocks on the other side dry enough to get machines onto. 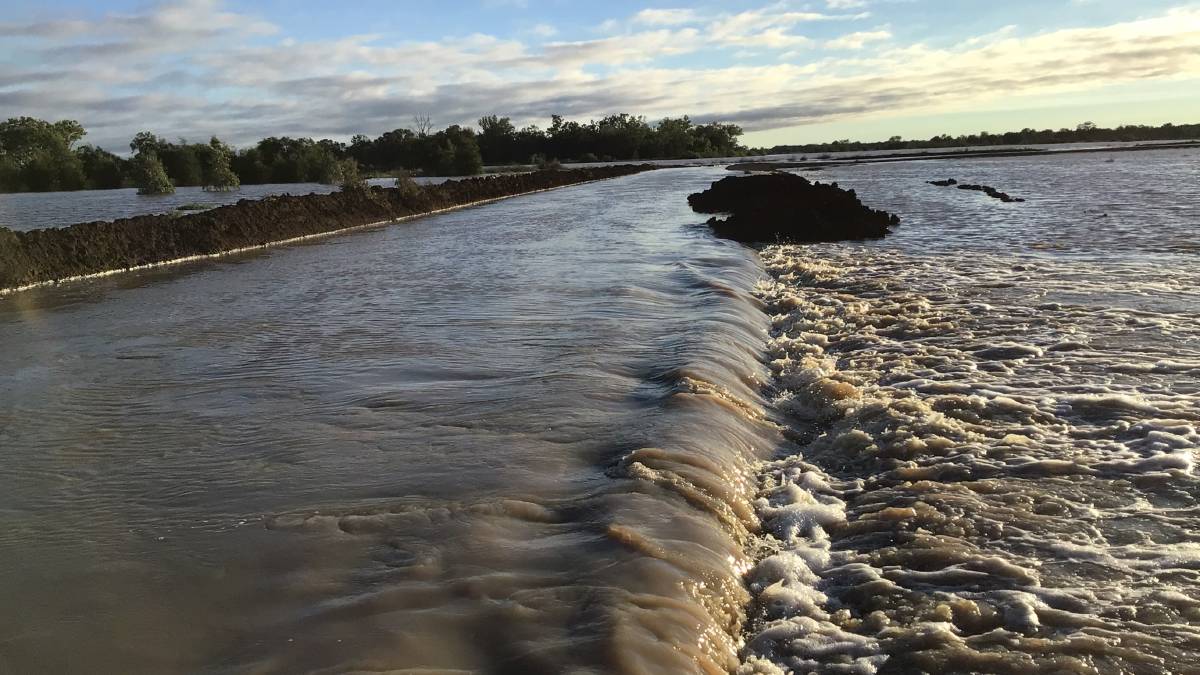 To compound the strange circumstances, they'll be irrigating the newly planted crop by pumping out of floodwater going past.

"Just 5mm today and another 5mm in four or five days time, to help the cotton plant penetrate the crust, to soften the soil up," Mr Edmonds explained.

He acknowledges that it's very late to be planting cotton, saying the window would normally close on December 10, but he believed it was a better alternative, pricewise, to sorghum.

They normally plant 1500ha to cotton and hope to achieve 1100ha this year, planting until Christmas, after which they'll switch to sorghum.

FLASHBACK: Barley crop at Undabri out of this world

He was also anticipating a resurgence in mouse numbers, saying that although 90 per cent had drowned in the flooding, the survivors would breed up quickly.

He said that once the water subsided, there would be mouse feed for miles.