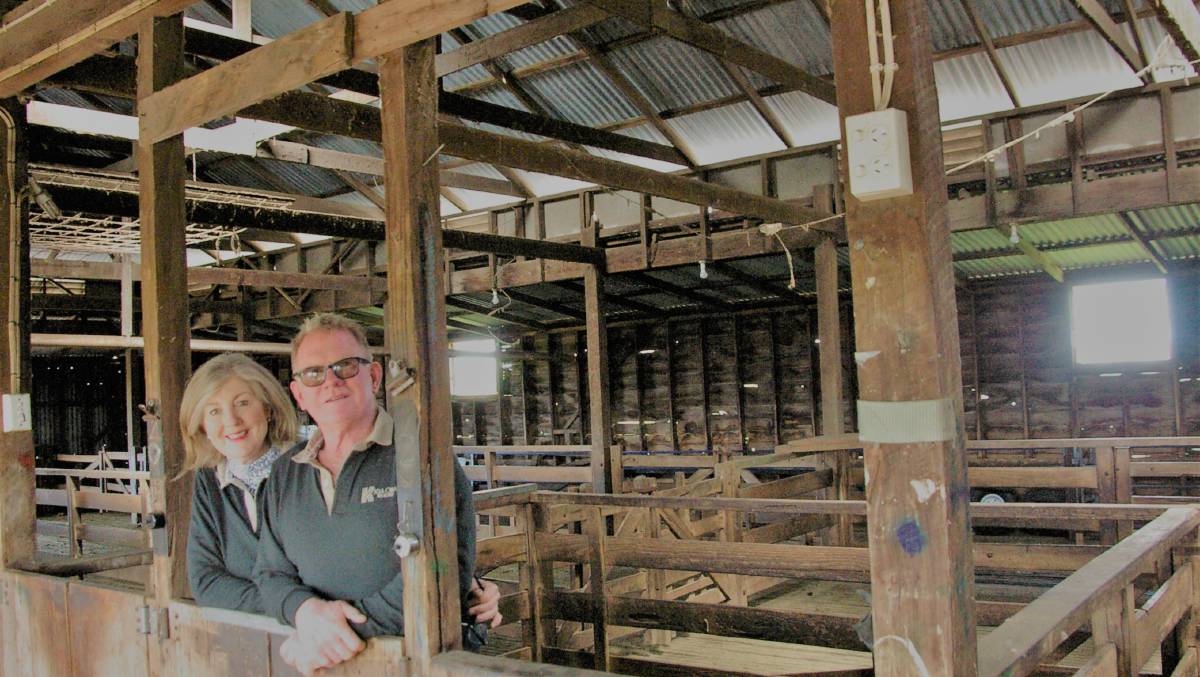 Susan and Brendan Finnigan from Kia Ora Merino hope other Australian wool producers will also contribute feedback to the EU's call for evidence for their microplastics initiative.

Australian woolgrowers are being urged to respond to a call for feedback on the European Union's plan to create legislation to tackle microplastics pollution.

Australian woolgrowers are being urged to respond to a call for feedback on the European Union's plan to create legislation to tackle microplastics pollution.

It comes amid concerns that proposed EU labelling laws could unfairly preference synthetic fibres by focusing on details such as carbon footprint and water use, without looking at fossil fuel usage or the amount of microplastics certain textiles contain.

Synthetic garments are known to release microplastics during the washing process, with those plastics going on to end up in the ocean.

Giovanni Schneider from major international wool processor the Schneider Group is among those who have already weighed in during the microplastics call for evidence, pointing out the EU's Product Environmental Footprinting strategy does not consider microplastics released through washing

"The Product Environmental Footprint strategy does not include this problem in the environmental impact of synthetic textiles and is not compliant with this initiative aiming to reduce impacts on the marine environment of microplastics," he said.

"A better coordination between the different EU policies should be enforced otherwise we will have different policies with different outcomes, creating a big confusion for the citizens."

Australian Wool Innovation has been raising its concerns about the EU's Product Environmental Footprinting methodology through the Make The Label Count campaign, which is pushing to have microplastics factored into whether a garment earns a clothing sustainability label.

Australian Wool Innovation acting CEO John Roberts said microplastics are a threat to the environment, especially in oceans and rivers..

"AWI on behalf of Australia's woolgrowers is seeking to have European labelling laws include positive environmental indicators in the product environmental footprint," he said.

"We want labelling to truly reflect the environmental impact of wool such as no microplastics, its renewability, biodegradability and reuse.

"These are wool's strengths, so AWI invests in evidence to ensure these attributes are not overlooked.

"Australian wool has a great environmental story and we are doing everything possible to get the message heard."

Susan Finnigan from Kia Ora Merino in south-west Victoria has already responded to the callout for feedback and is hoping other wool producers will do the same.

"Obviously the strong point of wool is it is such a safe and natural product," she said.

"I think synthetic fabrics have slipped under the radar for too long, starting with the petrochemicals used to make the fabric and right through to the fact they end up becoming trash in third world countries.

"People donate clothes and they end up in oceans.

"It's not just about wool producers, I think everyone should be keen to show the importance of this issue."

The call for evidence stage of the microplastics initiative review will be open until December 28, with a public consultation period then planned for the first quarter of 2022.

The story Wool industry urged to weigh in on microplastics first appeared on Farm Online.