The Dalby Australian Stock Horse sale continued its phenomenal run on Sunday, with the overall demand and prices achieved trending in line with the current cattle market, at the Dalby Showgrounds.

Overall 236 horses sold for an overall average of $19,352, representing 95 per cent clearance.

With the top priced mare selling to $114,000 late on Saturday evening ( see separate story), the best price on Sunday was $85,000 for the 10 year old black mare Hillgrove Black Label, a daughter of Allinghams Black Jack.

Already a proven mare, Hillgrove Black Label was offered by Donna Watts of Prosperine and was bought by Geoffrey Porges of NSW.

It was an emotional sale for Mrs Watts who had bought the mare from vendor Ernest Bassingthwaighte at the 2018 Toomba Charters Towers Horse sale. 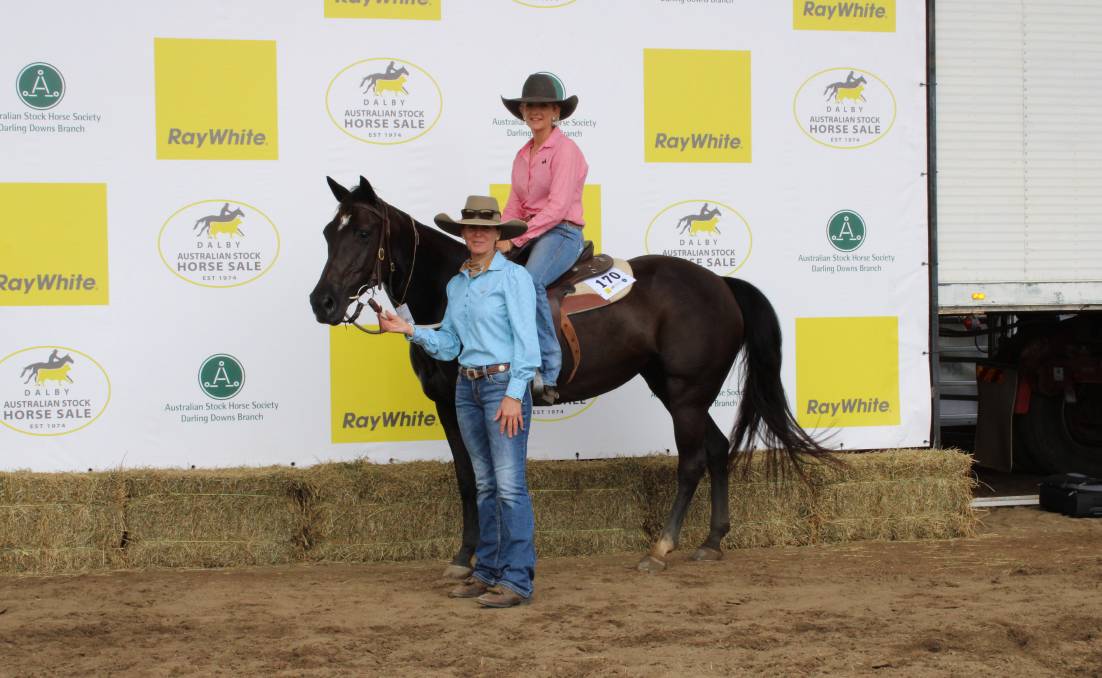 Ashleigh Fairbrother astride the top priced mare Hillgrove Black Label who topped the Sunday selling session at the Dalby ASH sale at $85,000 on behalf of Donna Watts.

Ashleigh bought Hazelwood Conterfeit some six years age from master horseman, the late Ron Wall, who had already won a colt starting challenge with him.

Read more: Records were rewritten not once, but twice, at the 47th annual Dalby Australian Stock Horse sale as the first stage of the selling 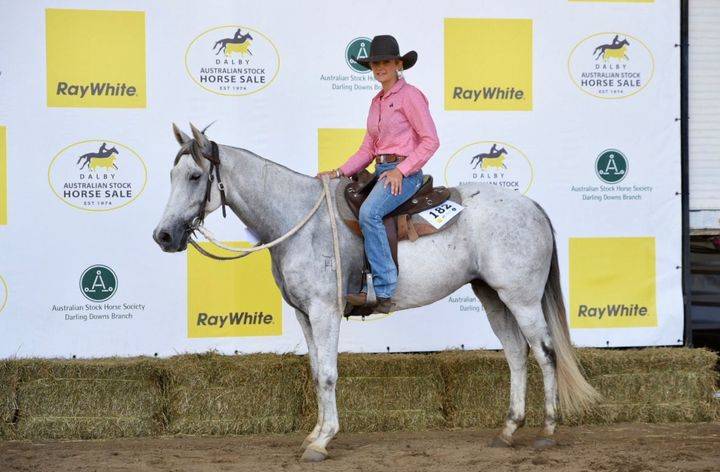 Ray White Rural Dalby's David Felsch said the overall result was exceptional and the average of $19,351 represents the great results.

"It was great to see the confidence in horse industry, with spirited bidding right to the end with horses selling to all states of Australia excluding Tasmania," Mr Felsch said.

"This Dalby sale just keeps performing as the quality is second to none, and we thank the buyers and vendors who travelled in trying conditions," Mr Ryan said.