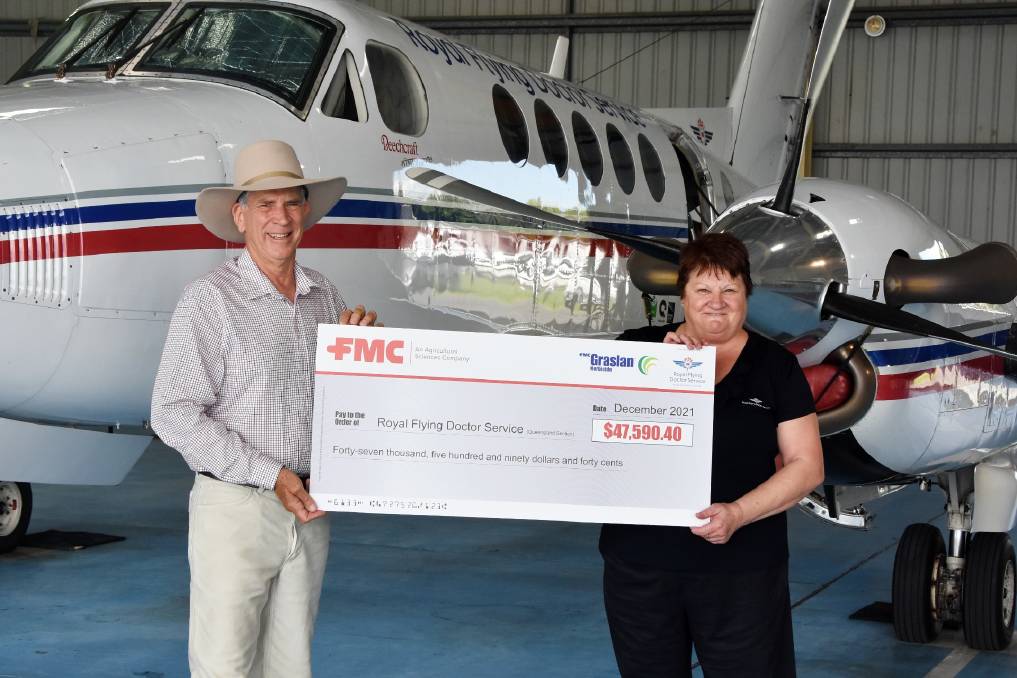 The Royal Flying Doctor Service (RFDS) in Queensland was presented with a generous donation of $47,590 last Friday, thanks to agricultural sciences company FMC Australia.

The funds were accrued from each tonne of FMC Graslan aerial application sold across Queensland and placed into the donation.

Presenting the cheque on behalf of FMC Australia was lead Graslan application coordinator Graham Fossett, Rockhampton, who handed over the cheque to Rockhampton's RFDS base support manager Trish Short. 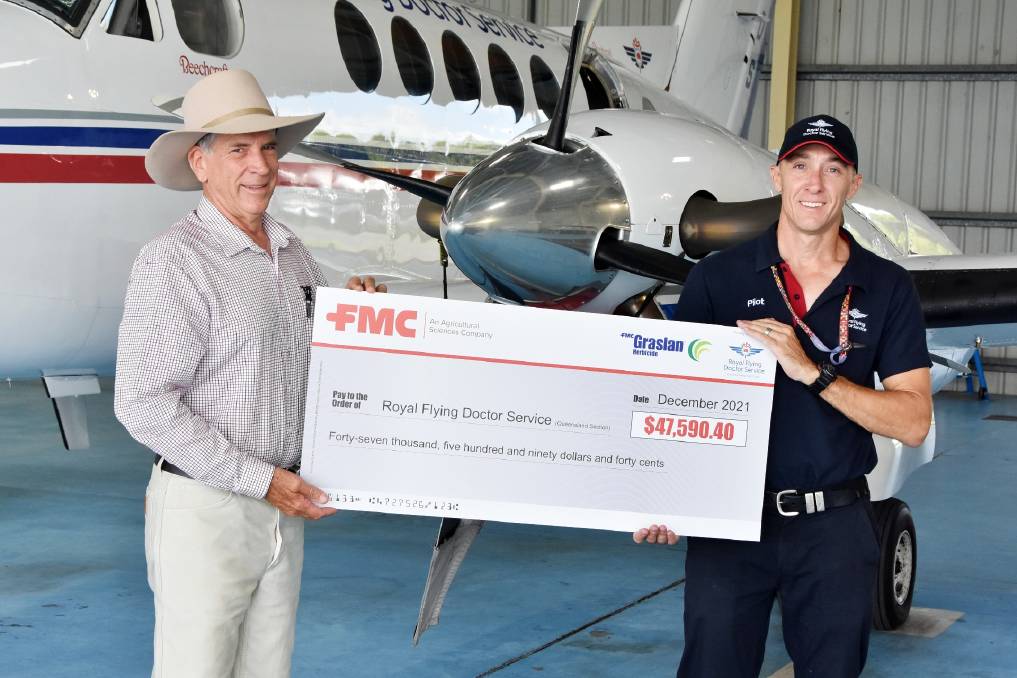 Mr Fossett said the RFDS were a suitable cause and were well deserving of the company's contribution.

"Our business wanted to give something back to our communities where we work and this donation to the RFDS Queensland section was one way of doing that," Mr Fossett said.

"We saw the RFDS as a really worthwhile cause, because they support most of our client base, which are made up of graziers all over Queensland.

"A lot of the graziers and their families have used the RFDS service over the years and that was why we chose them to receive this donation."

Mr Fossett said it has been a tremendous year for FMC Australia, with their annual donation to the RFDS going beyond last year's donation amount of around $30,000.

"It was interesting to talk to one of the RFDS pilots at the Rockhampton base and they said that in the near future they'll have to go through simulation training for the new aircraft which is coming," Mr Fossett said.

"They said this particular cheque will cover one pilot to go down south and do this training."

This is the fourth year that FMC Australia Graslan has donated to the RFDS, with the donations immersing over $110,000.

"The RFDS relies heavily on our corporate supporters, whose incredible work ensures we can continue delivering a range of healthcare services to regional, rural and remote Queensland," Ms Staib said.

"This contribution by FMC Australia will enable our staff to continue to deliver the finest care to the furthest corner of the state."