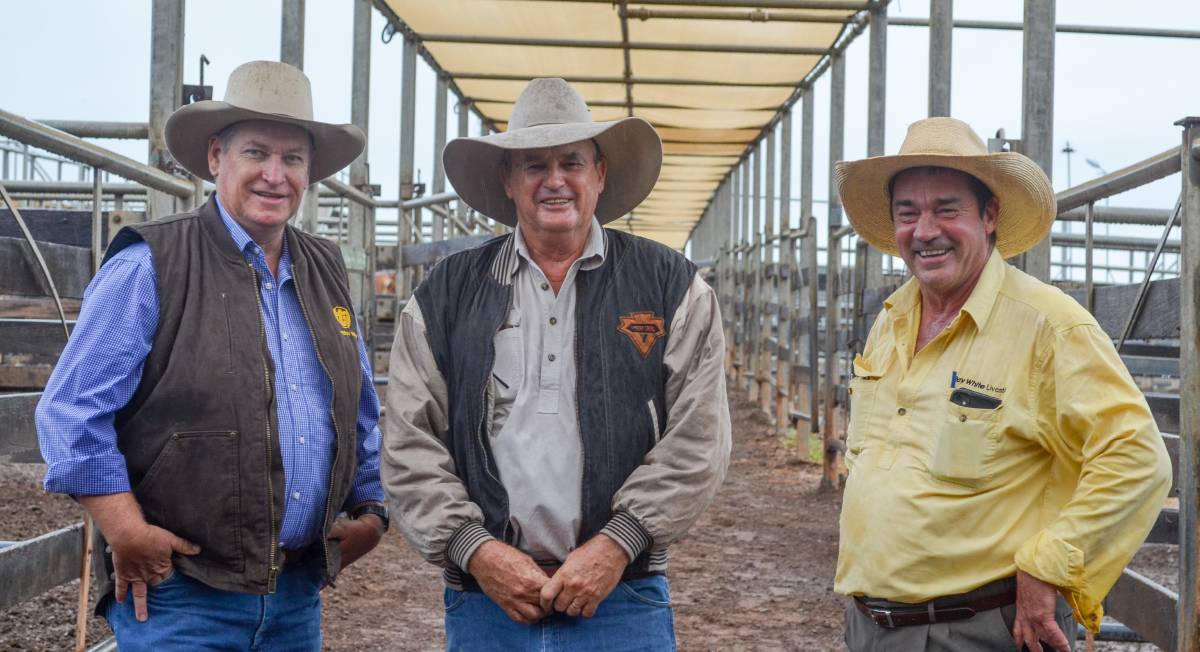 The move to truck a line of Brahman steers more than 3000km to the Roma store sale on Tuesday paid off handsomely.

A marketing decision by Tipperary Station in the Douglas Daly region of the Northern Territory to truck a line of Brahman steers more than 3000km to the Roma store sale on Tuesday paid off handsomely.

General manager of the Tipperary Group of Stations, David Connolly, said it was the first time under his management they had offered young well-conditioned steers onto a southern saleyard market.

"The already strong Roma market had the potential to firm even further on the back of forecasted rain, which it did," Mr Connolly said.

"It is a long and expensive trip, but we thought we would net a better return by exposing these cattle to a larger buying panel and we did.

"It was a two week preparation to to get these cattle to Roma - a week to clear the cattle through the Northern Territory dipping clearing protocol and five days of travel." Three road trains transported the cattle to the Cloncurry Cattle Clearing and Transit Facility where they spelled for 48 hours before making the final leg to Roma.

"We budgeted on 50c/kg liveweight freight, spelling and feeding costs and it came in just under that figure," he said.

The cattle did not stress and lose the anticipated weight loss due to travel and were looked after by Dustin and Nathan Keyes at Cloncurry.

Roma livestock agent Jack Clancy, Ray White Rural, sold the steers and said the market for cattle of that description increased by 30c/kg this week.

He said there was only 2800 head yarded on Tuesday and the rain certainly drove the market upwards as agents sold in the showers.

"The majority of the Tipperary milk and two tooth steers sold to local cattleman Brian Cameron of Waikola while the older cattle also stayed in the local district," Mr Clancy said.