Ten South-West locals are now fully equipped to run healthy cooking classes in their home towns thanks to an intensive course in St George. 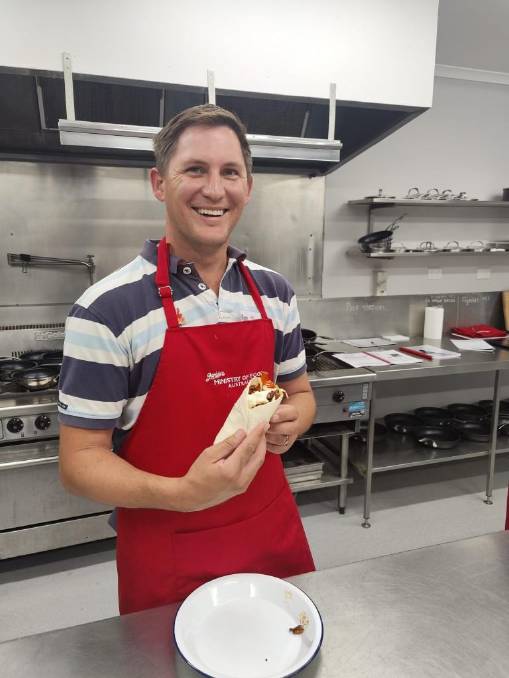 A group of South-West locals are now qualified to cook like Jamie Oliver and run cooking courses in their local towns after participating in a week-long intensive course at St George.

Participants came from a number of South-West towns including Charleville, Cunnamulla, St George, Surat and Roma.

The 'Train the Trainer' program was run by The Good Foundation in conjunction with Jamie's Ministry of Food (JMOF), giving local volunteers and health workers the opportunity to learn the necessary skills to run JMOF courses in their home towns.

Funded by the Queensland Government through Health and Wellbeing Queensland and supported by South West Hospital and Health Service, the program was aimed at encouraging healthy lifestyle choices for people across the region.

The idea to run the course came after a group of Roma school students expressed their interest in learning fundamental cooking skills, but organisers found they did not fully engage with the virtual program that was run at the time due to COVID.

South West Hospital and Health Service reached out to The Good Foundation to develop the 'Train the Trainer' model, which equips locals with the knowledge and skills to run hands-on cooking classes for students, and anyone else who wants to participate.

Farmer and Senior Community Nutritionist for South West Hospital and Health Service Rohan Bollon participated in the program to reignite a passion for cooking in country towns.

"We learnt a handful of different recipes and more importantly, how to deliver it bringing the passion and enthusiasm for food that Jamie Oliver obviously has when he does his cooking shows," he said.

Also read: Doctor shortfall: Biggenden community will have no permanent doctor from December 10 to January 3

Mr Bollon said that the programs will be a great asset to the region, with plans to run several cooking courses in each of the communities.

"In the next 12 months, it may be ambitious, but my goal is to get it delivered in each of our towns across the South-West region.

"This gives us the tools to share that passion. It's a skill that has sort of been forgotten about but I think there is still some big interest in it."

Apart from cooking, Mr Bollon's other passion is competing with his sheep dogs, which he trains on his family cattle property 55 kilometers south of Roma.