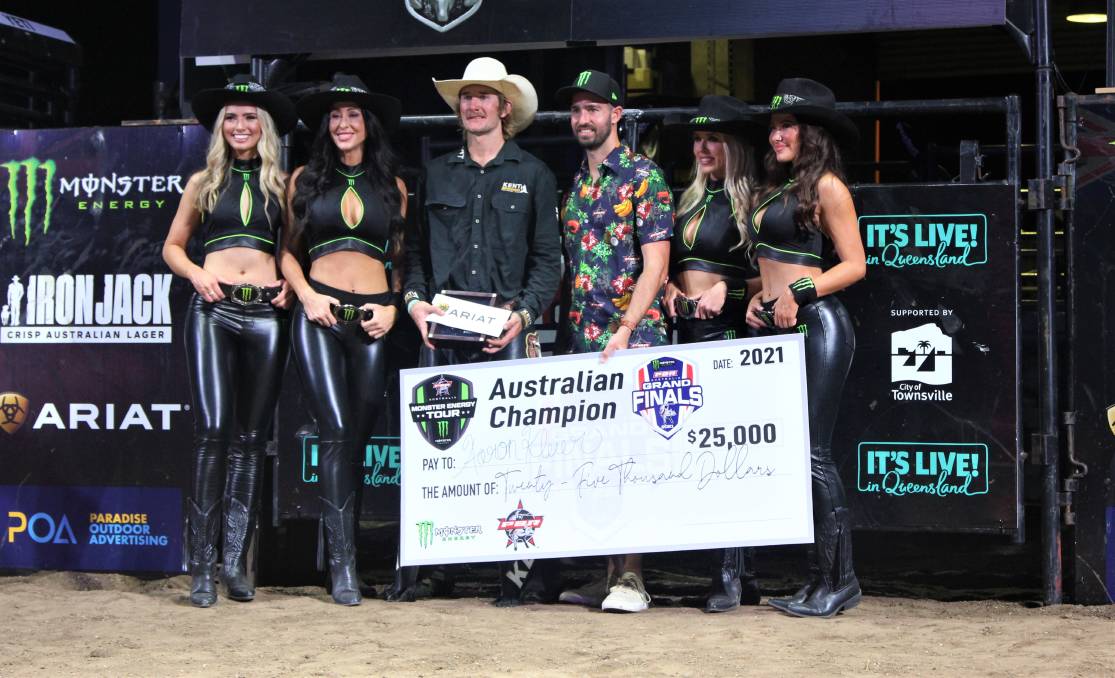 Clermont had good reason to be proud on Saturday night, when two of its young men went one-two in the PBR Australia 2021 championships, creating history in the process.

Clermont had good reason to be proud on Saturday night, when two of its young men went one-two in the PBR Australia 2021 championships, creating history in the process.

Aaron Kleier made good his promise of the early rounds in the grand final event and etched his name in the Professional Bull Riders' record books at the Townsville Entertainment & Convention Centre by winning the 2021 Australian championship, his fourth consecutive national title.

Only one other bull rider in history has won a national title four times in any of PBR's international divisions.

That was David Kennedy of Kyogle, NSW who topped the national standings in 2009-2010, 2012 and 2014, but Kleier is the first to achieve the feat in successive years.

His Clermont colleague, Brady Fielder climbed the national standings over the grand final weekend in Townsville to finish the year in second place. 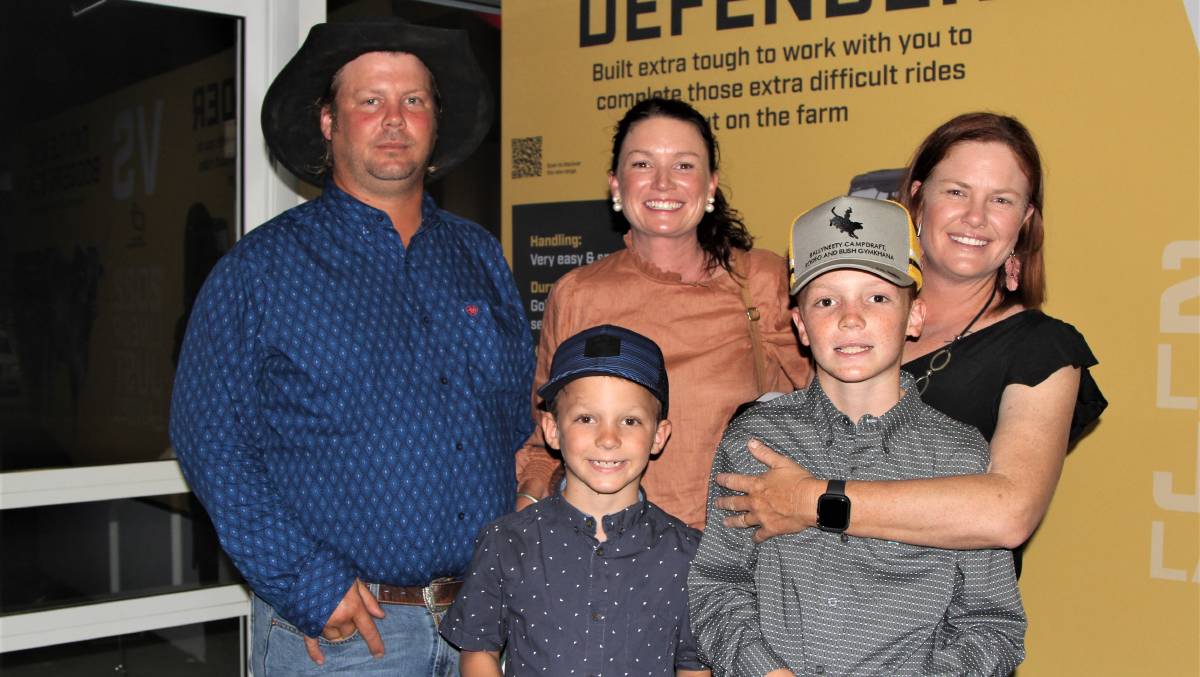 Calliope's Macaulie Leather was crowned the PBR Australia 2021 Rookie of the Year.

While he didn't have the best showing at his first grand finals, going 0-for-4, he was electric throughout 2021, winning two events and registering an additional eight top 10 efforts.

The 20-year-old young gun concluded his first year in the PBR Australia ranks in fourth position in the national standings, 302.33 points behind Kleier.

Throughout the season, Kleier went a PBR Australia-best 23-for-35, covering 65.71 per cent of the nation's top bovine athletes.

RELATED: Cowboys down in Clermont

It was a great feeling of relief for Kleier, after anticipation had been building for weeks.

Known as Mr Consistency, the reserved 23-year-old put his success down to routine.

"I try to keep it exactly the same, every single time I go to a bull ride," he said.

"That is one of the biggest things for me, focusing on my routine and keeping everything the same because I don't want to change something that is working for me.

"It feels unreal and just good to have my job done."

His campaign was nearly derailed in Mackay in October when he dislocated his shoulder, ruling him out of competition for one event.

Known for his humility, Kleier is the first to admit that what he has accomplished so far in his career has yet to fully register.

"I feel like maybe when I'm older, and I'm finished and look back and realize what I have done, but now I feel like I haven't really achieved much, that I have a fair bit to do."

If you are visiting Townsville for the @pbraustralia Grand Finals tonight and tomorrow why not experience some of our amazing attractions like our new friends Aaron Kleier and Sam Woodall.#townsvilleshines#BeCowboy#itsliveinqueenslandpic.twitter.com/CHwrhlmcnP

Woodall was electric on Saturday, rebounding from a dismal opening day of competition when he was bested by Breaking Bad in 4.63 seconds in round one, and Blinky Bill in 4.96 seconds in round two.

In a must-ride situation, he covered Super Natural for 86.25 points, the second-best score of round three then continued to climb the leader board, winning round four by besting Drag Iron for 85.75 points.

He then cemented his event win in a crucial career milestone.

In near picture-perfect form, the 23-year-old rode POA Fully Locked & Loaded for 90 points, the first 90-point score of his career.

Adding to the significance, it also marked the swansong for POA Fully Locked & Loaded, who retired following the trip.

Throughout his career, the Dittmann Bucking Bulls' bovine athlete was ridden just nine times in 54 outings.

Woodall finished the year at No 7 in the national standings.

In the bull pen, Cattle King Boogers Beach, also in the Dittmann team, capped his dominant season with both the 2021 Bull and Rookie Bull of the Year honours.

After winning a league-leading nine Bull of the Event honours throughout the regular season, Boogers Beach clinched the year-end title compliments of a monstrous 45.25 showing in the championship round of the grand finals.

Apart from Cattle King Boogers Beach, the other standout bulls in the outfit's roster at the grand finals were Roid Rage and Reloaded.

Peter Wallace's Pretty Boy was the Bull of the 2021 PBR Australia grand finals.

He was first marked 45 points when he upset Lachlan Richardson in 4.15 seconds in round two, then scored 45.25 points in the championship round for 4.62 seconds of work against Jake Curr, Mount Isa.

In addition to Pretty Boy, the company's other top animal athletes were Razor Sharp and Black Tuxedo. 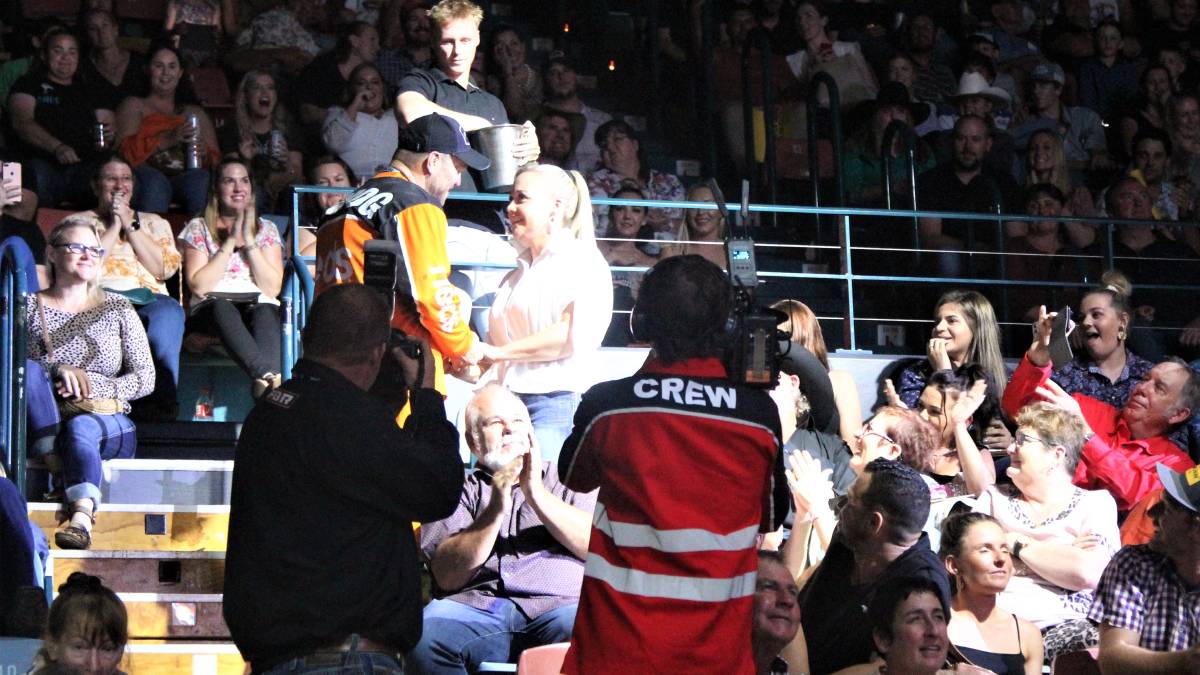 The Townsville audience got to witness a romantic interlude at half time when protection athlete Shane 'Maddog' Simpson bounded out of the ring and up the stairs of the auditorium to propose to Mackay's Teresa Schofield.

In a well prepared move and to the delight of the crowd, he had friends ready to strew rose petals as Teresa said yes. 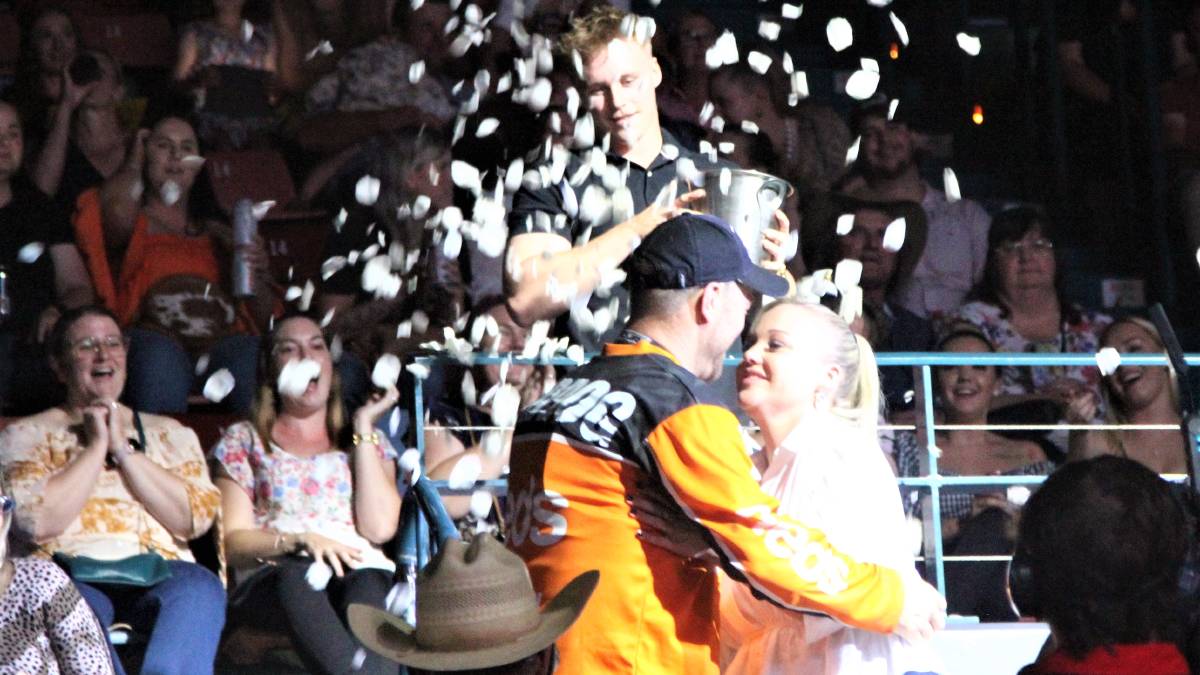 The 2022 PBR Australia season will get underway on Friday, December 31 at the Great Western Hotel in Rockhampton, beginning at 7.30pm.