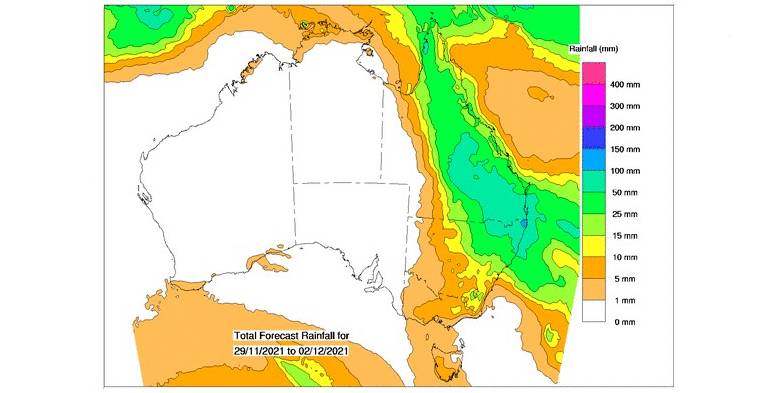 BOM's expected rainfall accumulations for the four days, from Monday to Thursday.

The Bureau of Meteorology is predicting more good rain across the next three days.

MORE good rain stretching from Bamaga to border in on its way across the next three days, according to the latest Bureau of Meteorology modeling.

The four day day map (above) shows 15mm to 50mm totals across the eastern half of Queensland and well into NSW, with the bulk of the falls from Monday to Wednesday.

The heaviest daily totals are expected on Tuesday, particularly in the Tambo and Goondiwindi regions as well as the south east corner east of the Great Dividing Range.

BOM has also issued a warning for severe thunderstorms for a big part of inland Queensland on Monday (see map below).

The ongoing wet and even flood conditions conditions in some southern and eastern areas follow on from last week's excellent, widespread totals (see map below), which are setting big parts of Queensland up for an impressive summer season. 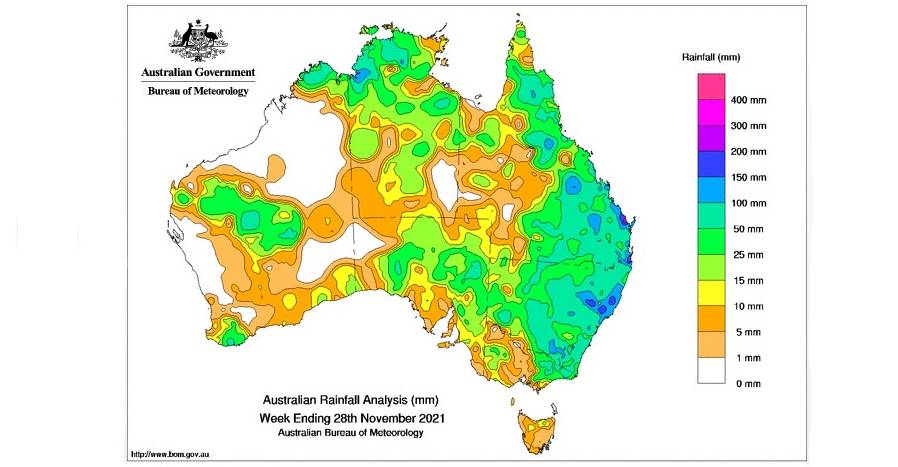 Where the rain fell in the past week. Source - BOM

BOM says there is currently a trough over the eastern interior, which is expected to deepen over the interior and push back eastwards from Tuesday.

Heavy rainfall is over the southern interior, central and northern Queensland today.

On Tuesday the trough over the far west will deepen and start to push eastwards over the interior, drawing tropical moisture southward over eastern districts.

While it is expected to be mostly sunny in the west, BOM says there is medium to high chance in the north and a high to very high chance in central and southeastern districts of rain. 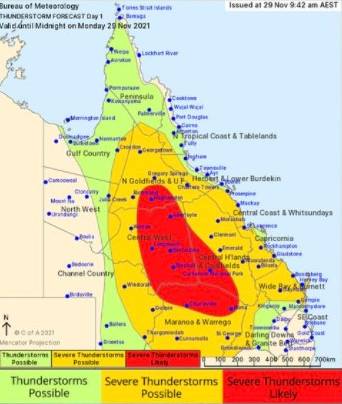 On Wednesday the trough will move slowly east over eastern districts, possibly reaching the south east coast later in the day.

BOM says severe thunderstorms with locally heavy rainfall are possible over central and southern districts east of the trough, though there is uncertainty in the focus at this stage. 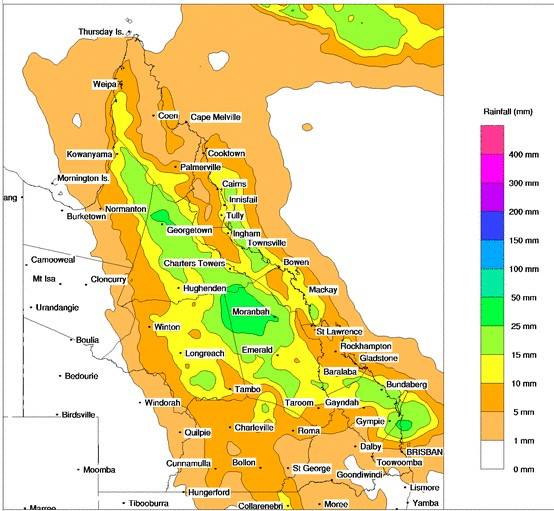 Where the rain is expected to fall on Monday. 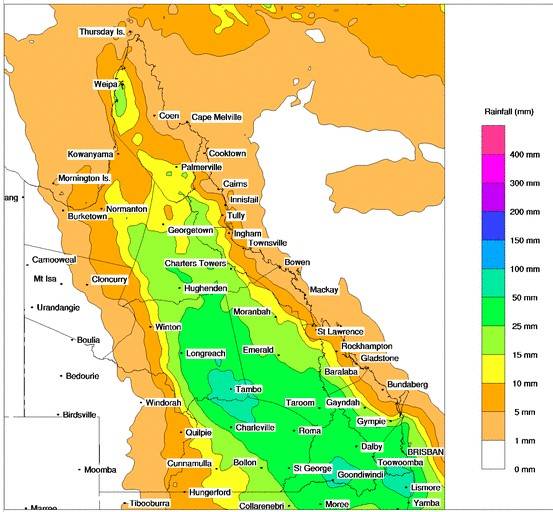 Where the rain is expected to fall on Tuesday. 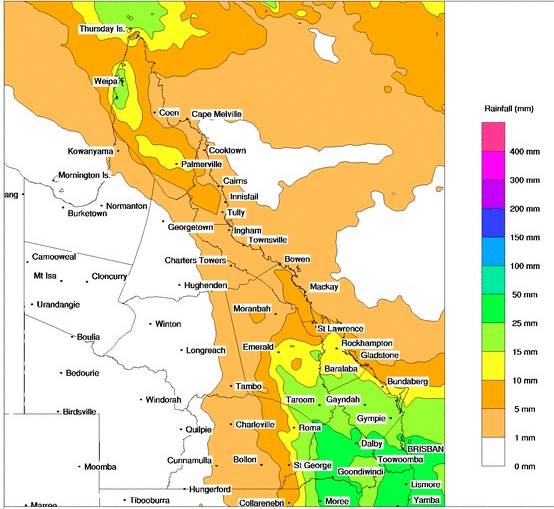 Where the rain is expected to fall on Wednesday.