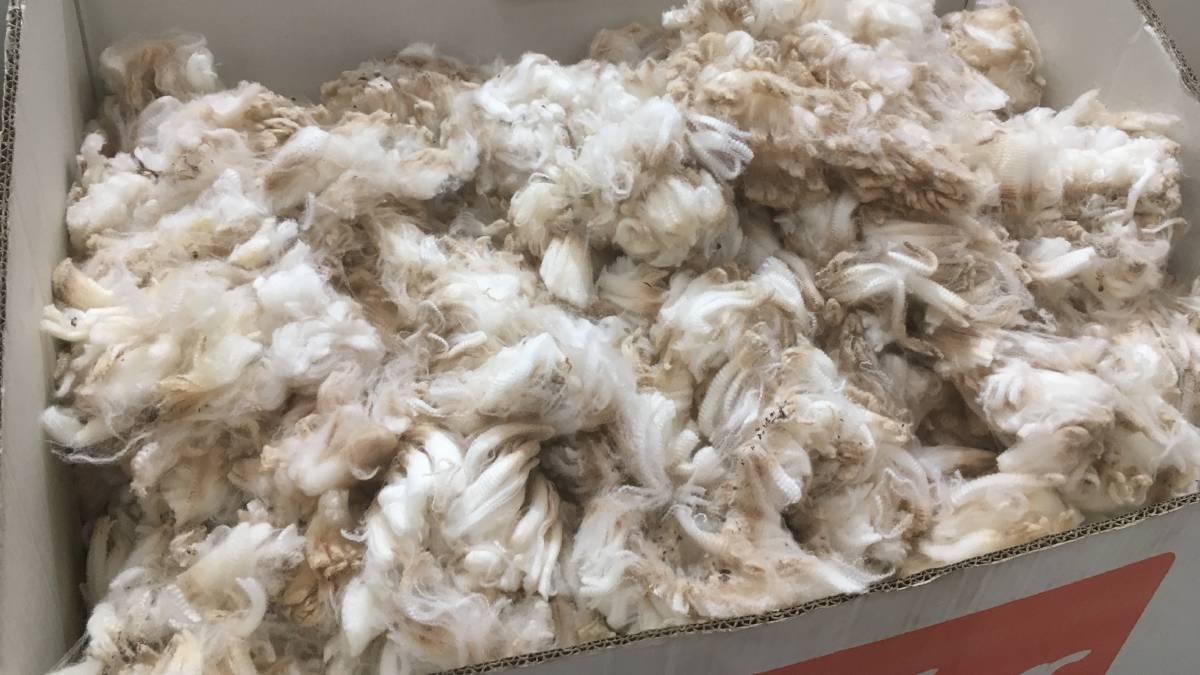 It was another 'Goldilocks' week for the Australian wool market, but a weaker local currency resulted in a 17c gain in prices.

It was another 'Goldilocks' week for the Australian wool market, but a weaker local currency resulted in a 17c gain in prices.

ANOTHER Goldilocks sale this week for the Australian wool market. Not too strong to scare away the buyers, with a rise of US5c, and Euro10c.

Australian growers would all be pretty happy with the results which, thanks to a weaker local currency saw a 17c gain in prices.

Most Merino fleece types were up by 30c, as were skirtings, while crossbreds were firm, and cardings somewhere in the middle.

The sales volume was not huge, with 38,000 bales on offer, but a relatively low pass-in rate of 7.5 per cent saw most of the wool find a new home.

Next week sees a slight increase in volume with 41,500 bales, but that shouldn't create too many problems for the trade with a bit of business about, and mills covering the recess as well.

Small volumes of Chinese domestic business were reported, but the emphasis is on small.

One or two segments of the Chinese market are ticking over, but the majority is much quieter than processors would like.

Women's knitwear is one area reportedly doing okay, but things are still very quiet in the men's suiting and uniform sector.

Athleisure wear has been going well previously, but the general economic conditions in China are beginning to bite.

Most of the modern traders, processors and manufacturers in China have only ever seen strong, basically double-digit growth in their 30-year histories.

Now that the Chinese economy is topping out and definitely slowing the consumer is becoming a little cagier and more reluctant to buy unnecessary items.

Adding to the hesitancy are no doubt the ongoing problems in the real estate sector with new developers joining Evergrande at the edge of the cliff, and facing insolvency.

A government determined to steer the country through these challenges, but also impose a few new rules is making life for the average Chinese citizen look at the future with a little less enthusiasm than in the past.

In doing so, the consumer is becoming more discerning, which is good for wool, but they are also more reluctant to spend on discretionary items, which is bad for textiles in general.

There is thankfully still a lot of export business for the Chinese processors to get their teeth into, and of course those processors operating outside of the China bubble in general.

The European textile trade is still going strong and probably more strongly than usual for this time of year.

Some are reporting that the supply chain problems are actually encouraging manufacturers to anticipate or produce early for the next season - just in case their raw material suppliers go pear-shaped again.

Shortages of some raw materials in the noble fibre sector, or specific certification schemes are making players nervous.

Rather than wait for the new calendar year to source and begin manufacturing they are chasing raw materials now and processing while they can.

Impending lock-downs in Europe could further impede manufacturing capability, beyond the current restrictions of labour and energy cost increases.

This bodes well for the wool market in the short term, but does raise a question mark for the second and third quarter of next year, if not perhaps the first quarter as well - but that is a long way off, and the futures market remains relatively bullish from January to June.

Outside of Europe and China things are not totally quiet either. Some of the activity in South America from Mexico all the way down to Argentina has lifted a gear in recent days as well.

Fabric manufacturers servicing the American market have risen from the Covid ashes, and greasy wool is beginning to move again in markets such as Uruguay. - Bruce McLeish, Elders

Fabric manufacturers servicing the American market have risen from the Covid ashes, and greasy wool is beginning to move again in markets such as Uruguay.

The nearly 50pc of Merino growers in South Africa with certification of the two major schemes are reaping the benefits of providing what the market wants at present and achieving 15 to 20pc premiums for doing so.

One would hope they are not basing their longer-term business decisions on this current price level, as premiums will surely wane when more supply of these certified wools become available.

However, as the saying goes - 'make hay while the sun shines.'

Markets to the East of Europe are also ticking along and processing and consuming quite a bit of wool, despite some of the challenging political machinations.

The cold pre-winter temperatures have arrived and are encouraging everyone to add a layer or two, and the governments in that part of the world seem keen to maintain manufacturing activity with plenty of government uniform orders.

Elsewhere on the Asian continent wool processing, garment manufacturing and sales are ticking along as well, with South East Asia and India clicking back into gear after a Covid induced hiatus.

Obviously, there are still some challenges ahead, with potentially a new variant now appearing in South Africa, but hopefully enough jabs in arms across the globe will slow the virus's progression and we can get back to some form of normality.

So, the Goldilocks format looks like it will continue through until Christmas.

Nobody is seriously hoping for a huge lift in prices (except maybe the carpet wool guys) and demand seems adequate despite the slower Chinese domestic scene, so prices will not drop.

Although the previous pattern of up one week, down the next, has been knocked out of sync this week, the current situation seems just right.