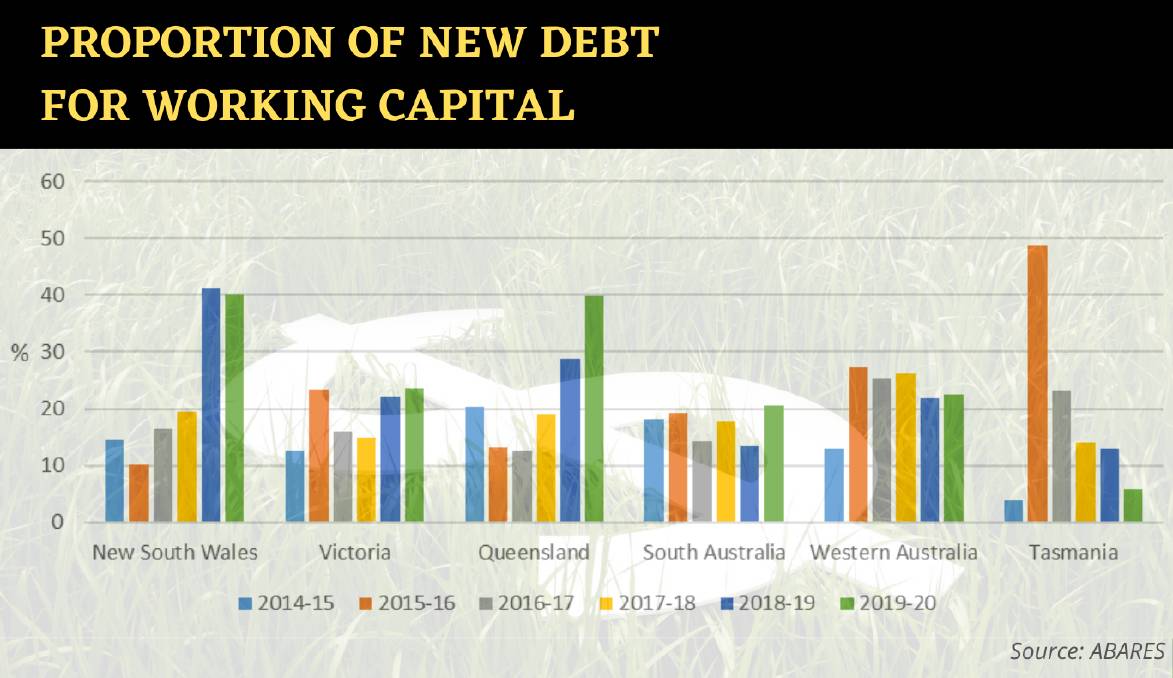 DEBT STORY: The impact of the seasons is clear in the latest ABARES figures on the demand for working capital from farm businesses.

The latest ABARES and CreditorWatch analysis shows who was worst hit financially by the drought and how they're recovering.

Agriculture might have hit a purple patch but new figures from the financial regulator and farmer surveys reveal it's taken some commodities and states extra time to get there.

The Australian Bureau of Agricultural and Resource Economics and Sciences surveys farmers each year to track their financial wellbeing and, together with figures from Australian Prudential Regulation Authority, the data paints a picture of performance.

It wasn't all about booming land prices. In short, some parts of agriculture were still struggling.

The drought left its mark on the numbers in New South Wales and Queensland.

In those two states, the proportion of new debt that was raised for working capital rather than land or machinery purchases was around 40 per cent in 2019/20, the biggest in Australia.

A second distress signal came in the form of arrears to lenders. Nationally, the value of loans and leases that were more than 90 days past due grew a massive 65pc to $1.1b in 2019/20.

As large as the national figures were, a deep dive into the data reveals farm businesses in some states were much more troubled than others.

Although the next set of ABARES figures is months away, more recent data from CreditorWatch shows a recovery well underway.

The financial fitness advisor shows that farmers are a safer bet than almost any other type of business when it comes to offering credit. 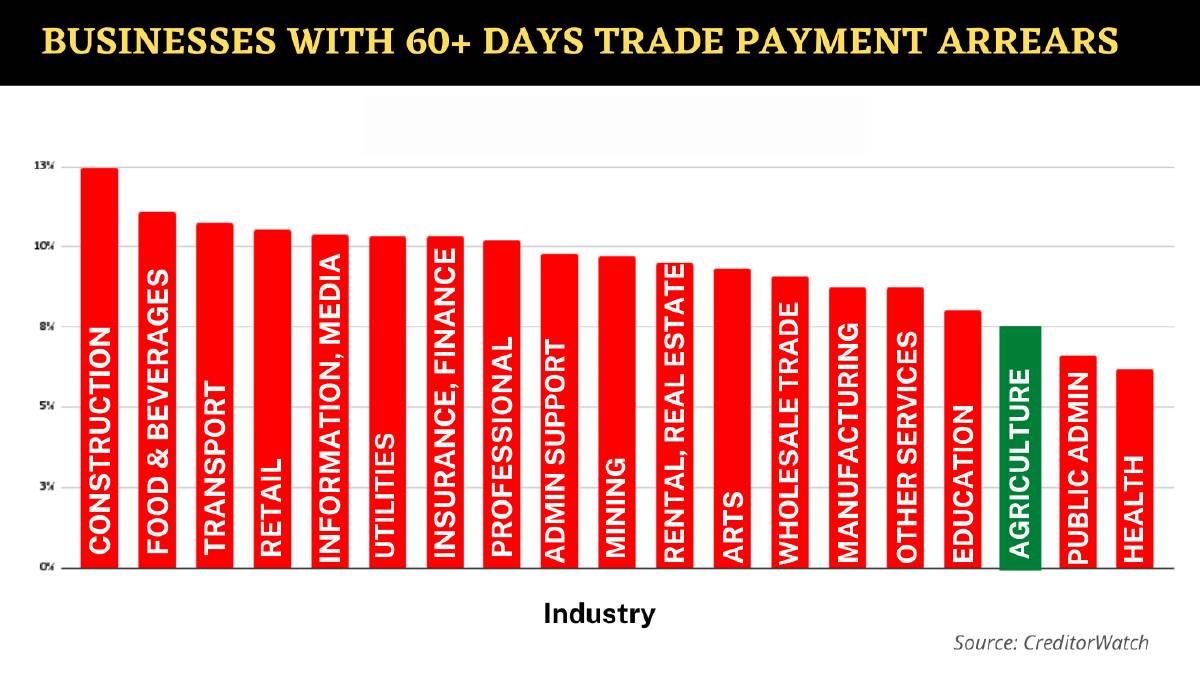 HEALTHY: Agriculture has fewer businesses with old debts than most other industries. Source: CreditorWatch

The healthy state of agriculture in general has flowed on to the regions, with agricultural areas like Mackay, WA Wheat belt, Yarra among the best performers in Australia, according to CreditorWatch analysis.