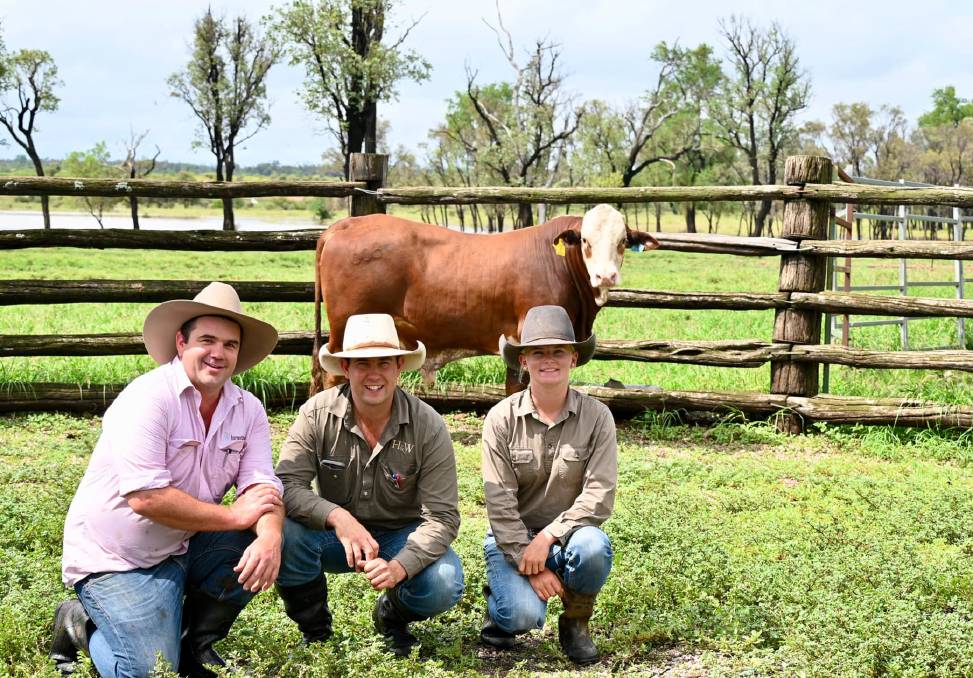 Not even flash flooding could prevent the Bendemeer on-property bull sale from achieving 100pc clearance on Thursday.

Amidst torrential rainfall and flash flooding, the Bendemeer on-property bull sale achieved 100 per cent clearance, north of Clermont on Thursday.

Having received 70 millimetres of rain before 9am on sale day, 40 people braved the weather to attend the sale, with Burnett Enterprises and Winvic Pastoral offering: 27 Braford bulls, 19 composite bulls and 21 Brahman bulls.

Following an informative discussion from Paul Stapleton, Dr Diogo Costa and Justin Macor, bidding under a helmsman system began on the property, as rain persisted.

Overall, all 67 bulls offered sold, for a joint average of $6305, with a Braford bull called Bendemeer BEN20R0008, selling for a sale top of $12,000 to Frankfield Pastoral Company at Frankfield, Clermont. 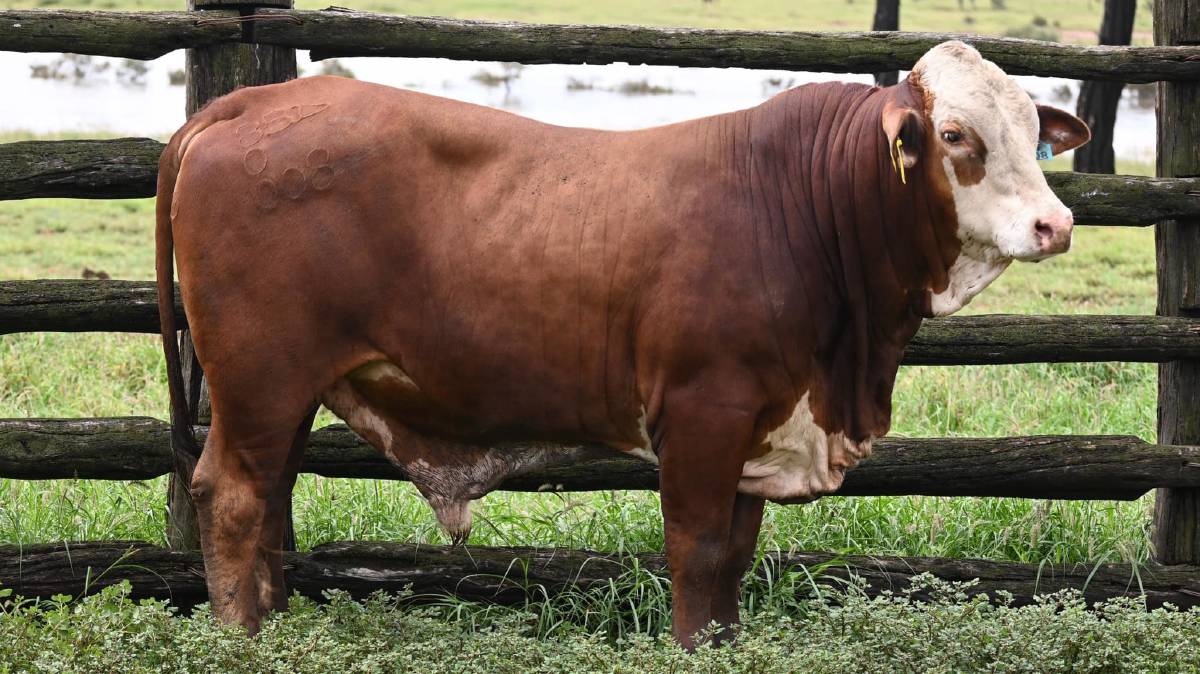 Top price bull Bendemeer BEN20R008 had the sire appeal and the growth figures to back him on the day.

Sired by Riverton Nero and out of B'Meer BFD, the 26-month-old sire-prospect tipped the scales at 564 kilograms.

He measured 38 centimetres in the scrotum, recoded a morphology of 89pc, and scanned 107sq cm for EMA, 8mm and 6mm, respectively, for P8 and rib fats.

A 25-month-old Bradford bull from Winvic Pastoral claimed second top price honours on the day, selling for for $9,000 to Jeff and Sarah Cook at Etonvale, Clermont.

The sire-prospect measured 38cm in the scrotum, recoded a morphology of 70pc, and scanned 113sq cm for EMA, 7mm and 5mm, respectively, for P8 and rib fats.

The sale now in it's twelfth year, Bendemeer stud principal Doug Burnett said despite the wild weather, both vendors were please with the 100pc clearance.

"Bidding was intense at times, with the online interface proving a huge benefit to buyers who couldn't attend in person," Mr Burnett said.

"Going into the sale, I though a lot of the top Braford bull. He's a polled bull, who stands up exceptionally well, boasting high semen morphology and a bull with great temperament.

"The sale was a great buyers market, with all bulls sold to repeat buyers. Buyers were confident to purchase bulls that weren't over fed and that were performing well in the paddock.

"At lunchtime, it became apparent that although our attendance was down, those that came were very likely to be staying longer than planned," he said.

"Nearby Miclere and Carroll's creeks flooded the Gregory Highway in both directions, effectively making Bendemeer an island. Luckily by 5:30pm the road was safe again and everyone took the opportunity to leave while they could.

"We'll do it all again next year and most likely complain about the heat, so for now we'll take the time to enjoy the green grass and running creeks."