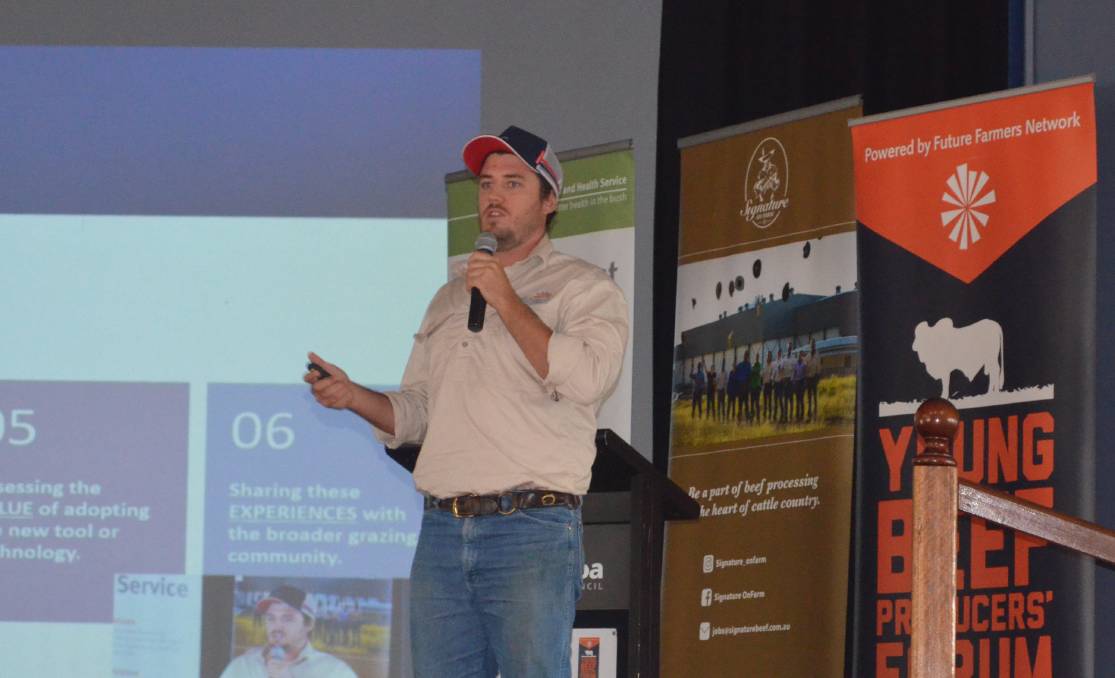 The Northern Gulf Resource Management Group are aiming to tackle some of the beef industry's toughest challenges through new technologies, such as virtual fencing.

The group's E-Beef project involves 12 trials testing new technologies across 50 per cent of Queensland, from the Gulf area down to Longreach.

Rangelands Project Officer John McLaughlin said that many of the trials excited him because of their potential to assist graziers in overcoming industry challenges and make their properties more sustainable.

"We're looking at those tools and technologies that can assist the industry to become more sustainable," he said.

"Sustainability is often these days linked to being productive, so if you've got a really productive enterprise, you don't have to run as many cattle to get the same amount of kilos off that country, hence you're able to be much more sustainable.

"It can be driven by productivity and profitability rather than your traditional greenie approach, it's about getting these properties really humming, high weight gains and high fertility rates, that sort of thing.

"By doing so, instead of running 1000 cattle to get a certain amount of beef off your land to be profitable, you might be able to run 700 head of cattle, therefore you're reducing the pressure on that land and you're becoming sustainable through increases in productivity."

The technologies that Mr McLaughlin says have seen success but have also been most popular are the remote walk-over weighing technologies, which are being trialled in Longreach, Hughenden and Georgetown, Ceres tag technology and virtual fencing.

Virtual fencing technology involves placing GPS trackable collars on mobs of cattle which send them audible cues to stay within the chosen area, and stimulatory cues if the audible cue is ignored.

Gradually, the cattle learn to associate the audible cue with the virtual boundary, which can be drawn on a computer in any chosen space, shape or size.

Also read: Guano fertiliser is being trialled at a CQ cattle property

Being based in Georgetown, Mr McLauglin said that the challenges facing commercial grazing operations in the Gulf country were different to those facing producers with smaller, more intensive operations, hence the need to specialise the technology for different kinds of properties.

One of the issues found during the three month virtual fencing trial was the need to resize the collars on the cattle every six to eight weeks, something which was going to be very difficult for large-scale operations during the wet season.

"People up here don't handle their cattle for almost six months over the wet season, therefore if you're thinking of utilising virtual fencing in Northern Australia over the wet season, are you going to be able to get access to those cattle every six to eight weeks? For us that's not possible so we had to take the collars off," Mr McLaughlin said.

"But these sorts of issues are things that we weren't quite aware of at the start of the project and these are technologies that have been used on smaller and more intensive systems, where they've got no issues with handling their cattle every two or three weeks.

"We've got to try to work out how we can get a trial that's got more longevity to it and still allows us to test the technology, but in a way that could be done commercially.

"There's no point us doing trials up here that wouldn't fit into the typical day to day affairs of the property because we're not here to do research and development, we're here to do adoption."

There are many benefits that virtual fencing technology can provide producers, particularly those in the northern Gulf country.

"For properties up in the north here where fences get washed away every single wet season because there's that much flooding and rainfall intensity, there's a lot of places that people would like to fence but they'd go broke trying to put in physical fences," Mr McLaughlin said.

"So, if you had the opportunity to literally sit at your desk and do fencing by drawing shapes on a computer, and those fences are automatically going into place by these GPS collars, you can picture how that would begin to change grazing land management in the north.

"There's the labour costs that are gone from having to move cattle around and the infrastructure costs as well."

Mr McLaughlin said that the potential of the virtual fencing technology was evident in the previous trial, and with technology improvements and a better designed trial, there is every opportunity for it to become the next big thing.

"I'd say the technology itself, where it's at now, is promising.

"It's got to be something that people are considering and that's the important part of communication around this technology, you might not want it today, tomorrow or even next year, but this could be commonplace in three or four years.

"I'm excited in the way that I think it can help graziers address some major challenges, and if technology is the thing that can help people do it, then we're all for it."