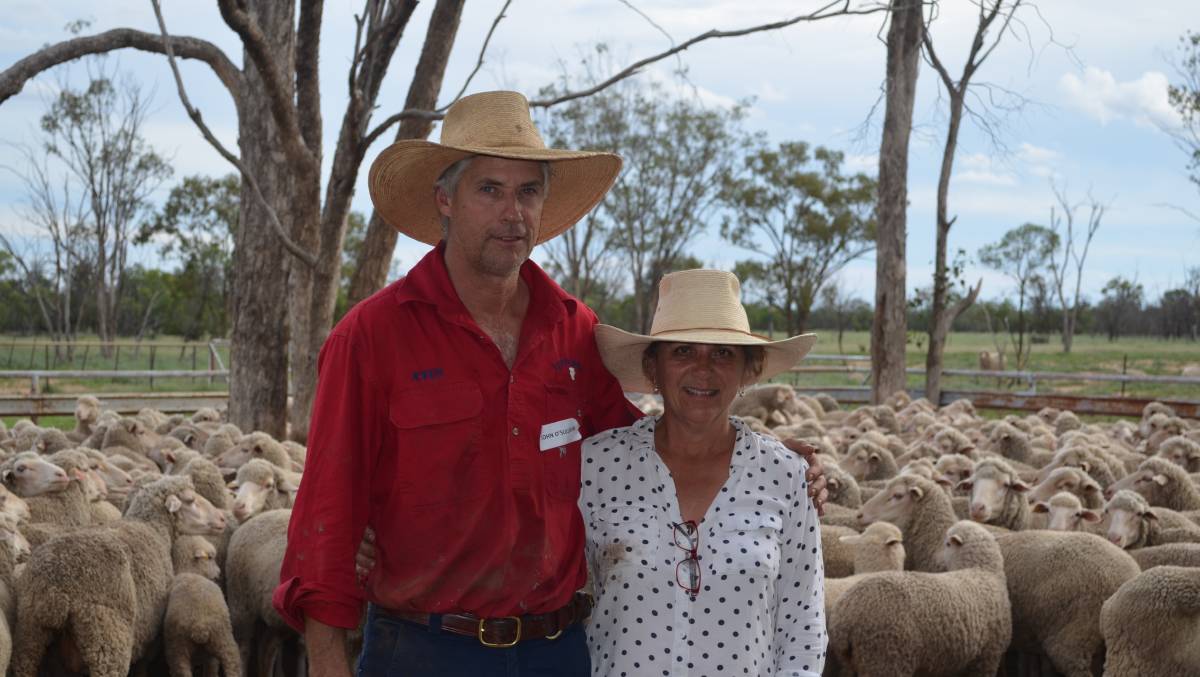 John and Mirella O'Sullivan hosted the AgForce sheep and goat industry update on their Merino sheep farm at Thallon yesterday.

A group of South-West Queensland producers gathered at Thallon yesterday for the AgForce sheep and goat industry update which included presentations from numerous speakers and a demonstration in the sheep yards.

The information afternoon was held at John and Mirella O'Sullivan's property, Littleton, where their family has been running merino sheep since the 1950's.

Mr and Ms O'Sullivan spoke about the advancement of their own operation over the last two decades, and also about the current issues affecting the Australian sheep industry.

The O'Sullivan's are advocates for Australian soft rolling skin (SRS) wool, a process which they said has shown invaluable growth within their flock.

"Our wool production has increased in length; we've had to increase our shearing to twice yearly," Ms O'Sullivan said.

"SRS merino sheep are easy care, dual purpose and easy to handle due to their good temperament."

"We have a commercial membership to SRS genetics and have been RWS accredited, which is the responsible wool standard, for the past three years, which also provides many benefits." 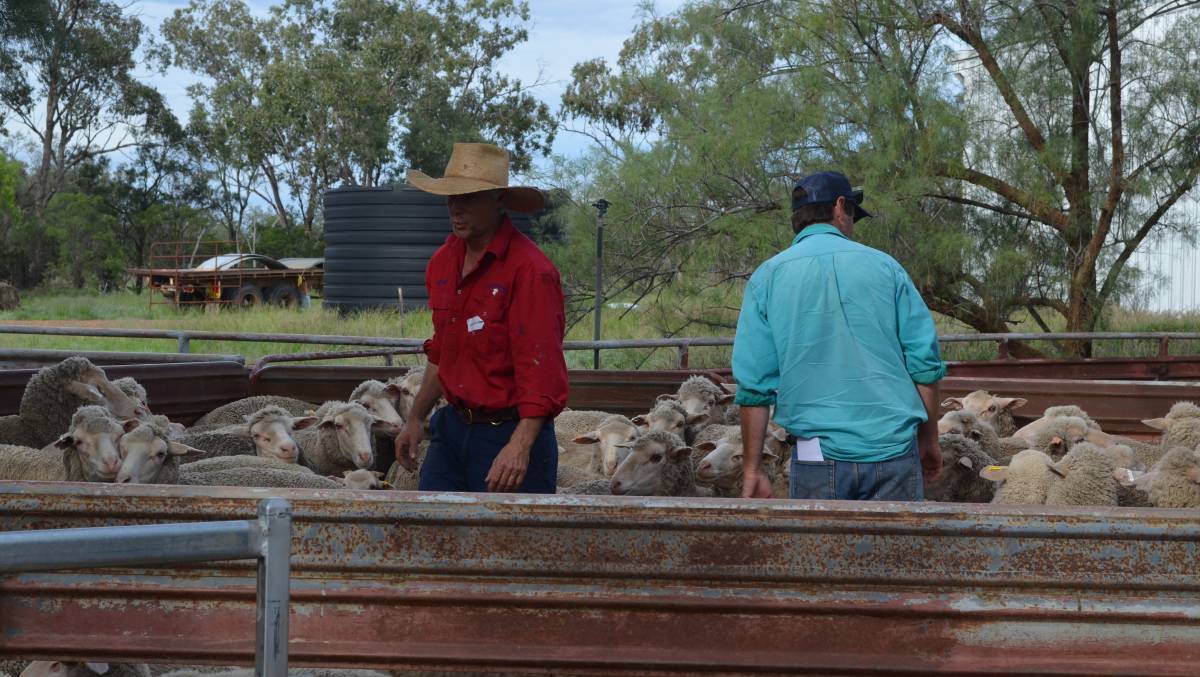 Mr O'Sullivan in the yards with his Merino flock. Photo: Clare Adcock

Mr O'Sullivan also noted how important ram selection is and said they never walk away from a sale without the animals they had their eyes on.

"We put a lot of emphasis on ram selection," he said.

"We use a lot of ASBV's, we're very big on those, so that's your eye muscle area, scrotal circumference, fat depth, post weaning weight, there's just so much information there."

Mr O'Sullivan spoke to the crowd about the continuing issue of lamb survivability, and how high death rates are starting to gather unwanted attention from animal rights groups.

"The death rate at lambing is phenomenal," he said.

"You scan your ewes, and you get 140 per cent and a lot of people find they get back to a 40 per cent loss.

"It's an issue because the activists are starting to cotton on to this and it's a bit of a problem.

"So, there's a lot of blokes pushing the lamb survivability side of things, and that's where your eye muscle and fat depth comes into it." 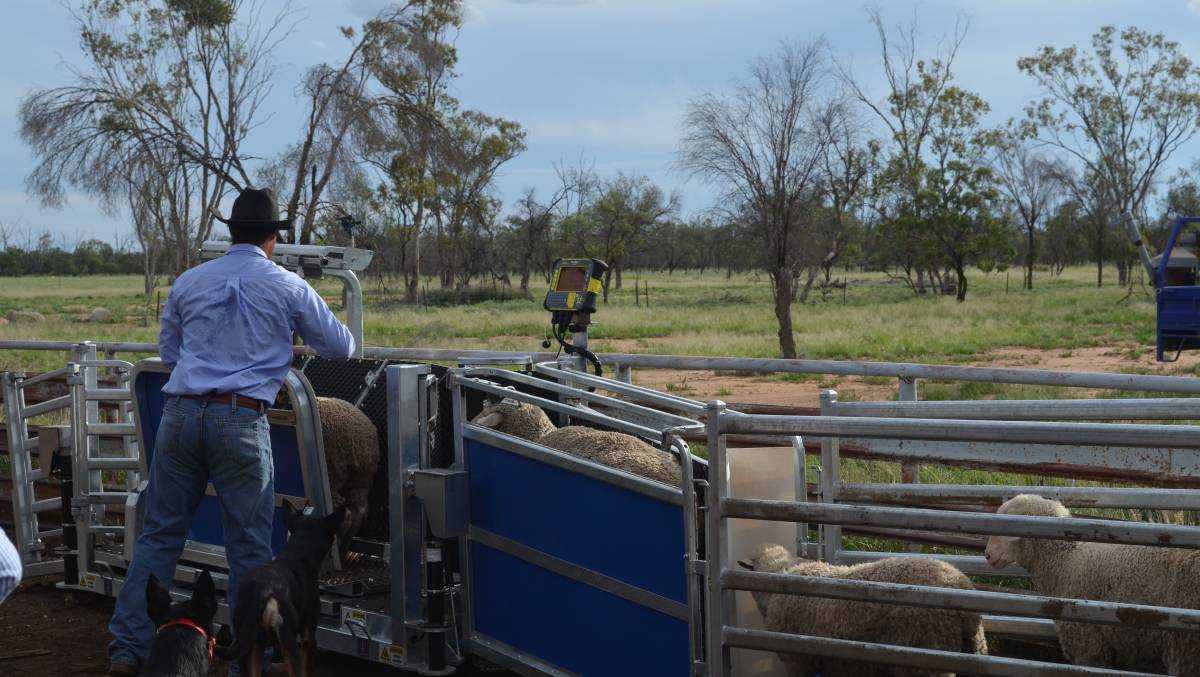 Clipex fencing gave a demonstration in the yards at the AgForce sheep and goat industry update at Littleton. Photo: Clare Adcock

Mrs O'Sullivan said that ewe and lamb nutrition was a major priority for them to ensure both animals had the best chance at survival during birth.

"It's all about the nutrition of the ewe, even though there's grass everywhere, we also have vantage feeders in the paddock for two reasons; so, the lamb in utero is laying a good layer of fat on it before birth and to imprint the lamb so it knows what to do when it's weaned, when it needs to be fed."

When attending an online seminar about responsible wool standards, Ms O'Sullivan said she was shocked about the opinions of those overseas regarding Australian sheep farmers.

"I sat in on a webinar, and it was mostly European textile companies and clothing manufacturers, and gosh we have a bad rap over here," she said.

This is an issue which Ms O'Sullivan says will continue to overshadow the good work that Australian sheep farmers are doing, but that getting into the RWS scheme is the best thing producers can do for the reputation of the industry, and their own operations.

The O'Sullivan's operation is one that showcases the care and dedication that Australian producers have for their animals, something which can be seen as an example to other sheep farmers, and critics of the industry.