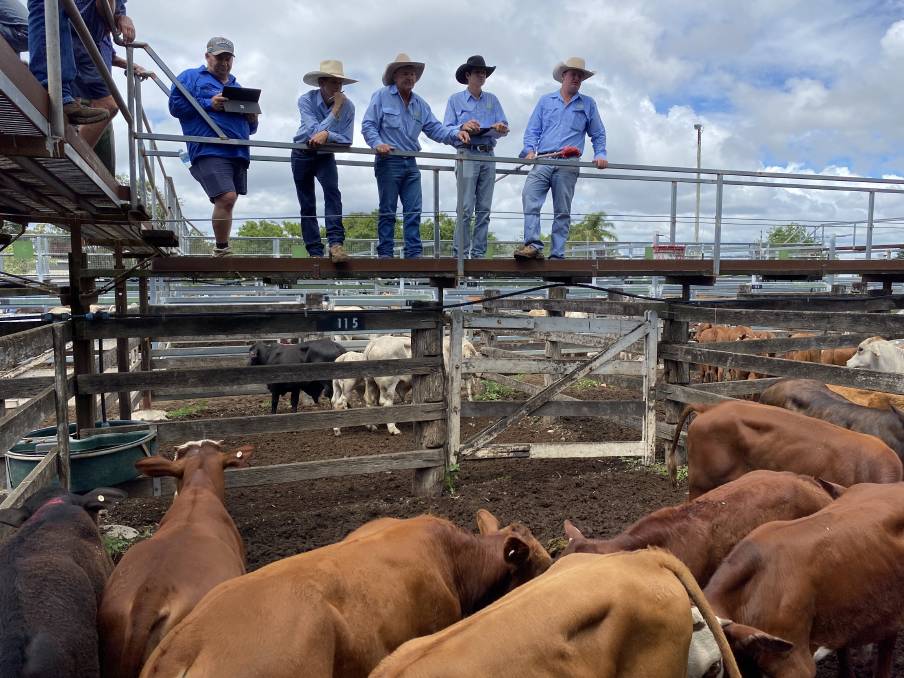 Aussie Land and Livestock's Josh Steinhardt, Midge Thomson, Aaron Randall and Corey Evans with a pen of Droughtmaster cross steers that made 686c/kg.

RACQ Careflight were the big winners at SBLX Murgon with $3576 donation from a Brahman heifer who sold twice to raise the funds.

Selling agents reported the market was fully firm and rose to new levels in certain areas.

Charbray cows and calves from Coringa sold for $3075/head and local Santa cows with calves sold for $3050.

A Brahman heifer offered by local John Muller was sold with proceeds going to the RACQ Careflight.

Mr Muller had been selling at the South Burnett Livestock Exchange for many years and was recently trampled when he lost his footing while trying to tag heifers for sale.

As a result, he was airlifted to the Princess Alexander Hospital in Brisbane by the RACQ Helicopter.

Now home, and recovered, he offered the offending heifer on Tuesday who sold to 666c/kg to return $1998. She was bought by AAM, the owners of the SBLX and again re-offered for sale. The second time she was bought by the Evans family, Jen Daview Limousins, Kingaroy for $1578, giving a total donation of $3576 to Careflight.

SBLX manager Andrew Wieland said when he knew the heifer was coming into the sale he thought it would be a good opportunity for them to give something.

"We see the chopper flying over here a couple of times a week, " he said.

"One day we may have the need for a RACQ chopper to land here, so my boss Gavin Tickle and I thought it would be good to support the cause."

Corey Evans said his family also thought it was a good cause to support.

"We were looking for some yearling heifers to re-stock our commercial herd so we included her in our buy," he said. 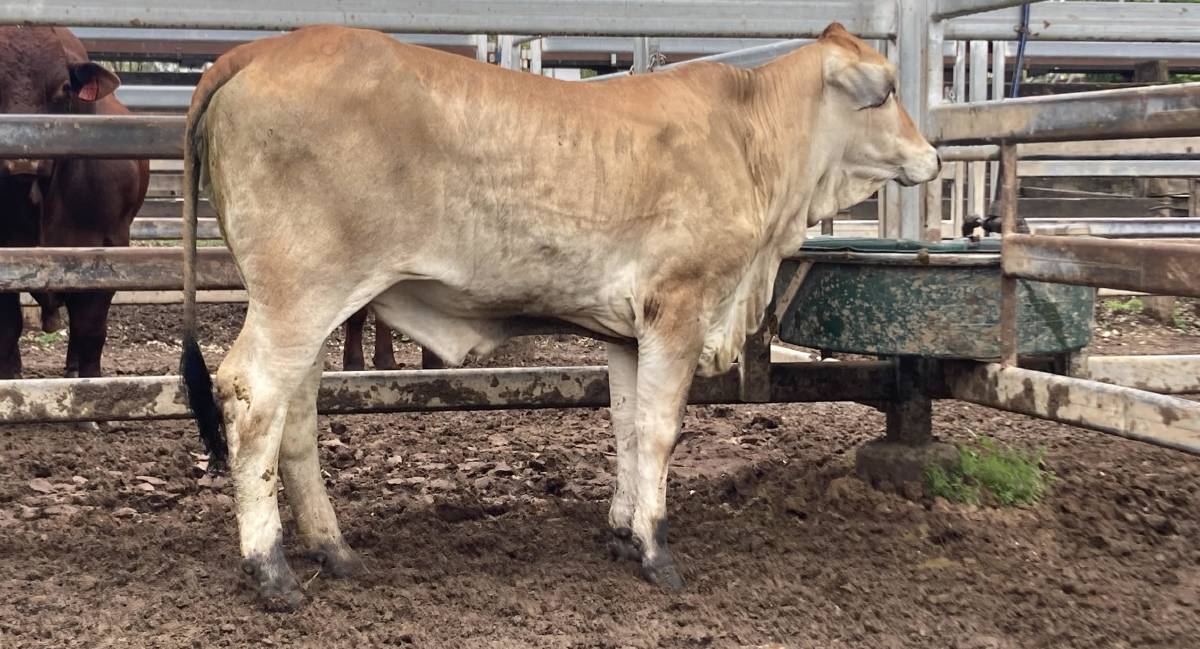 The heifer was sold twice and raised a total donation of $3576 for RACQ Careflight Helicopter.