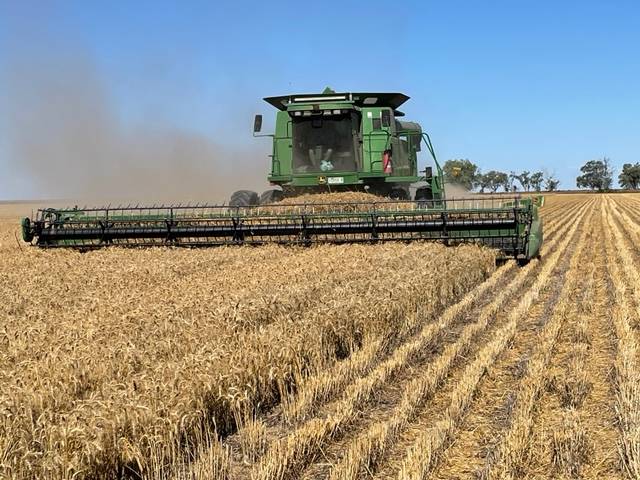 NSW has officially surpassed Queensland when it comes to tonnes of grain delivered into GrainCorp sites thanks to a massive week of harvesting across the state.

A whopping 1,173,180 tonnes of grain was delivered into GrainCorp's NSW sites last week, taking the state's total to 2,322,760 tonnes so far this harvest.

The influx helped the state strive ahead of Queensland's total of 1,513,950 tonnes for the season, with operations winding down in the sunshine state.

In the past week 143,250 tonnes of grain were delivered into Queensland sites, with the majority going into receivals Western Downs and Goondiwindi regions, which are some of the last to finish harvest.

Despite recent wet weather, harvest has begun in earnest in northern Victoria as sites in the state's Mallee district beginning to record major deliveries.

In the past week, more than 72,000 tonnes of grain have been delivered into GrainCorp's Victorian sites across the state, taking the season's total to more than 88,000.

Swan Hill has been leading the way as one of the state's busiest sites, but experts predict more grain to come flowing into GrainCorp's Victorian sites once weather conditions ease and allow producers across much of the state to begin harvesting.

GrainCorp's corporate affairs manager Jess Simons, Sydney, said the company was bracing for more deliveries across the major growing regions of both NSW and Victoria once rain conditions ease.

"As with any large harvest, our teams are working incredibly hard to bring in the grain, with over three million tonnes now received into the GrainCorp network," Ms Simons said.

"We're pleased to be getting some great feedback from growers on the service they're receiving and at many of our larger sites, we operate multiple shifts to ensure we can provide 24-hour service where needed, while keeping our people safe."

The story Harvesting operations pick up as wet weather sets in first appeared on The Land.