Bidding was strong early on, with many of the big offers flowing through in the first 22 lots.

Fifteen vendors sold 75 heifers to a top of $13,000 to average $6653 at the annual Cream of the Crop Droughtmaster female sale at the Coolabunia Sale Complex near Kingaroy on Saturday. 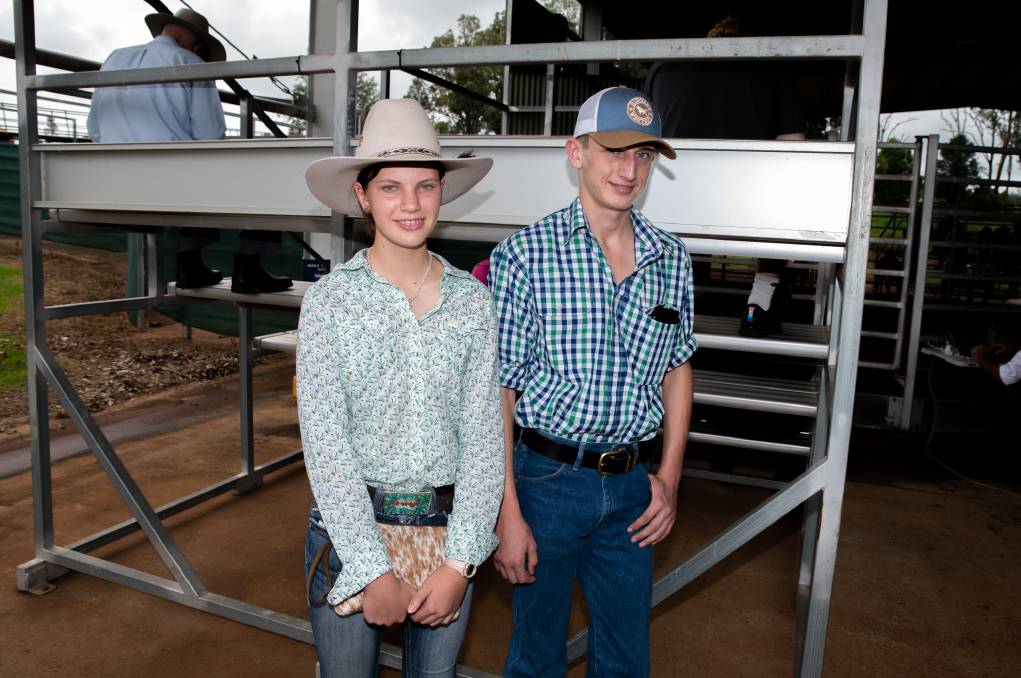 Brian Heck said he was very pleased with the prices on offer this year and was happy to sell two females to a return buyer.

Mr Heck said Marigold was a long, deep heifer with a quiet, good nature and her breeding line was special.

"Her grandmother Princess Mary won grand champion at the Ekka in 2010 and her mother is by Skye Wilfred, which has been a great sire for us."

Ms Streeter said she was looking for a couple of heifers of joining age, and having previously bought Bryvonlea cattle, she began researching their offerings online.

"I saw the photos on Facebook and the first one I picked out was lot 13 (Silverstone)," Ms Streeter said.

"Originally, the photo of Marigold never took my eye, but then a video of her came up on Facebook a couple of days before the sale and I really liked her.

"I wasn't planning on spending that much money on two heifers, but I believe that you have to buy the best that you can and their cattle are so consistent."

Second-top of the sale was Seymour Mariah (P) (IVF) at $12,500, sold by Rob and Kirstie Orphant, Seymour Droughtmasters, Gunalda, to the Smith family, Gainsford.

The Roberton family at Coalstoun Lakes and Underwood Grazing Co at Pine Hills, Wallumbilla, both sold six females to average $6917 and $5500 respectively.

Selling four heifers each were Nindethana Pastoral, Camp Mountain, and the Terry family, Haden, who saw $7750 and $6500 averages respectively.

Marylands Droughtmaster Stud at Quinalow sold one female for $7000, as did Sarah Jane McCartnery from Purga ($9500).

Buyer interest came from across the state and interstate, including Moura, Quinalow, Gin Gin, Warwick, Chinchilla, and Curlewis, NSW.