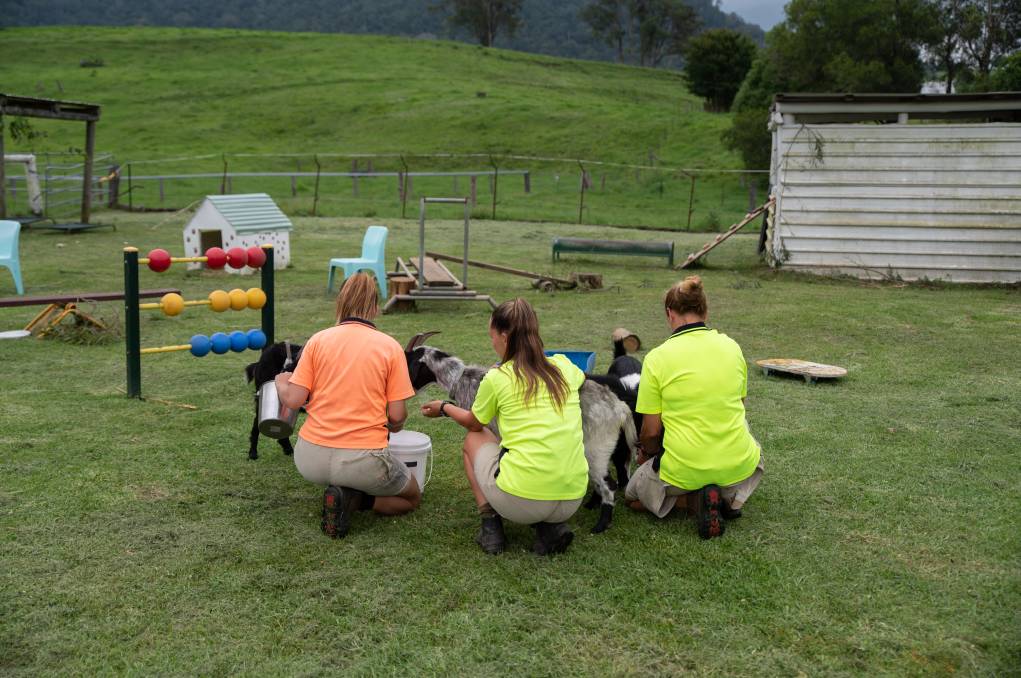 Experts don't know why the rate of female prisoners is increasing rapidly, but they do know education and training in jail is making a difference.

A south east Queensland correctional centre is turning to agriculture in the hope of reducing the skyrocketing rise in female inmates.

The number of women in Australia's prisons has grown by 63 per cent in the last decade, the rate of reoffending remains high, and authorities don't know exactly why.

What they do know is education and training is making a difference.

As Queensland's only women's prison farm, Numinbah Correctional Centre is taking a life on the land approach, running a livestock program to keep women out of trouble. NCC - also the Gold Coast's sole prison - is a low security facility in the Numinbah Valley in the hinterland.

Originally built in 1939 to house male prisoners, the unfenced complex is situated on a 190-hectare reserve. A women's annex was added in 1997, and in 2012, it transitioned to a female-only prison.

The facility can accommodate 119 prisoners, with women transferred from correctional centres in Brisbane, southern Queensland and Townsville to serve both short and long term sentences.

A range of programs and activities are offered at the centre, and all of the courses available are vocational education and training-recognised and TAFE-accredited.

It's the five-year-old beef cattle program, however, which is making the biggest difference to the women's attitudes and chances of rehabilitation, according to staff.

Bec said many of the women at Numinbah had no experience with livestock, so they started off with a cattle induction course to teach them about mustering and flight zones.

"When you bring the women out for the first time, they're generally pretty good, but the cows will still want to go a different way. The girls have to block them, and when there's a cow coming, they run away," Bec said.

"The cows are going and you just see their confidence grow out of sight. They become very passionate about them."

Bec said it was hard to say if the women were successful in gaining employment in agriculture upon release, but anecdotally at least, the hard work appeared to be paying off.

"We don't have contact once they get discharged [but] I haven't seen any of those women come back into custody," she said.

"It gives them a different environment to help them reintegrate back into the community. I think we're in a very fortunate position to work with these people," Ms Crossley said.

That's compared to a 14pc rise in Australia's population during that time.

A 2020 report by the Australian Institute of Health and Welfare says there is not enough information to be certain about why the number of women in prison has been increasing.

However, it offers two possible reasons: women's crimes might have become more serious over time and therefore more likely to attract a prison sentence; and women might be receiving more severe responses to relatively minor crimes.

Some evidence suggests the majority of women in prison are victims of domestic violence, with between 70pc and 90pc experiencing abuse. Experts say this is a strong contributing factor to their criminal behaviour.

And once in the system, they are likely to return, with AIHW finding 72pc of the women had previously been incarcerated.

However, with the right approach behind bars, the statistics can be turned around.

A 2018 study by five Australian universities found prisoners who took vocation and education training programs in prison were twice as likely to remain offence-free five years after release when compared with inmates who didn't.

Additionally, a 2018 evaluation of the state government's Transition to Success program for juvenile offenders found more than two-thirds of graduates did not offend within 12 months of completion. 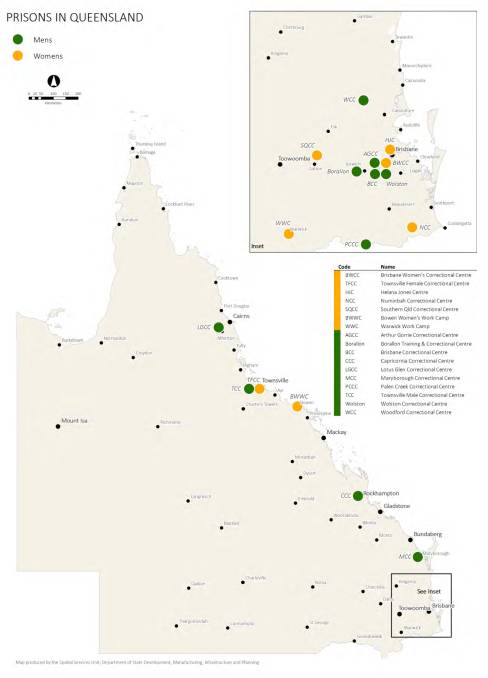 Dreams of a life on the land

Inmate Sarah* sat down with Queensland Country Life to talk about what's changed in her life since moving to Numinbah.

Working in hospitality prior to entering prison, Sarah had no idea about farming.

"When I arrived here, the only thing I could offer Bec was that I'm a team player and I work hard," Sarah said.

Sarah worked her way up at Numinbah, and after a year, became the leading hand, managing four to five women.

"I knew I'd be there eventually, I just needed the time to learn and by the time it came around, I was comfortable with it. It's a team environment, and especially when you have your back turned out in the paddock with the animals, you need to know the other women have your back," she said.

In December 2020, she experienced a life changing event out in the paddock. Bec was on holidays and Sarah and her team had to help one of the cows calve.

"It was Christmas Day," she said.

"We knew she was due soon and we were casting our eyes over the mob. There were four of us [workers] and the supervisor went to get chains and gloves to help the calf out.

"I put the chains around the calves' legs and out he came. I reckon he would've been 70kg - he was a big boy.

"It was amazing. It was a bonding experience. It's something else to talk about rather than the depressing stuff.

"The animals are a really good glue for the women here. It's easy to dwell on issues but it takes you out of your head."

Sarah has now finished her certificate II in rural operations and hopes to work on a farm upon release.

"I think I'd work in agriculture with cattle," she said.

"I just love them. They've got beautiful personalities. And I'll be getting a pygmy goat.

"A lot of us come from domestic violence situations. The animals don't judge you. There's no criticism. They love you. Jails can be a tough place but you can find some inner peace."

*Sarah not her real name.