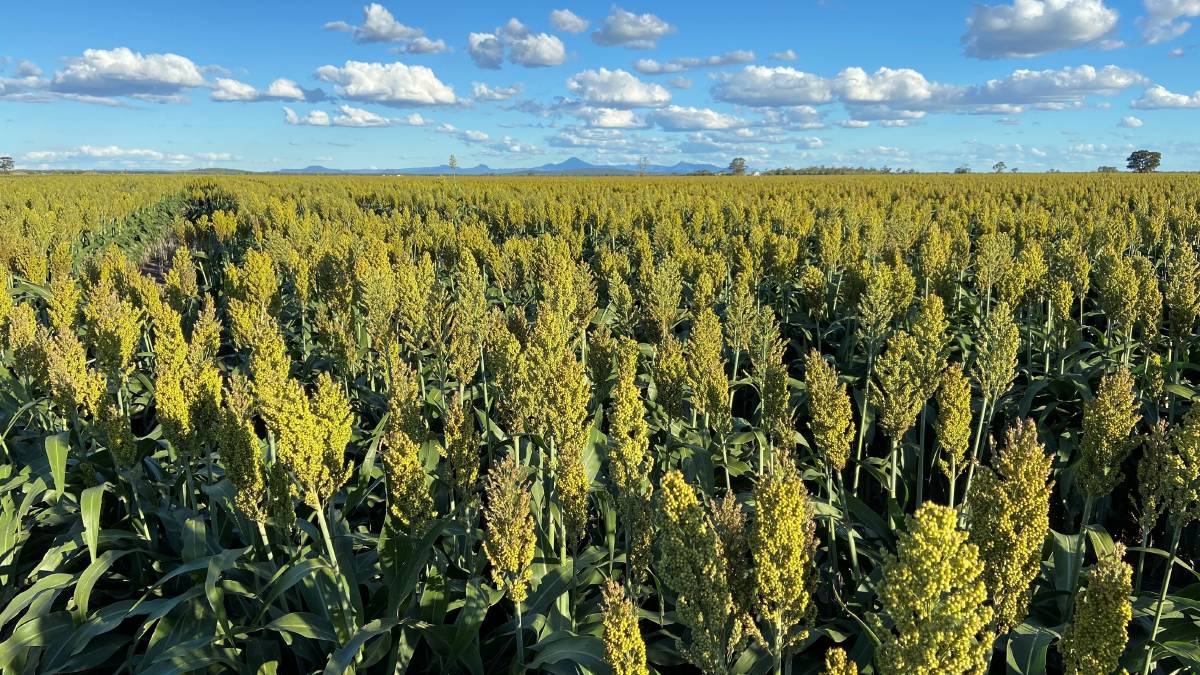 In just a few years, Cracka grain sorghum has proven its value as a versatile grain sorghum, particularly in the more marginal regions of northern NSW, southern Queensland and pushing into Central Queensland.

In the few years that Cracka grain sorghum has been available it's already shown its true colours as a versatile grain sorghum, particularly in the more marginal regions of northern New South Wales, southern Queensland and pushing into Central Queensland.

It's ability to maximise water usage, easy establishment and germination and short turn around to flowering, gives croppers a reliable crop for either early planting to capitalise on a double crop across summer, or as a later season crop should the season be later than expected.

In most cases, Cracka's primary market is the feedlots or the grain-based feed systems. In tough drought years it can be used for silage and hay in some instances in poorer years.

Barenbrug's Portfolio manager - tropical and summer crops, Ben Vercoe said the later start to the season this year, means using a crop like Cracka grain sorghum is still an option when other varieties or other grain crops will run out of growing time when heat and water stress become an issue.

"Cracka has really good vigour out of the ground," Mr Vercoe said. "In marginal years and environments, getting a seed out of the ground is the first hurdle, and getting a good strong plant with confidence, is what often sets up for a good yield.

"Cracka's ability to jump out of the ground and establish an event plant stand is a real benefit.

"If you're comparing a red grain sorghum against other summer grain options, something like corn, it's a much more water efficient crop, so getting a crop has a lower risk, and the yields will be higher.

"Red grain sorghums also don't need quite the level of inputs like other grains, so in an environment where the cost of urea is skyrocketing, it is potentially a sounder investment. If you take a punt seasonally on other crops that may have higher returns, it will come with a higher risk profile."

In internal Barenbrug trials and the NVT reports, Cracka has proved an excellent variety for grain size, ease of harvest, standability, giving one of the best varieties for low screenings and large grain size, which is an important factor for farmers in more marginal areas. 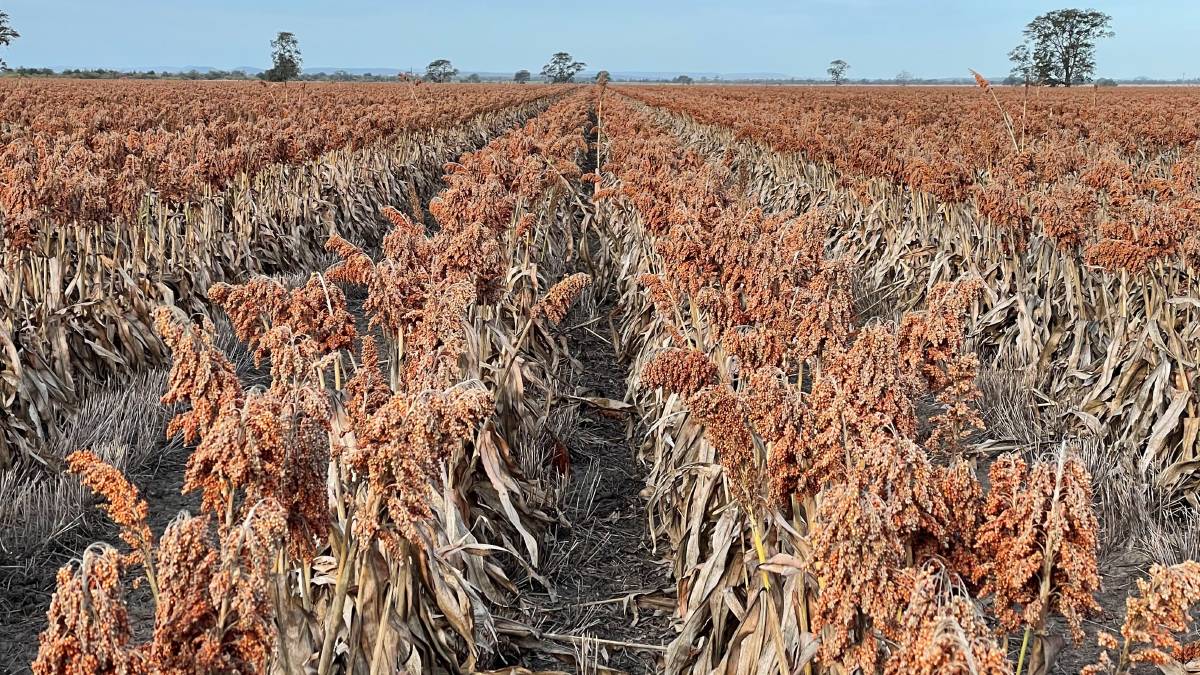 Cracka dry down at Waterloo broadacre cropping property near Moree.

Reliability and knowing that your crop is going to stand up, and ease of harvest, is a real positive, said Mr Vercoe.

"A case in point is a grower in Moree, NSW," he said. "A broadacre property, grain sorghum has been planted for years, but the summer of 2018-2019 was particularly bad for rainfall; it was Cracka that managed to take advantage of the soil moisture and what rainfall did occur and provide a grain crop where the others failed."

Cracka's ability to tiller, gives the grower freedom to utilise wider row spacings and reduce the plant population and still have the ability to yield.

In marginal areas where the aim is to lower plant populations and wider spacings to minimise water usage, the plants will tiller and capitalise on rainfall while also maturing evenly.

"A cropper south of Toowoomba was surprised at how easy Cracka is to harvest," Mr Vercoe said. "The standability, the grain head standing clear of the stalk, all meant that the header was able to cut the crop with ease. 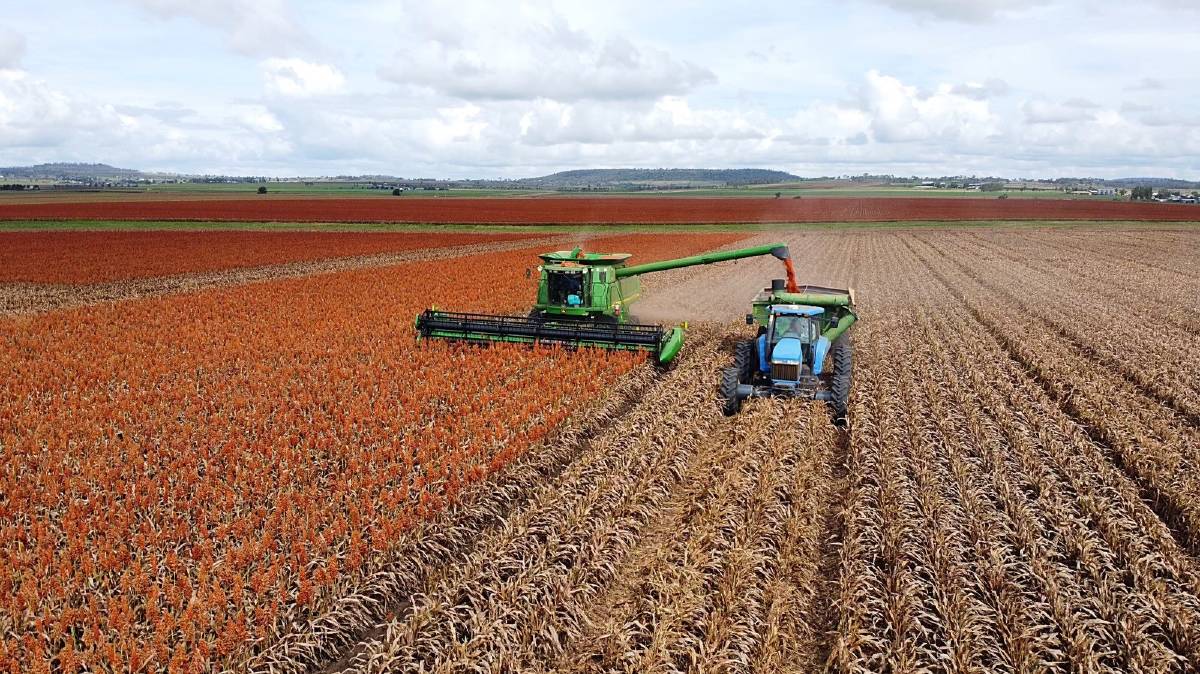 "As a mid-maturity hybrid grain sorghum, it is a good option for an earlier plant, and to set up for a double crop for winter if the moisture is available and the temperature is right.

"Alternatively a late December into January plant, after a late winter crop, like we are currently seeing in 2021/22, will enable it to fallow over winter to set up for another planting for summer. It depends on the conditions, but the versatility of Cracka helps meet those varying conditions.

"The grain size is also important, in the sense that if water is a concern, you won't get pinched grain and high screenings, so you can grow with confidence no matter the conditions, and the quality of the grain will be of a consistent high standard."