As the sheep industry changes and evolves, Tom Bull said the driver of many producers' businesses moving forward is a focus towards high quality lamb, and this is being driven by a new generation of farmers. 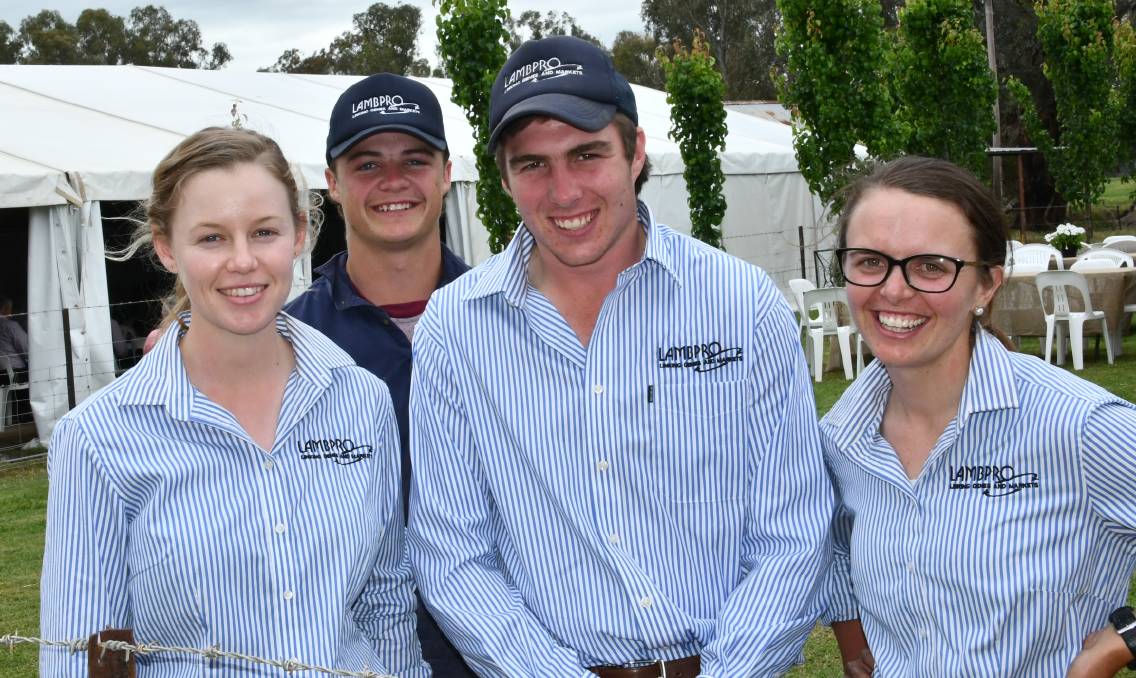 Building on its reputation as the largest supplier of lamb genetics to the Australian lamb industry, Lambpro made history last week as the first single vendor ram sale to sell 1000 rams in one day.

In all, Tom and Phoebe Bull and the team at Lambpro sold 1366 rams in total across their two-day selling event, with demand for high-performance genetics that offer a combination of maternal and carcase traits in one package evident.

As the sheep industry changes and evolves, Mr Bull said the driver of many producers' businesses moving forward is a focus towards high quality lamb, and this is being driven by a new generation of farmers.

"Our clients' lamb is marketed globally, with many clients starting to capitalise on a decade of work on marbling in lamb," he said.

"Combine that focus on high quality lamb with the use of objective data, and the returns for long clients on a per hectare basis is significant.

"The Primeline Maternal is one of the longest standing specialist meat sheep programs and the research that underpins the program, is now gaining greater recognition in the market place. We have been breeding rams since 1991, and our Primeline Maternal program commenced 20 years ago.

"There is a lot of optimism, people are getting big lambing percentages and ewe lambs last week were averaging $310 a head off mum. The demand for Primeline Maternal ewes is positive, and we have a number of clients that will market nearly one million dollars of ewe lambs this season.

"I think it is a real sign the sheep industry is moving towards meat not wool."

ALSO IN NEWS:Australia to pause for Remembrance Day

But the major highlight was day two when 1045 Primeline Maternal rams went under the hammer and drew a crowd of 125 prospective buyers to the Holbrook-based operation.

Setting an extremely hot pace from the get-go, auctioneers Paul Dooley, Tamworth, and Ross Milne of selling agents Elders, had the bids coming frantically with the first 600 lots averaging around $6200.

IN OTHER NEWS: NSW submissions flood for telecommunications review

With a young team of sheep enthusiasts in their 20s all driving the Lambpro business operations, Mr Bull recognises the changing of the guard that is occurring. The stud master of the future is less likely to be an older male, and more likely to be a younger female, and Lambpro is a key driver of this cultural change.

"We are seeing more of the younger generation, equipped with university degrees, technology and skills to drive productivity forward, taking the reins," he said. "It is positive for industry, and it is good to give them recognition. There is a change in agriculture with a lot of young people coming through and they are going to make a big impact."

A son of Lambpro 206625 the ram combined massive weaning weight ASBV, combined with a balanced set of numbers for fertility, muscle and marbling.

Mr Bull described the sale-topper as a balanced ram which ticked all the boxes for growth, muscle, marbling and fertility.

A large number of rams sold to long-term repeat clients. Romani Pastoral Company, Harden, and TA Field, Holbrook, were buying on the first day, while Paspaley Rural, Rockley, were active on both days.

Annually hosting sales since 2003, this year's sale was the largest draft Lambpro has offered but they aim to increase the Primelamb Maternal ram numbers to 1500-1600 in 2022.

Around 20,000 Primelamb Maternal ewes will also be offered on AuctionsPlus on November 23.

The story Lambpro sells all 1366 rams in two-day sale event first appeared on The Land.