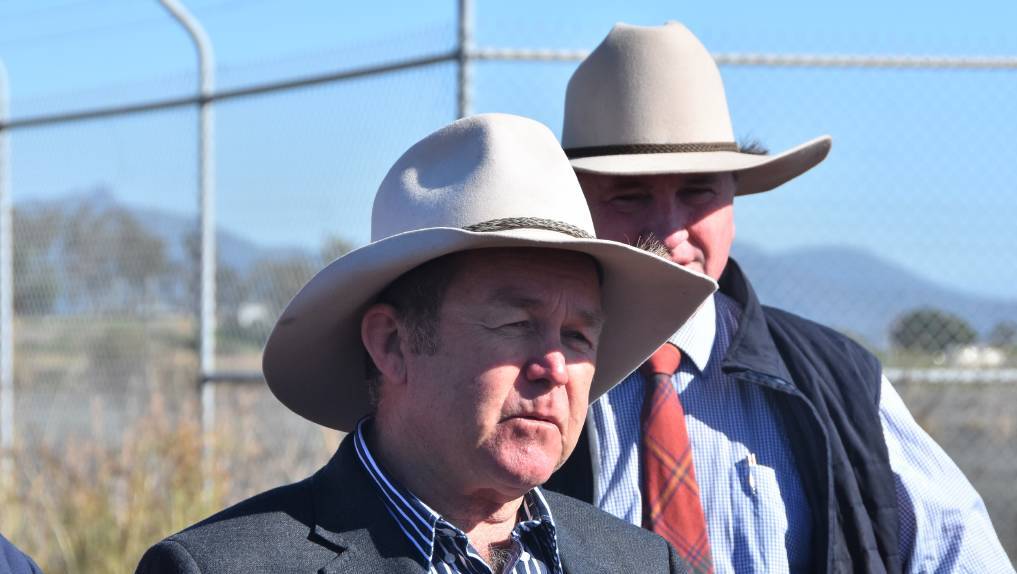 Colin Boyce speaking to the media earlier this year, following his announcement as the LNP candidate for the federal seat of Flynn for the forthcoming election. Picture: Ben Harden

He's only a potential federal politician at this stage but if he had been in the Nationals' party room in Canberra last week, there's no doubt that Colin Boyce would have been arguing strongly against a 2050 net zero emissions policy.

He's only a potential federal politician at this stage but if he had been in the Nationals' party room in Canberra last week, there's no doubt that Colin Boyce would have been arguing strongly against a 2050 net zero emissions policy.

Currently the state Member for Callide, Mr Boyce is the pre-selected LNP candidate for the federal seat of Flynn.

He issued a statement on Tuesday announcing that he wanted to make it clear that he did not support net zero carbon emissions by 2050.

"What exactly does it mean," he asked. "How will it affect the jobs, businesses and industries of rural and regional Queensland?"

Mr Boyce said that to date, there was no explanation that was remotely credible.

His statement detailed how carbon intensive the Flynn electorate was - three coal fired power stations, a dozen very large coal mines, shipping in Gladstone Harbour, heavy industry in the form of an aluminium smelter and processing refineries, cement, chemicals and engineering, a CSG industry at Curtis Island, the Wiggins Island coal terminal, and hundreds of other support businesses.

He included agriculture in his list of carbon-intense industries, and said the electorate was a major generator of wealth for the nation.

"Can someone explain how zero net carbon will impact Gladstone and central Queensland, and at what cost," he asked.

"I cannot support a 'you'll be right' attitude with no details.

"It would be economically irresponsible to do so."

On Sunday, Nationals MPs announced they would back Scott Morrison taking a 2050 net zero carbon emissions target to the COP26 UN climate change summit in Glasgow next week, on conditions agreed to with the Prime Minister.

It is understood the key to getting the junior coalition partner over the line was a "socio-economic safety valve" which would include regular reviews of the impacts of the emissions target on jobs and industries in rural and regional areas.